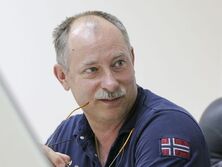 The Russian military is ready to seize territory, rob, kill, rape, but they do not want to defend the occupied lines, Ukrainian military expert, reserve colonel Oleg Zhdanov said in an interview with the founder of the GORDON online publication Dmitry Gordon.

“A very interesting situation turned out with the Kherson direction. We saw the wrong side of the ideology of this war. As soon as we took counter-offensive actions on individual sectors of the front, Kherson in particular, we immediately got success. And we continue to develop this success. What is the wrong side of the ideology? The fact that the Russian soldier is not ready to die for the Ukrainian Kherson. That’s what it turned out. That is, they are ready to seize territory, rob, kill, rape, they are ready, but as soon as it is necessary to sit on the defensive and start defending the lines that they have reached, – here they are not ready, but ready to go home,” Zhdanov said.

He is convinced that Ukrainian troops have the ability to squeeze the Russians out of the Kherson region.

“We entered, as I understand it, from three directions and now we are trying to connect them together, pushing the Russian troops closer to Kherson. We have reached a certain point and further until our troops move. defense lines that they have built. And, by the way, the Russians are now intensively building them up,” the interlocutor emphasized.

According to him, Kherson can be returned “with minimal losses.”

“Finally, the General Staff made a decision and strikes were carried out on the Antonovsky bridge and on the railway bridge, on Novaya Kakhovka on the bridge. In fact, if we block traffic, take at least under fire control the movement on these bridges, then the entire right-bank grouping of Russian troops : both Krivoy Rog and Kherson will be in the operational environment,” Zhdanov said.

War of Russia against Ukraine. Golovnya (to be updated)

Rise in France, the WHO worried about the resumption of the epidemic… the point on the coronavirus

In the South, Newell’s was a clear winner against Banfield

“Baby food won’t be needed if the kids die.” Zelenska called on Western countries to accelerate the pace of providing Ukraine with weapons