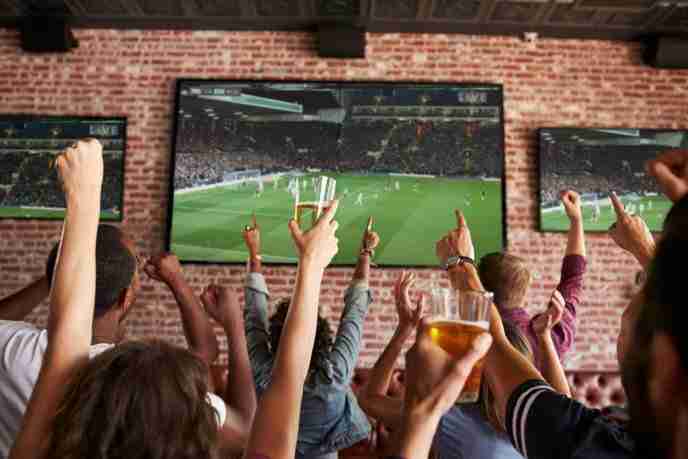 The provincial program “La Provincia Alienta” comes to our city and consists of the projection of the matches of the Argentine National Team during the Soccer World Cup in Qatar and the realization of different activities around the World Cup event. Starting at 2:00 p.m., the community is invited to come to calle 102 bis N°3837.

This Saturday, November 26, starting at 2:00 p.m., a “Punto De Alimento” will be set up at Club 9 de Julio to watch the game on a giant screen. Andrea Cáceres, councilor of the Frente de Todos confirmed the holding of this event.

For all those who want to attend, enter through Calle 106 until you reach the place located at Calle 102 bis N°3837. You can take the mate and lounge chair.

See also: Usurpation in front of the Necochea Terminal: the majority of those involved were women and children

“The Province Encourages” is a program carried out by the Cultural Institute of the Province of Buenos Aires, the Ministry of Community Development, the General Directorate of Culture and Education, the Ministry of Public Communication and the Provincial Institute of Lottery and Casinos of the Province of Buenos Aires that seeks to generate the meeting the celebration of the community in the accompaniment of the Argentina Men’s Soccer Team during the World Cup in Qatar 2022.

It is a broad and comprehensive proposal, where screens are placed to be able to see the matches of the national team in a community way; with game spaces with the World Cup theme; and promoting local productive development, with the inclusion of producer fairs and gastronomic walks; there will be stands with productions related to Argentina’s participation in previous World Cups; cultural shows and live music; among other things.

Sexuality during and after cancer, Jessica Resteghini: “I’ll tell you my story”

Public Health confirmed a case of malaria in San Juan

Budget allocations for a number of services have increased

Campaign on the risks of alcohol, tobacco and marijuana

The opposition counterattacked Máximo Kirchner: “They feign insanity without recognizing that they are the ones who govern”