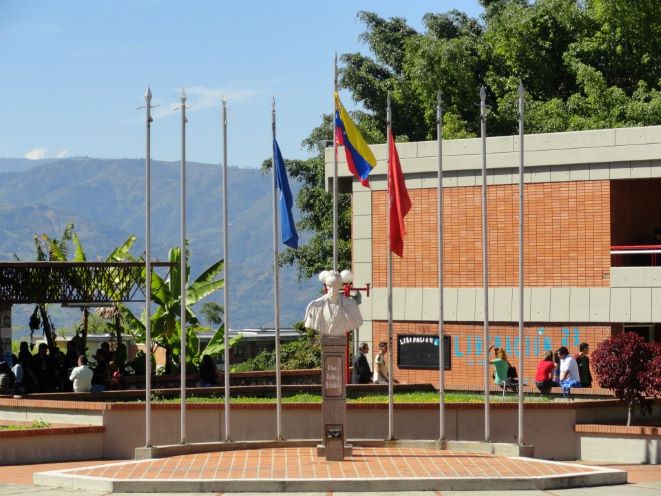 
Three decades have passed since the impetus and vision advanced by others and the filigree of valuable academics, including Christopher Birkbeck, Luis Gerardo Gabaldón, David Delgado Iturriza and other professors, fundamentally from our Faculty of Legal and Political Sciences – University of Los Andes conceived what at first was a project that certainly seemed very ambitious by proposing nothing more and nothing less than criminology studies, not as a specialization or master’s degree that existed at the time in the country, but with a lead foot, discipline stoically and boldly propose a five-year undergraduate degree—literally a bachelor’s degree in criminology.

With this drive and vision, the first School of Criminology was born not only in Mérida, at the Universidad de Los Andes, in Venezuela, but in Latin America, that is, it is a pioneering school with a history and a certain lineage in its field. Such audacity or presumption had an academic foothold written on a mantle of volcanic rock… the proponents were not initiates, much less improvised, and like any project it needed people in charge, promoters, glow plugs that would produce the necessary combustion to ignite that project. academic engine that passed all the filters and controls (Faculty Council – University Council – National Council of Universities and others) and crystallized in the third and youngest school of our Faculty of Legal and Political Sciences of the University of Los Andes after the Schools of Law and Political Science.

A lot of water has flowed in three decades, which is said to be easy, but it is not. That School of Criminology of the ULA has its own imprint. The formation of its original Curriculum of Studies, its professors, subjects, seminars and something very important, that school was born – as corresponds to an intervention discipline – anchored and linked to researchers and research projects. Remarkable teachers linked to the field of criminology have passed through its classrooms, hundreds of graduates scattered throughout the world in public and private institutions, let us remember that the criminologist is basically a specialized analyst with the capacity to intervene, investigate and prospect on the problem of crime and social control, our graduates are some teaching, others researching, others directing multiple and varied programs, in various organizations linked to security, prevention and social control, others in the high Venezuelan government doing activities of various kinds, the retrospective is positive when considering the evolution of that project and school, which coincided with the completion and inauguration of the new and current headquarters of the Faculty of Legal and Political Sciences, located on Avenida Las Américas in Mérida Núcleo Liria in front of the Monumental Roman Eduardo Sandia Bullring.

Our students have been educated with an extraordinary profile and training, especially in the first two decades when our School of Criminology was literally an academic bastion of great teachers, professionals, visiting scholars, laboratories, books, collections, series, studies. Our boys would start as in any science or discipline studying the genesis of criminology in the works of Paul Topinard, Rafaelle Garofalo, through Cesare Lombroso, Enrico Ferri, Franco Ferracuti, Ted Gurr and others. Currently, they are responsible for training around the great advances in social psychology, psychiatry, statistics, legislation, methodology, human rights, prospective, transdisciplinary research and others, and in the studies and contributions of a select group of academics of the stature by Vicente Garrido; Jorge Sobral, Santiago Redondo, Alfonso Serrano, María de Los Ángeles Luengo, Lourdes Mirón, Eugenio Garrido, Carmen Herrero, Jaume Masip, Christopher Birkbeck, Luis Gerardo Gabaldón, Lolita Aniyar de Castro, Juan Antonio Rodríguez, Carlos Vilalta, David Rodríguez Goyes, Lucia Dammert, Cecilia Chouhy, Hugo Morales, Massimo Sozzo and others who have cemented with their works, scientific articles, comparative research projects or case studies, among others, a very fruitful field of criminology on a planetary scale.

The evolution of society on a planetary scale has been complex and at the end of the 20th century and the first decades of the 21st century we will observe a host of situations, distortions, phenomena, various problems in our societies, which undoubtedly require an approach and treatment by the criminologist. The field of study, the profile, performance and object of criminology and the criminologist is broad, standing out from crime (genesis, control and prevention); the study and classification of the delinquent (basically his personality and treatment); of course delinquency (undoubtedly its prevention, prediction and measurement or quantification) going through complex areas such as the study and analysis of the victim, crime, behaviors such as alcoholism, prostitution, drug addiction to legislation, protocols and administration of justice among others, and hence its link to criminal law and criminal procedure.

Not in vain our Faculty of Legal and Political Sciences founded several decades ago a Ting Tang the CENIPEC (Héctor Febres Cordero Center for Criminal and Criminological Research) dedicated to the academic and investigative crossroads of criminology and criminal law, whose main contributions and results are published in the Cenipec Magazine that together with the Center and its research projects are being relaunched academically and institutionally currently in charge of professors Juan Antonio Rodríguez, Francisco Ferreira and a valuable team, an aspect that reveals the concern that criminology and criminal law not only in the academic context but daily.

Beyond this brief recount, without a doubt, criminology and its professionals are obliged to account for an immense number of situations, facts, phenomena, some of which are old, others more recent, and even some that are emerging in this globalized and transversalized society, not only because of Covid, but other social pandemics that by effects demand their approach and treatment. Congratulations to our professors, researchers, our students, criminologists, especially the graduates of our school in the midst of their thirtieth anniversary. We hope soon to teach again in your classrooms as a visiting professor in the Chair of Human Rights that I have had the privilege of being.

Professor at the University of the Andes
E-mail: [email protected]

Venezuela would have one of the highest deforestation in Latin America

There was a lack of documentation, the 36-year-old tries to corrupt the police in Rinas

Zelensky: We will not sit down at the negotiating table with the Russian Federation at all, if we talk about “demilitarization”, “denazification”

Just 4 days before the start of the war in Ukraine, the ‘nervous’ phone call between Putin and Macron is revealed

Tax Planning: Four ways you can save tax on increased salary, take home salary is affected

“It was his baptism in the Bois de Boulogne, two months after his arrival”