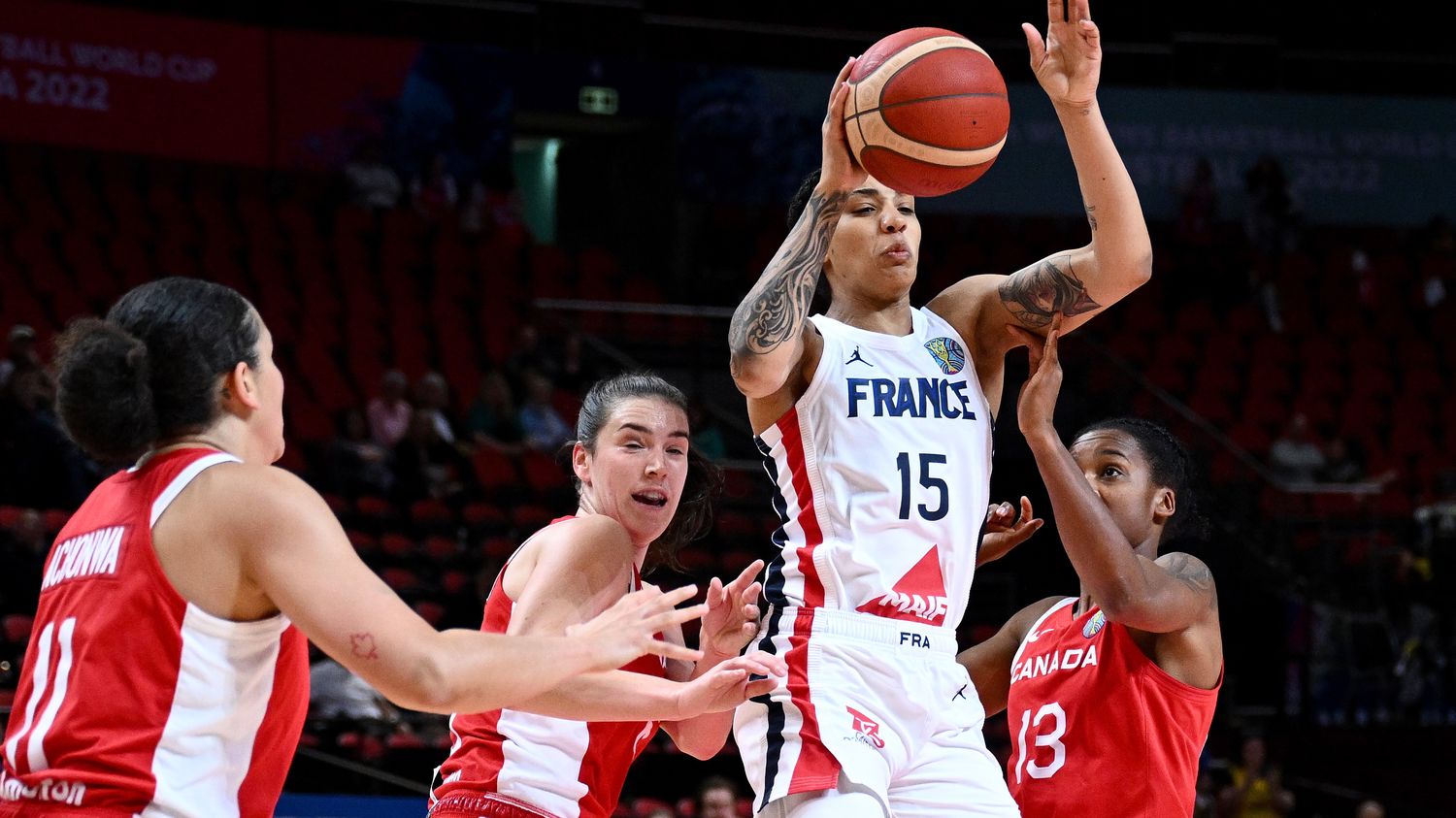 The France team failed to capitalize. The day after his surprise victory at the start of the World Cup against Australia (70-57), Les Bleues suffered a big defeat against Canada (59-45), Friday, September 23, for the second day of the group stage. Their clumsiness in shooting did not allow them to hope for a moment to compete with their opponents of the day.

#FRACAN
Alexia Chartereau: “We are inevitably disappointed, it’s up to us to bounce back” pic.twitter.com/pu3VHJ2jBl

Against the Canadians, who had already beaten Serbia (67-60), the Tricolores were never able to string together a second precious victory in view of the quarter-finals. Never in front of the score, they saw the teammates of Nirra Fields (17 points) take off because of a 17-0 straddling the end of the second and the beginning of the third quarter time (from 20-17 to 37- 17). Six minutes during which Jean-Aimé Toupane’s players did not score a single point.

An address at half mast

The attack was precisely the big black point of the service offered by the France team. She was at a loss for inspiration and skill (19/62 in shooting including 3/19 at three-pointers), like Marine Fauthoux (7 points at 2/12) or Gabby Williams (13 points at 6/15), yet sparkling against Australia (23 points).

After a day of rest on Saturday, the France team will have to resume against Mali, Sunday, September 25 (6:30 a.m.), to get closer to the first four places in the group, qualifying for the quarter-finals.

Direct Federer-Nadal 4-4 on Sock-Tiafoe: the last game of Roger's career at the Laver Cup

waiting for you at the exit

Group strike: this Wednesday they will announce that the force measure is lifted

The hilarious fall of Katy Perry, dressed as The Little Mermaid

In two weeks, 220,000 people were vaccinated against the flu

You can tell by looking into a person’s cholesterol level