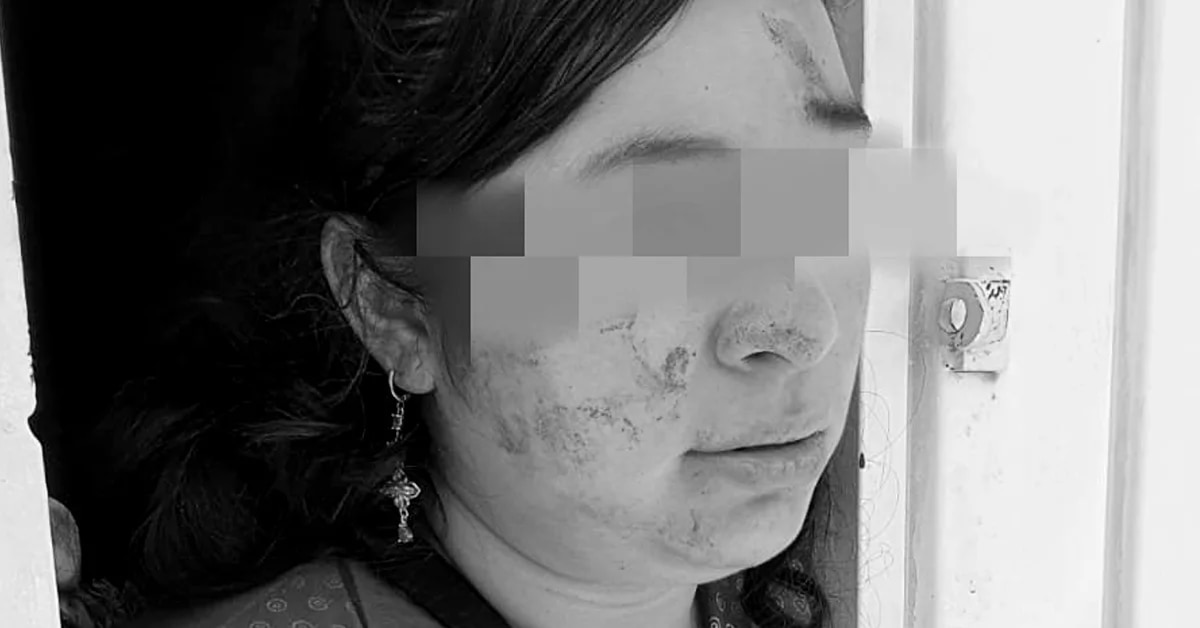 Theresa “N” surrendered to the authorities after confessing that defending himself from his attackerwho was sexually and physically abusing her, he died and his body was left on the floor of his home located in the Merced Balbuena neighborhood, Venustiano Carranza mayor’s office, Mexico City.

According to police reports consulted by Millenniumthe events occurred around 1:00 p.m. this Thursday, when cops of the Ministry of Citizen Security (SSC) of the sector Mercy Balbuena They went to 309 Heliodoro Valle Street where the woman was.

There they interviewed Teresa “N” who had several bruises and bloodstains on her hands and face, for which they requested a medical unit to treat her.

She told the officers that had just suffered physical assault and sexual abuse by your partner, Romulo Martinez, 52 years old. When asked where he was, she replied that he was in the bathroom of the house and allowed the elements to pass.

There the police found the body of the subject who had buried a metal rod in the nose and one more in the mouth. The paramedics of the Emergency Medical Care System (SAMU) reviewed him, confirming that at that time he no longer had vital signs.

Theresa “N” confessed that she had hurt her sentimental partner to defend herself of the attacks, so she finally turned herself over to the police, who took her to a Public Ministry where she was made available to the authorities.

What does the law say about self-defense?

In the Penal Code of Mexico City, the Article 29section B, indicates that this is justified when repelling “a real aggressioncurrent or imminent and without right, in defense of their own legal assets or those of others, provided that there is necessity of defense employed and there is no sufficient and immediate malicious provocation on the part of the victim or his defender.”

He adds that the “legitimate defense exists” when “harm is caused who by any means try to penetrate or penetrate, without right, to the place where the defending party lives temporarily or permanently, to that of his family or to that of any person with respect to whom the agent has the obligation to defend, to his dependencies or to the place where his own or third-party property is located. with respect to which the same obligation exists. The same presumption will exist when the damage is caused to an intruder at the moment of surprising him in any of the aforementioned places in circumstances such that reveal the possibility of aggression”.

That said, in the case of Teresa “N” there is legitimate defense since at that moment she was being physically and sexually violated by the subject. Her intention was to be safe.

In these cases, the law indicates that in excess of legitimate defense, the fourth part of the sanction corresponding to the crime in question, leaving the imputation for intentional purposes, which means that the woman should not be charged with the crime of murder nor be punished by a sentence of that gravity.

The foregoing in cases of “excess”, however in a normal case, for the person who has defended himself the crime is could exclude.

Shock in Guadalajara: the moment a driver ran over and killed the thieves who had stolen his cell phone

Abandoned on the road: this is how they found 153 Central American migrants in Chiapas

The unpunished parade of hit men from the Sinaloa Cartel: they even entered a greengrocer

Spain raises GDP growth for the second quarter from 1.1% to 1.5%

Omicron XE is a high-risk but low-risk subtype

Epidemic rebound in France, surge in cases in the United Kingdom… update on the coronavirus