Without an artificial dune, the next storm can be fatal according to Ada Bojan 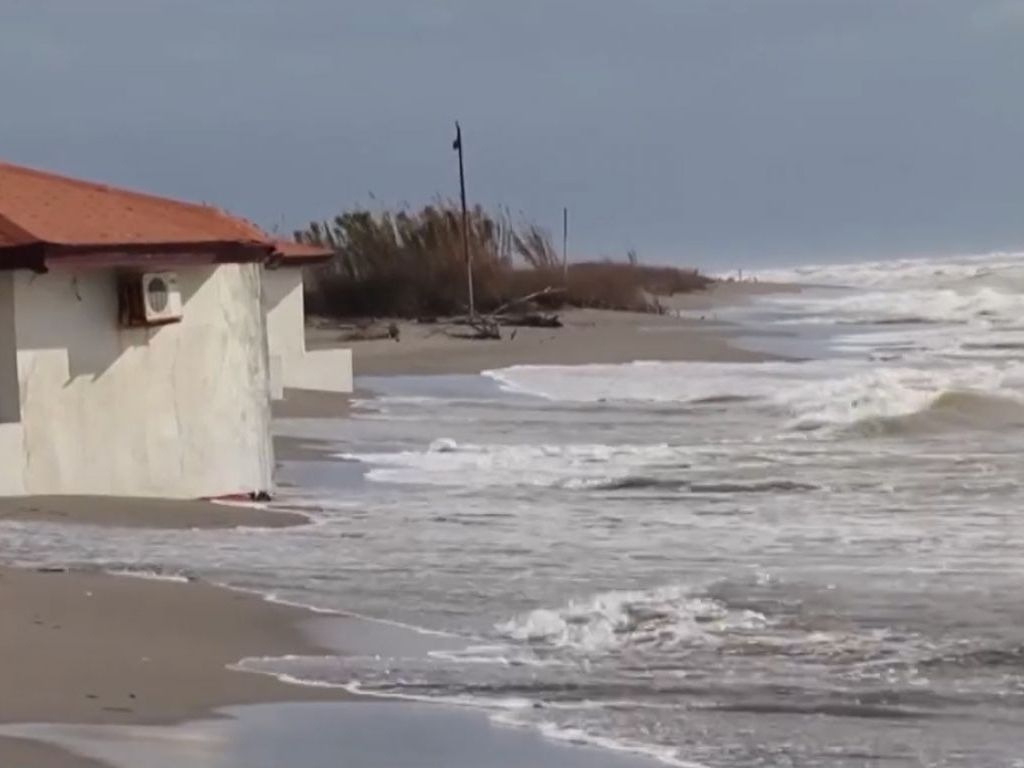 (Photo: YouTube.com/RTCG – Official channel/Printscreen)
If an artificial dune is not erected on Ada Bojana as soon as possible, the next storm could be fatal for the nudist settlement, said director of HTP Ulcinjska Rivijera Bojan Đakonović. He pointed out that the situation on Ada, which was flooded after heavy rainfall, is better today.
Đakonović said in the show “Good Morning Montenegro” that water had penetrated the buildings and that the damage must be enormous.
– The beach is almost gone. The water has swallowed the bathing area and we can say that the situation is very bad – said Đakonović.
He explained that the artificial dune last year gave excellent results, and that there were no major damages.
– This year, unfortunately, the installation of the dune is delayed. Last month, the government adopted emergency measures for the installation of that dune, but due to administrative problems and the failure of several tenders in Morski Dobr, they failed to implement it – said Đakonović.
He said that, if the dune is not erected as soon as possible, the next storm could be fatal for the nudist settlement.
– If this does not happen, we will have to remove a significant number of rooms on Ada – said Đakonović.
He noted that if a long-term solution is not found, Ulcinj could be left without its sandy beaches, without which tourism in that city would not exist.

Covid 19 situation / Ministry of Health: No loss of life and only 10 new cases in the last 24 hours

Florencia de la V expressed her anguish in ‘Intruders’: “Never in my life”

Did Kerala suffer from deafness due to Kovid-19? Care should be taken against these diseases

War in Ukraine: Ryanair accused of raising prices in the face of massive refugee departures