Why Zvezda does not recognize the new leadership of FS Belgrade: Verbal preparation of war for the head of FSS 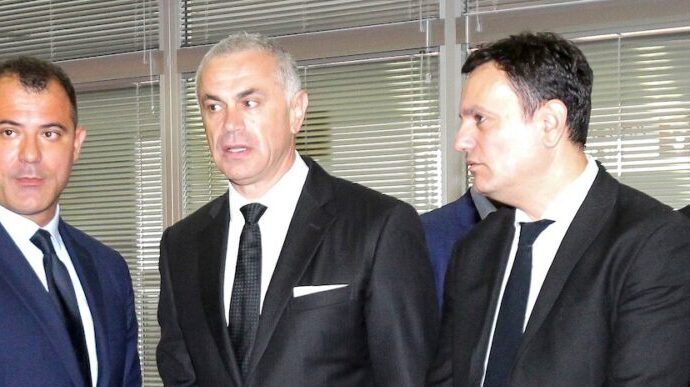 The Football Association of Belgrade will be led by Marko Zdravković for the next four years. The president of the Superleague Voždovac received the unanimous support of the assembly delegates. The duties of general secretary will be performed by Miloš Mirković, who was also employed in Voždovac, as a director and the club’s first operative.

News that many media outlets missed, and some probably ignored it due to its “unattractiveness”, but nevertheless the information is significant only locally, one of the many elections that are an introduction to the important and attractive ones – for the top of the Football Association of Serbia, whose Assembly is scheduled for October 31.

But additional importance and “symptomaticity” of the meeting held the day before yesterday was given by a protest and a threatening announcement of FC Crvena zvezda, which was signed by the president of the Board of Directors, Svetozar Mijailović.

FC Crvena zvezda sent an official letter on Sunday in which they requested the postponement of the Assembly of the Football Association of Belgrade for seven days, because it had already been held in secret. It was stated that FC Crvena zvezda was not informed within the prescribed period or consulted as our biggest club, and that Partizan and Čukarički were also uninformed, and that it was a gross violation of the Statute.

It is claimed that FSS Secretary General Jovan Šurbatović is involved in the whole story, who, according to Zvezda, told the parliamentary delegates that all planned personnel solutions for the FSB were agreed with the political leadership of the Republic of Serbia, which does not correspond to the truth.

At the beginning of the session, the representative of Crvena zvezda Goran Negić read the aforementioned letter and called on the delegates to leave the session and accept the proposal to move the Electoral Assembly, but none of the 34 out of 39 delegates present responded. The representatives of the first league team Grafičar and women’s football club Crvena zvezda did not attend the meeting.

The president of the commission for the implementation of elections in the FS of Belgrade, Miroslav Sever, rejected the claims of the red and whites as legally unfounded, determined that the procedures were followed in detail and assessed that there was no reason to postpone the session. The election procedure in FS Belgrade, which began on June 17 this year, was carried out without any problems and ended on August 30, when the Assembly was formed.

The day after the letter to the delegates of the Football Association of Belgrade and on the day of the FSB Assembly, Red Star announced again that they would not recognize the leadership of the Belgrade Association, elected at that session.

“First of all, Crvena zvezda was not informed about the scheduling of the FSB Assembly, nor were the assembly materials delivered to us within the stipulated time. Therefore, there is a procedural violation of the Statute. Here, someone was obviously in a hurry and hunting in the dark. Never in history has the president of FS Belgrade been elected without first consulting Red Star. In the event that the Assembly is still held, Crvena zvezda will do everything in accordance with its capacities to replace the possibly illegitimate leadership of FS Belgrade as soon as possible. It is not natural for Crvena Zvezda to be excluded from the work of the parent association, and this is exactly the goal and intention of holding the Assembly of FS Belgrade”, Zvezda announced with the new signature of Svetozar Mijailović.

The essence of the problem is mentioned here only incidentally, it is obviously a continuation of the war between Red Star General Manager Zvezdan Terzić and FSS General Secretary Jovan Šurbatović, which started during Slavisa Kokeza’s time as president. The association is accused of favoring Partizan, but also of all sorts of things that allegedly happened at the Sports Center in Stara Pazova. Šurbatović responded to the accusations, but he was also allegedly the key man for the expulsion of Terzić’s son from the FSS, where he previously hid.

But also the war for “votes” and power in the FSS, which has been going on latently since Kokeza retired, and is now entering its final phase because the new leadership will be elected on October 31. Crvena zvezda has been openly and for a long time against this “temporary” headed by Nenad Bjeković, so far it has not publicly come out with “its candidate” for president, but it is an open secret that only someone with the “buffel” of the state top can become the head of the Association.

And in Zvezda, they obviously know much more about this than is available to the public, because the voting machines are still being prepared in four other regional federations, Eastern and Western Serbia, Vojvodina, and Kosovo and Metohija.

And that is the background of this introduction to even fiercer clashes, because it is not about violated procedures, nor Marko Zdravković by name, because the man was already leading the FSB as “VD” since Marko Pantelić was dismissed. The key is what Šurbatović allegedly marketed to the delegates, whom he said had the support of Vučić, and how Zvezda knows about it, and they also know that it is not true.

The next “urgent” matter in this case is the announcement from FC Crvena zvezda that, in accordance with its capacities, it will do everything to replace the, according to them, “illegal” management as soon as possible. Just as when it comes to the statutory nature of that session, there are legal remedies and statutory procedures for replacing the leadership. What “capacity” means in this case is anyone’s guess, but it doesn’t sound legalistic in the least.

On September 1, the FSS Executive Board scheduled the Electoral Assembly for October 31. Delegates to the Assembly are elected by regional federations (Belgrade, Eastern Serbia, Western Serbia, Vojvodina, Kosovo and Metohija), the professional organization of referees and coaches, representatives of women’s football, futsal, basic football, the Working Union of the FSS, the pool of sponsors, the associations of Super League clubs and the first league, and the association of football representatives.

María Rosa Fugazot spoke again about Juan Darthés: “With his wife and children”

Don’t call them smartphones. They are cameras that call