Why does the regime’s media not mention the affair of the inhumane exploitation of Indian workers that it is the business of a family closely connected to Janković?! 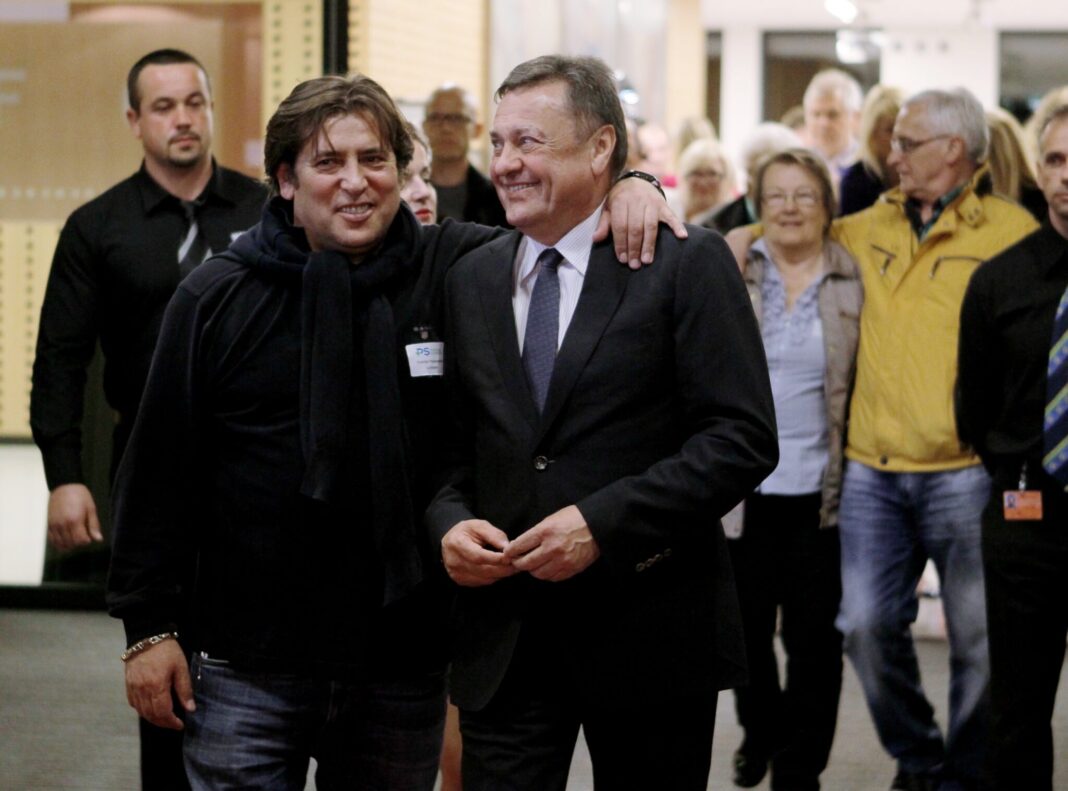 Why does the regime’s media not mention the affair of the inhumane exploitation of Indian workers that it is the business of a family closely connected to Janković?!

Testimonies of brutal exploitation and violence against workers from India, who are supposed to work 62 hours a week, come from a well-known car wash in Ljubljana. Their passports were allegedly confiscated upon arrival, and they allegedly fled due to threats. In this case, the mainstream media is clearly trying to avoid information about who actually owns the mentioned car wash and wrapped it in cellophane, saying that it is “family connected to local politicians”but the fact is that it is a family that has experience with the exploitation of workers in the past, and is close friends with the mayor of Ljubljana.

Working day and night, breaking into sleeping quarters, death threats, taunts and verbal abuse. Workers from India who came to Slovenia to work in the AvtoStop, Amonte d.o.o. car wash, whose owner is said to be a “family connected to local politicians” according to a cursory mention by TVS, are said to have experienced all this, while skillfully trying to hide it the fact that the owner of the car wash is actually Semir Hajdarpašić, the son of Husnija Hajdarpašić and Darja Hajdarpašić, owners of the restaurant empire and close friends of Ljubljana Mayor Zoran Janković. Based on this, we can only conclude one thing – TVS did not publish this information on purpose – either it doesn’t hope or it shouldn’t.

After the passports were taken from the Indians to work at Amonte doo, they kept them for the entire duration of their work, which was supposed to consist of 62 hours a week for 650 euros a month. They were said to be staying at their employer’s premises, and in the middle of the night, the director’s assistant was also said to come to their bedrooms drunk, bragging about his friendship with representatives of high-ranking and local politics, the police and the Slovenian army, his influence and money. Of course, public television did not mention that it is actually a family that is close friends with the mayor, Zoran Jankovič. The Alpha and Omega of the hospitality empire Husko Hajdarpašič is a long-time supporter of the Mayor of Ljubljana, who was present at many social events, including the Congress of Positive Slovenia years ago. 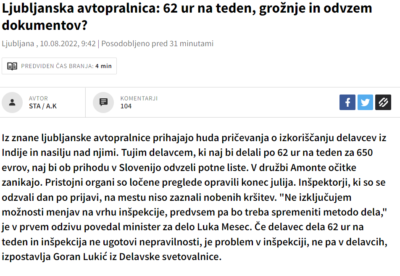 The media is silent about the political connections of the Hajdarpašić family with Mayor Janković.

The exploited Indians subsequently got their passports back upon the arrival of the inspection, which the company knew would visit them, and later they were again threatened with confiscation. After all this, they somehow managed to escape, and two of them, according to TVS, turned to the Workers’ Counsel. The director of the company, Semir Hajdarpašič, allegedly denied all the accusations and claimed that it was an attempt to extort the workers for higher pay. Is that really the case? 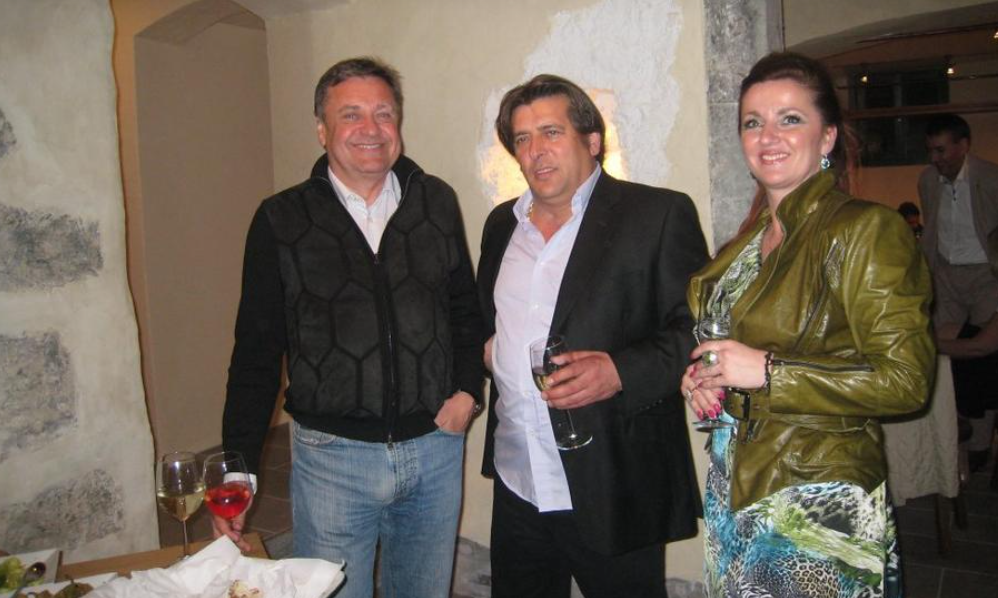 Darja Hajdarpašić is a well-known name on the restaurant scene in Ljubljana. She is the long-time director of the company Sedam 99 doo, which is said to control some restaurants in Ljubljana. She is a well-known name also because during the Janša government, the person in question constantly shouted about government decrees in 24-hour news broadcasts, saying that because of them, her company would not be able to sell čevapčičs and mulled wine at Ljubljana stands during Happy December. After that, information also appeared, which makes today’s information about exploitation not even surprising. Years ago, the employees of her company, which was previously called Seam doo, allegedly sent an anonymous letter to Požarreport, in which they wrote about intolerable working conditions, exploitation and minimum pay. One of the employees allegedly even committed suicide because of this. 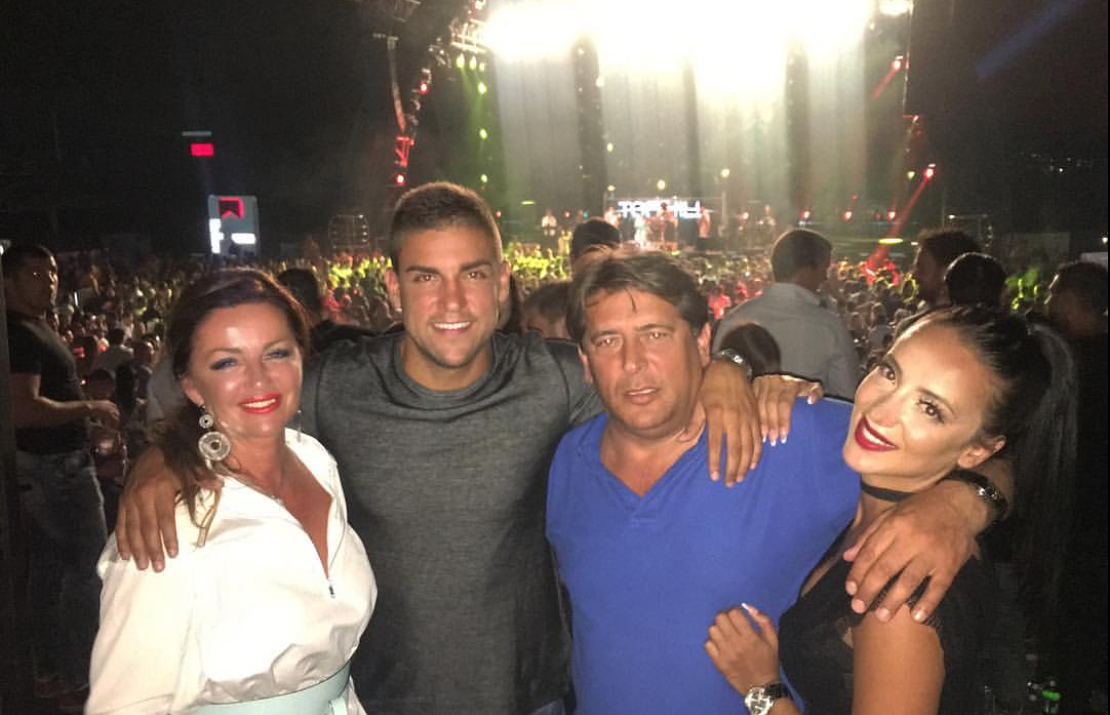 Let us remind you that the Hajdarpašić family was already under scrutiny due to certain alleged irregularities in business, among other things, the Inspector of the Labor Protection Institute Antonija Gabrovšek is said to have told Dnevnikov Direkt in the past that the Hajdarpašić couple did not have proper arrangements before opening one of the restaurants electricity, toilets for employees, an ice cream garden and shelves in warehouses.

The inspection of the politically connected Hajdarpašićs is lenient

At the end of July, the Financial Administration, the Labor Inspectorate and the police carried out separate inspections at the company Amont, but the procedures have not yet been completed. The labor inspectorate could only confirm that the living conditions for the workers were adequate, and the Minister of Labour, Family and Social Affairs, Luka Mesec, said in one of his statements to TVS that the inspection confirmed to him that there were no violations detect. It is not surprising that the inspection turned the tables this time when it comes to the mayor of Ljubljana and his privileged friends. This did not apply to the family of former State Secretary Boris Šuštar, who did not have the same privileges as the Hajdarpašići. At the beginning of June, due to the alleged exploitation of workers, the whole family fell into disfavor with inspections, the media and others, including the Ministry of Labor under Luka Mesek, where the family was accused not only of “violations of labor legislation, but of violations of basic civilized norms”.

“They want to send us to work and that’s not fair”: the claim of a beneficiary of a social plan that went viral