Which dishes from the former Yugoslavia are rated the best? 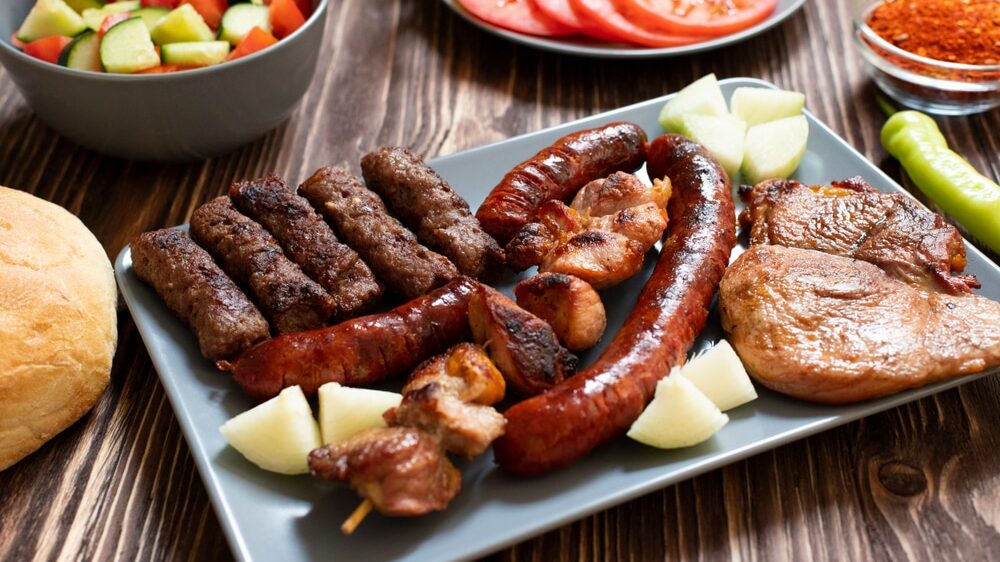 The countries of the former Yugoslavia still argue about whether burek can be with cheese and whose ajvar it really is, but for gourmets it doesn’t matter that much – you might be surprised when you start spinning the “taste atlas” and see which ones are rated the best ate.

Out of 59 dishes that should be tried in Serbia, the first place, with a score of 4.8, is shared by ajvar and Zlatibor set of buns. Ajvar is presented as “a traditional specialty made from peppers and eggplant, which is one of the most popular side dishes throughout the Balkans and Eastern Europe”, while the set of buns is “divided” into flatbread, pretzel, cream and egg. “Although nutritious and high in calories, the dish is usually enjoyed for breakfast and is best paired with a glass of yogurt or sour milk.” For the most authentic experience, it is recommended that you eat it with your hands,” it said. In second place is burek with cheese (4.6), followed by sarma, doughnuts, burger, white soup…

It might seem strange to some, but the first dish with the highest rating in Croatia is burek with cheese, although it has the same rating (4.6) as fish on the grill, a traditional way of preparing fresh fish on the grill on the Croatian Adriatic coast. “The word gradela refers to an ordinary metal grate, but it is also a Dalmatian ideology and lifestyle during the summer… It is important that the fish is cooked perfectly and that it remains juicy. During preparation, the fish is usually coated with a sprig of rosemary dipped in olive oil.” With a score of 4.5, Istrian fuži (pasta that is usually served with beef stew), Slavonian and Baranja kulen, Zagorje mlinci…

Burek, as expected, is also the first when BiH. the dishes in question. “The dish is very popular throughout the Balkans, although in Bosnia and Herzegovina the cultural significance of this everyday food is incomparable and is best summed up in numerous local proverbs that say that if a woman can make a good burek, she has the right to marry,” the note states. . that “most locals claim that burek can only be called burek with minced meat”. Željanica and širnica have the same rating, as well as kebabs, dry meat, sarma and, especially, travnica kebabs, which are made from a combination of beef, veal, mutton and lamb.

On the menu of North Macedonia, ajvar is rated 4.8, and ljutenica with 4.5. Macedonian želnik, “a traditional pie that can be filled with various ingredients such as cheese, spinach, eggs, meat, leeks or cabbage” received a recommendation with a score of 4.4, the famous Ohrid trout with 4.3, and “roasted chickpeas” with 4.1.

Donuts occupy the absolute first place in Slovenian cuisine according to the taste buds of the Atlas of Taste, and the rest are dominated by sweets. Prekmurska gibanica is number 2, a traditional delicacy of the north-eastern region of Slovenia, which originally has eight layers – the crusts are filled with poppy seeds, sweet cream, ground walnuts and grated apples. The third is a pale crempita, characterized by the fact that half of the egg cream is replaced by whipped cream.

Spain and Belgium have to justify their role as favourites, Croatia and Germany do not have an easy task

HE JUST PLAYS GAME Dia Kostić disappointed in Saleta Luksa, so she complained to Gruja how naive she is

Russian soldiers flirt with the enemy on Tinder

Telefe lifts one of its programs days after its premiere: the reasons