Wheat shipments from Australia and Argentina near record levels 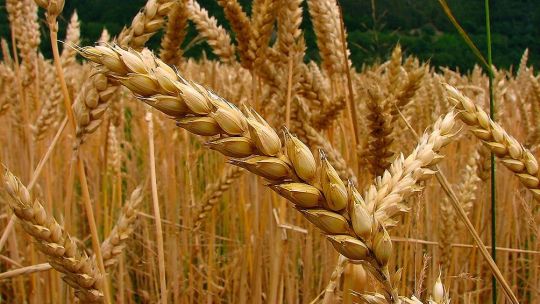 For the second season in a row, the stars are lining up favorably for Australian wheat farmers: a bumper crop, a shortage of one of the world’s most important foods, and world prices near nine-year highs.

According to Rabobank, Aaustralia will ship 24.5 million tons in the coming season, an amount close to the highest in history. And the Argentina is on track to export 13.5 million tons, also close to an all-time high, according to data from the United States Department of Agriculture. Together, these two countries are likely to account for almost 20% of world exports this season.

The shipments are sorely needed in a world devoid of the grain used in everything from bread and cakes to cookies and doughnuts. LDroughts, frosts and heavy rains this year in major Northern Hemisphere exporters have reduced supplies and sparked a buying frenzy in the Middle East. Rising prices have helped push global food costs to the highest levels in a decade, adding to inflationary pressures.

See also: First case of the Ómicron variant of coronavirus in Argentina

The Australia’s large customers mainly include Indonesia, Vietnam, China and other countries in the Asia-Pacific region. In fact, China has shown a greater appetite for Australian wheat this year, despite imposing a series of trade restrictions on other products from the country, with its purchases soaring 55% in the first nine months of 2021 compared to the previous year. last year.

“The Australian shipping schedule, as a result of strong demand, continues to sell aggressively,” said CBH Group, the country’s largest grain exporter, adding that bulk shipping rates have fallen 10% in recent weeks. . Southeast Asian flour millers are trying to cover the needs of the first quarter.

See also: Press conference of the Argentine Naval Prefecture for the disappearance of Ezequiel

However, there may be a couple of caveats for the Australian grain. While most of the country’s wheat leaves ports relatively smoothly on bulk cargo ships, about 10% is shipped in containers.including Southeast Asia. At the moment, containers are often not in the places where they are needed most, and costs have skyrocketed.

Shipping companies are prioritizing “East-West” routes serving larger markets between Asia and the West, posing a challenge to Australian producers on “North-South” routes trying to close grain containers , according to Neil Chambers, director of the Container Transport Alliance Australia. Some containers from Australia are shipped empty to Asia. “The Port of Melbourne’s biggest export is fresh air inside containers,” he said.

See also: A helicopter joins the search for the sailor who fell into the sea near Quequén

The second caveat is the impact of rain on the quality of some Australian grain. There is a “significant risk” that the quality of the national crop will decline, especially in the southern regions of the East Coast, according to Rabobank’s principal commodity analyst Cheryl Kalisch Gordon.

The producing regions of the east and west coasts have been affected by heavy downpours, and the expected arrival of another La Niña event will probably bring higher than normal levels of precipitation. Growers may have to invest more in additional logistics to speed up harvest, Kalisch Gordon said.

WHO raises global cases of monkeypox to 780

Last year we had a record index of investments – 1 trillion 437 billion drams. Minister of Economy