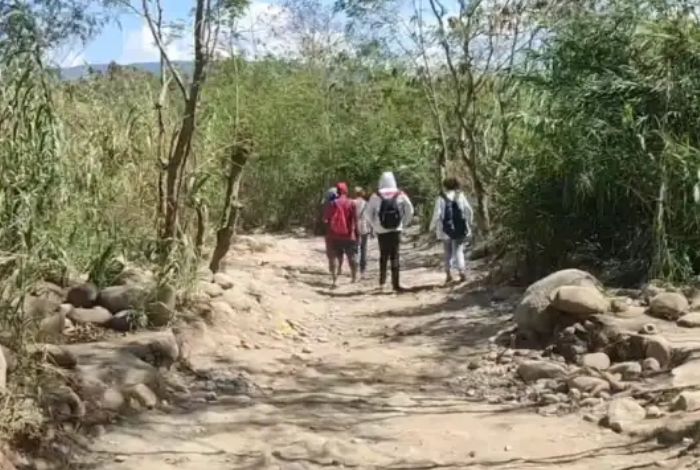 The former mayor and analyst on border issues, William Gómez, starts from the idea that the passage through the green paths, better known as trails, between Táchira and Norte de Santander, especially on the San Antonio – Ureña border axis, will not cease after the commercial reopening, scheduled for this Monday, September 26.

“Despite the decisions to completely close the border from Caracas and Bogotá, the real scenario is that these decisions, at the central level, have been ignored by the border population, since the movement of people and goods continued along the green roads. ”, he pointed.

Gómez explained that these green paths or informal steps, through the line of history, have always existed and have been active in this area, “being their greatest use for the passage of people, smuggling of merchandise, among others.”

«The trails did not appear only with the border closures in recent yearshave existed even when the border has been totally open and in full dynamism,” Gómez recalled, while estimating that from Llano de Jorge, in the Bolívar municipality, and to La Mulata, in Pedro María Ureña, there are around 35 steps informal (trails), some of which are used for pedestrians and others for vehicular and heavy cargo traffic.

In the opinion of the border analyst, the possibility that the use of trails by citizens and some merchants will decreaseas of 26-S, will depend on the binational or cross-border agreements and treaties ratified or established by both governments in this new stage.

In this sense, he stressed that the greater flexibilization on the part of the authorities on the formal land crossings, people and merchants will make less use of the green paths.

He also pointed out that if the authorities establish very rigorous and bureaucratic controls, people, despite the risks, will continue to use trails to evade, if necessary, those demanding controls.

He gave as an example that before the closure, in 2015, the population, protected under the Tonchalá agreement, crossed from one side to the other, without schedules, only with their identity card and in their vehicles or on public transport.

“There was some flexibility at the checkpoints, for the passage of products or merchandise that the Venezuelan and Colombian population acquired, which is why people made little use of the trails,” he reiterated.

The former mayor pointed out that currently, and after the partial openings during the last seven years, free transit has been limited to new regulations such as the implementation of the border cardwhich must be presented with the identity card, and in case of not having it, you must present the passport, as well as the restriction on the hours for the passage.

“It is important that these measures be made more flexible, because the citizen who does not comply with these requirements, goes to the green roads to evade these controls and thus be able to cross from one side to the other,” he emphasized.

He indicated that this irreverence of the population before the decisions of the central governments to close the formal steps completely, occurs because it is impossible for two sister nations to stop the ties of consanguinity, social, cultural and economic.

Another point that he highlighted is that despite the presence of State security agencies and the armed forces of both countries, on these informal roads, total control is complex to avoid passing through them, due to their great geographical extension, that allows that when a trail is eliminated, a new one is easily created.

William Gómez insisted on the importance of border law reform and the creation of its regulations in order to have a legal basis and that these drastic closures do not happen again, because “we are talking about two sister nations, twins.”

No deaths diagnosed with covid this Wednesday

One year of age at birth; Korea’s age system will change, and many will age …

Hurts vocalist Hutchcraft: I am so desperately sad for beautiful Ukraine and the Ukrainian people