What is Europe doing about the energy crisis? 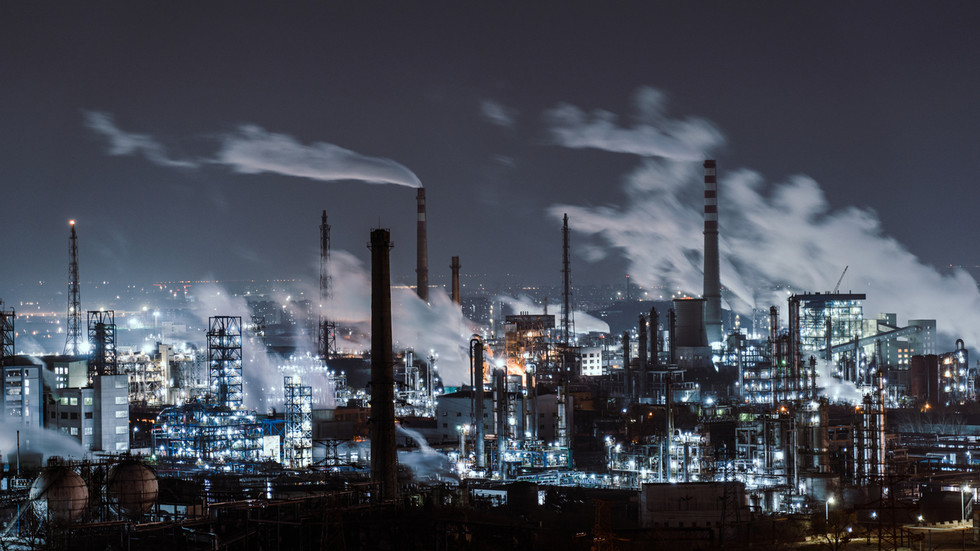 
Last year in November, the UK, along with key partner Italy, hosted the COP26 climate summit, an event widely believed to be the world’s best last chance to get runaway climate change under control. A key outcome of the summit was that dozens of countries pledged to end deforestation, curb CO2 and methane emissions and also halt public investment in coal power. Specifically regarding coal, a total of 46 countries signed the Global Coal to Clean Energy Transition declaration, pledging “accelerating a transition away from uninterrupted coal-fired power generation” AND “the cessation of granting new permits for new uninterrupted coal-fired power generation projects”.

But less than a year later, all those promises have gone to the dogs, with developed countries now scrambling to restart coal-based power generation after the Ukraine crisis triggered a global energy meltdown.

According to a report by the Observer Research Foundation, power outages caused by Russia’s war in Ukraine led to LNG prices even higher leaving coal as the only dispatchable and affordable power option in much of Europe, including the difficult markets of Western Europe and North America, which have clear policies to gradually remove the coal.

According to the Washington Post, coal mines and power plants that closed 10 years ago have begun to be repaired in Germany. In what industry watchers have called a “spring” for Germany’s coal-fired power plants, the country is expected to burn at least 100,000 tonnes of coal a month until winter. This is a major turnaround considering that Germany’s goal has been to phase out all electricity generated from coal by 2038.

Other European countries such as Austria, Poland, the Netherlands and Greece have also started restarting coal plants.

Meanwhile, China’s coal imports have surged, rising 24% month-on-month in July, as power generators increased purchases to meet peak summer electricity demand. China has the largest number of operating coal-fired power plants with 3,037, while Germany, the largest economy in the EU, has 63.

The situation has led to an increase in global coal consumption that could reach levels not seen in a decade, although there will be a limit to growth given that investment in any new coal plants has stalled. But that only makes the market for coal tighter, pushing the energy source into a better category.

Thermal coal, which is the variety used to generate electricity, has seen a 170% increase in price since the end of 2021 – most of those gains achieved after the Russian invasion of Ukraine.

Germany is among the countries hardest hit by the growing energy crisis, having effectively backed itself into a corner with its energy policies. For decades, successive governments in Berlin have pursued a policy of maximizing the country’s dependence on Russian oil and gas and have almost completely phased out nuclear power with the last two operating reactors due to shut down in 2022. As a result, Germany has become highly dependent on natural gas, where the fuel accounts for 25% of the country’s total primary energy consumption. Although Germany has significant supplies of its own natural gas that could be tapped from fracking, Berlin has banned the technology, meaning it must import 97% of its gas mainly from Russia, the Netherlands and Norway.

In a worst-case scenario in which Russia halts all pipeline exports, Goldman Sachs chief European economist Sven Jari Stehn and his team say eurozone GDP growth is likely to fall by 2.2 pp in 2022, with significant impacts in Germany (-3.4 pp) and Italy (-2.6 pp).

Germany’s problems are partly justifiable. The dramatic nuclear phase-out is as much a part of the country’s Energiewende (energy transition) as the move to a low-carbon economy. Natural gas is cheap and reliable, produces only half the emissions of coal, and is a critical input in many sectors. In Germany, 44% of gas was used to heat buildings in 2020, while industrial processes consumed 28%. Gas is the best and cheapest source for the production of synthetic nitrogen fertilizers, of which Germany is a critical supplier. Gas is also used in refining, chemical production and many other types of production. All of these are difficult – if not impossible – to fully replace with green energy anytime soon.

With a catastrophic energy crisis unfolding, Germany will join the group of nations that will undo their climate goals by increasing the use of coal, which overtook wind to become the biggest contributor to energy production electricity globally in 2021. Indeed, Germany has little choice but to burn lignite in its power plants, widely considered one of the dirtiest fossil fuels, and mined in large open-pit mines that fill the German countryside. The European Commission has already given its amnesty to countries that replace Russian gas with coal and produce higher emissions as a result.

But coal is just a stopgap solution, and Germany also needs to keep a clear eye on its long-term energy future – a future without Russian gas. Nuclear power is out of the question given that few, if any, European countries are as anti-nuclear as Germany. In February, German politicians strongly denounced the EU’s attempt to label nuclear power as sustainable.

/Translated and adapted for Konica.al by OilPrice.com

Gymnasium 'Sami Frashëri' ready in September/ Veliaj: The most beautiful school, this year we are opening 12 more schools

War in Ukraine, what is and how is the Sarmat ICBM with which Russia has “threatened” the world

A 200-megawatt photovoltaic power plant will be built in Armenia. The investment value is $ 174 million