What awaits us today at the WC in Qatar? Lots of interesting stuff! 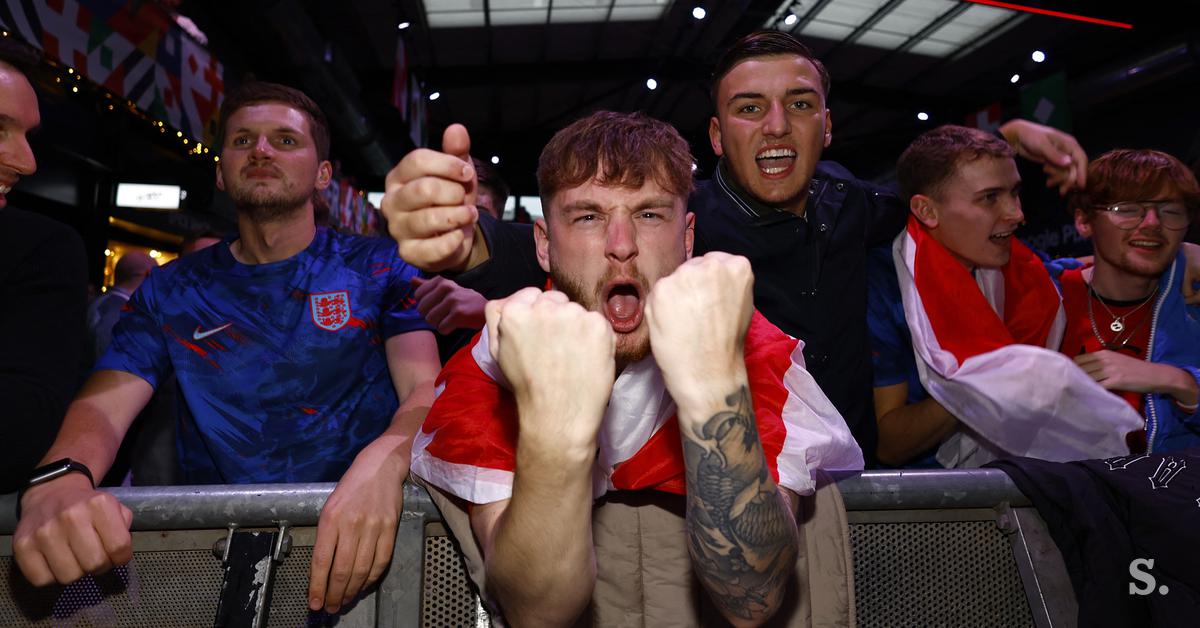 Football Friday will serve the opening matches of the 2nd round of the group stage at the World Cup in Qatar. The national teams in groups A and B will be at work. First, at 11 a.m., Wales and Iran will clash, three hours later, the host Qatar will try to correct the poor impression from the opening match of the championship against Senegal, and at 5 p.m., they will fight for the top of the group But the Netherlands and Ecuador struck, and the evening will pass in the sign of a showdown between England and the USA, in which the three lions can already secure promotion with a win.

Gareth Bale gave Wales a valuable point against USA. The Welsh are appearing at the World Cup for the first time in 64 years.
Photo: Reuters


The opening act of the 2nd round of the WC 2022 group stage will go to the footballers of Wales and Iran. The islanders got out of trouble against the USA, tied at 1:1 and won a valuable point, thereby strengthening their confidence before the continuation of the competition, but it is completely different in the camp of Iran, where they experienced a tennis defeat against England in the opening test in Qatar (2 :6), but at the same time lost their first goalkeeper due to injury Alirezo Beirenwald. In addition, they are experiencing pressure, because by boycotting the national anthem before the meeting with the three lions, they expressed their disagreement with the Islamic regime in their homeland and expressed their support for the protesters, who have been fighting for women’s rights and freedom for more than two months.

“We had the privilege of learning a lot from the defeat against England. That’s why we are much better prepared for Wales,” the coach of Iran is convinced Carlos Queiroz his flatmate on the Islanders bench Robert Page however, he still does not rank his national team among the favorites for promotion. “England is the first favorite, and the USA is the second, but there will definitely be some surprises.” If he can beat Iran, he will be on a very good path. He will most likely be in the starting eleven Kieffer Moore, which caused a turnaround against the Americans upon entering the second part. This will be the first match between the mentioned national teams since 1978, when Wales won the friendly match 1:0.

Senegal fans are plotting that their favorites could win their first points at WC 2022 today.
Photo: Reuters


The hosts lost to Ecuador in the first match of WC 2022, failed the exam and showed a very modest performance. They made history, as they became the first WC hosts to lose their first game on home soil. Against Senegal, they have a chance to show themselves in a better light. In the first match, they were so unfazed that many fans left the stadium already at the beginning of the second half. Selector Felix Sanchez is convinced that in the first game, nervousness and too much pressure took their toll. This time, he expects a better game from his protégés, who all earn their living in Qatari clubs.

It is completely different with Senegal, where no one plays on the black continent. The African champions were without their best player Sadio Mane resisted the Netherlands well, but then two not the most fortunate defenses Edouard Mendy turned the tab on the scale to the side of the tulips. Thus, Senegal will also have a make-up exam, so it is expected to be a nervous match, in which hardly anyone will risk a rush to attack. There are likely to be changes in Senegal’s goal, he could stand between the goalposts Seny Dieng.


In the derby for the top of the group, the Netherlands and Ecuador will clash. Both won 2-0 in the first round. The Tulips broke Senegal’s resistance only at the end of the match, and the South Americans soon took control of the meeting with the hosts of the championship and easily got three points. The attack of the Dutch could strengthen to a greater extent Memphis Depay, the hero of the qualification cycle for WC 2022, in which he contributed as many as 12 goals and six assists. The Barcelona forward is coming back from injury, so he could play from the first minute for the first time in this championship.

Ecuador fans are crossing their fingers that it will be the ankle of the two-time goalscorer Enner Valencia withstood the efforts against one of the better European national teams. Selector Gustavo Alfaro announced that the captain did not suffer a serious blow, but it is not yet clear whether he will start the match against the Netherlands in the starting line-up. If he is not there, they will participate in the attack Jeremy Sarmiento and Michael Estrada. Should the match between Qatar and Senegal unfold without a winner, the winner of the derby for first place will have already secured their ticket to promotion!

England beat Iran 6:2 in the 1st round. So far, only Spain has scored more goals in one match at the WC 2022.
Photo: Gulliverimage


The match between England and the USA arouses the greatest interest. Since he has been the coach of the Three Lions Gareth Southgate announced that he would Harry Kane, who suffered an ankle injury against Iran (6:2), but ready for the match, the Englishmen took a breather. He will also be able to play Harry Maguire. That’s how he remains on the injured list James Maddison. Today, with another victory at the Al Bajt Stadium, they can already secure promotion to the top 16. “I don’t think we will underestimate the Americans,” Southgate explains. Euphoria engulfed the island after the great victory over Iran, Jude Bellingham, Bukayo Saka and Marcus Rashford impressed the public with a flawless performance in the first half, now they will have to prove themselves against a motivated rival.

The Americans want to surprise one of the championship favorites after Thanksgiving, but they expect the most from Christian Pulisic, the Chelsea star, who knows England’s best footballers very well. Selector Gregg Berhalter believes that the tradition can be continued. Namely, the US national team has not yet lost a major competition against England. In 1950, at the World Cup in Brazil, they surprised her 1:0, and 12 years ago, the match in South Africa ended without a winner. In the end, the English and Americans cornered Kek’s troops in the fight to advance.

SATM ․ The number of violations is steadily decreasing