Weather/ Meteorologist: Here are the two days when the country will face storms and problematic situation 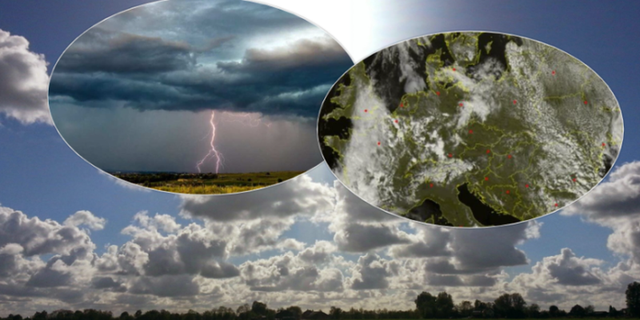 
Today, as well as the weekend, are expected to be dominated by clearings, few cloudy passages which will be more visible in the mountainous areas.

In the coastal city and the low-lying area, mainly reversals are expected. Air temperatures are expected to climb and climb up to 27 degrees clecius. But even in deep areas, temperatures will reach up to 23-24 degrees Celsius.

In the early hours of the morning and evening, it is expected that the minimum in the mountainous areas will be 7 degrees Celsius, while in the deep areas it is expected up to 5 degrees, informs Hakil Osmani.

As for next week, it is expected that a dense cloudy system will describe the country. At the weekend, a rather problematic situation is expected on the coast of Italy, which will be in the center at first and then gradually spread to the south, bringing changes in the Albanian territory as well. Albania will be affected at the beginning of next week.

After passing this cloud system for 2-3 days in the Albanian territory. The last days of September are expected to be clear and cool. Temperatures will be around 25 degrees Celsius maximum values.

VIDEO/ Russians "overcome" fear with alcohol, the man falls asleep in the middle of the road before going to war

The refinancing rate remained unchanged at 9.25%

Unemployment: It increased in January to 7.4% and there are 132,700 unemployed

Today is UFO Day: the reasons for the celebration