“We are ready” / Threats of war, Finland responds harshly to Russia: We have years of preparing for… 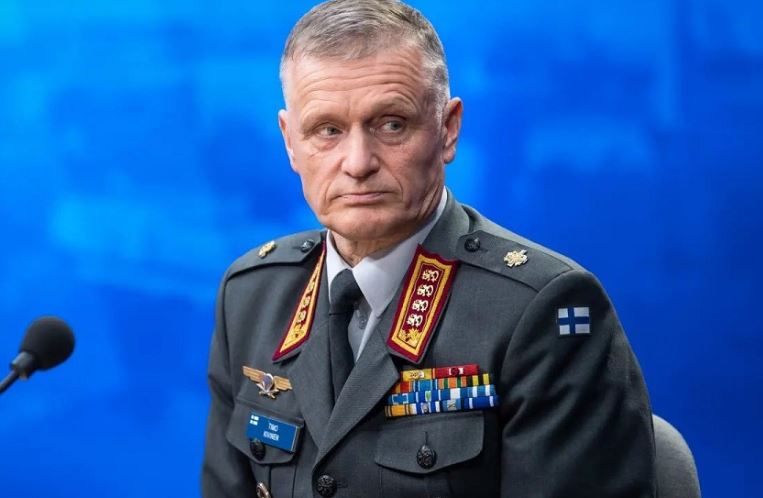 
Finland has responded to war threats from the Kremlin. General Timo Kivinen stated this Wednesday that the Scandinavian country has been preparing for a possible Russian attack for decades and would offer strong resistance if that happens.

According to the general, a key factor in the event of such an attack would be the motivation of the Finns to fight.

“The most important line of defense is between the ears, as the war in Ukraine is proving,” Kivinen said in an interview.

Finland fought twice in the 1940s against its eastern neighbor with whom it shares a 1,300-kilometer-long border.

Concerned that Russia could carry out an invasion similar to that of Ukraine that took place on February 24, neutral Finland has applied to join the NATO military alliance.

Since World War II, Helsinki has been at a high level of military readiness.

“We have systematically developed our military defense against this kind of war that is taking place in Ukraine, with the massive use of firepower, armed forces and air force,” Kivinen said.

“Ukraine is a difficult task (for Russia), and so is Finland.”

About 100,000 Finns were killed during the two wars that Finland waged against the Soviet Union and lost one-tenth of their territory.

The country of 5.5 million has a wartime military force of about 280,000 soldiers with 870,000 trained reservists. Military service for men has not been abolished as in many other western countries since the end of the Cold War.

The country also has one of the best artillery in Europe and cruise missiles with a range of up to 370 kilometers. It spends 2 percent of its GDP on defense, a level higher than many NATO member states.

Finland also plans to order up to 2,000 drones, anti-aircraft equipment and build fences on the border with Russia.

About 82 percent of respondents responding to a May 18 poll by the Ministry of Defense said they would be willing to participate in national defense if Finland were attacked.

Finland, as well as Sweden’s request to join NATO, is opposed by Turkey, a member of the Alliance, and negotiations are under way. Ankara accuses Helsinki and Stockholm of supporting Kurdish militants and arms embargoes on Turkey.

Finland would also benefit from prevention by being a member of an alliance in which an attack on one member is an attack on everyone, he said, concluding that Finland will continue to bear the primary responsibility for defending its territory.

Lithuania: Russia is lying about the railway blockade, all necessary goods are being transported to Kaliningrad

6 more kindergartens will be renovated in Yerevan. Hayk Marutyan

War in Ukraine: “In Poland, they must destroy donations”

WHO investigates cases of severe acute hepatitis in children

Zelensky said he was “quite philosophical” about the assassination attempts, and compared what is happening with “Groundhog Day”