we are not citizens 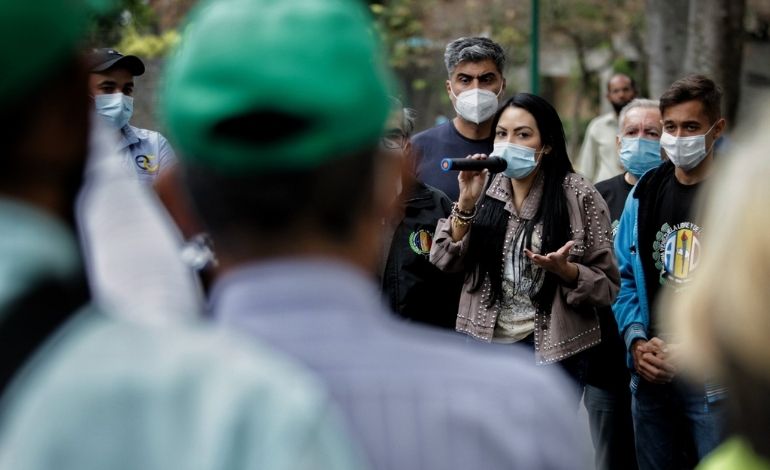 
We live in an eternal beginning and we lack the thought of modernity, we do not cross the lines of the streets on the corners and it is said that we do not have abstract thought, that is, we do not know how to calculate the weight or volume of an object in space. We try to enter the elevator without noticing that there are already two fat hunks who with their weight fill the stipulated load and somehow meet the established number of users. We insist on occupying the position of the parked car before the maneuver to get out of it is finished.

Gustavo Coronel is right when he says that we are not yet citizens but inhabitants. We face problems when it comes to defining citizenship and the media are of little help, much less the politicians; neither do we know how to manage attitudes or activities to exercise our political and personal rights. Unfortunately, the Venezuelan country is essentially a mining country, we find the gold nugget, the oil and we live from day to day; we pollute the waters and our idiosyncrasy is also that of the miner, which explains the fragility of our memory and the tenacity with which we destroy nature with total impunity. We are the man from the mine who spends his day’s work at night in the bar. In our own way, we are also garimpeiros of ourselves. Saving, we say, is for the worst! It seems that the country, under democracy and under Bolivarian socialism itself, behaves like a camp in the open. Cabrujas defined it as a passing hotel. Students climb a higher grade without taking exams because Hugo Chávez arbitrarily ordered it, and without knowing how to read they arrive at the university and there are school teachers incapable of interpreting an article of mine. The private Lyceum that worked on the corner of my house had to close because it could not pay the staff and the literature teacher required her students to summarize each chapter of One Hundred Years of Solitude in eight lines. The boys looted Google, which the teachers call “the lazy corner” and fulfilled the absurd task glorifying the stupid teacher.

We disperse our meager oil income in the banality and superficiality of entertainment culture and we read little. But there is something worse! I think I have written it once: the military regime pretends that the soldier is my jealous watchman and guardian, that the armed forces are the ones that take care of me and free me from all evil and danger but leaving me defenseless against the violence and perversity of the government itself. to say it: my physical integrity and my intellectual exercise in the hands of a soldier is the worst thing that can happen to me because books do not fit into the mentality of the soldier, much less the resonances that color has left in the painting of the plastic artist or the musical sensibility that produces joy in the soul. Furthermore, the man-at-arms is not trained to persuade, argue, dissuade, dialogue, quite the contrary. He is trained to receive orders and abide by them without questioning his immediate and ethical scope. He lives for war! He attacks, shoots, repels. He will never listen or accept my voice, my civil word. He simply rejects what I am, that is, the result of having honed my own sensibilities throughout my life. I am what he loosely considers a “citizen,” that is, a civilian. Therefore, an enemy! If the order he receives is to deny me he won’t hesitate to run me over. If you receive the message from the Commander warning me that I am an oligarch, a fascist, a traitor to the country and a murderer in the making of the President of the Republic whom I am trying to inoculate with cancer (a procedure ignored until now by the Anderson Cancer Center in Houston) my Life would be worth the same to him as it is worth to the criminal who wants to steal my shoes or my cell phone.

The Venezuelan at the present time does not live, or lives poorly; disconcerted between a dollar that oscillates absurdly and fails to be considered as the currency of every day and some sovereigns that do not reach anything in the market that dawns equally unattainable. In the neighborhoods there are people dying of hunger and in the darkness of perversion there are deaths and physical damage caused by torture. We can disappear and appear days later as if we had defenestrated ourselves, as if we had become frames of a violent action movie that will soon be forgotten.

They arrested four people who robbed an apartment in Capital

Sex toys may be prescribed to treat some female pathologies