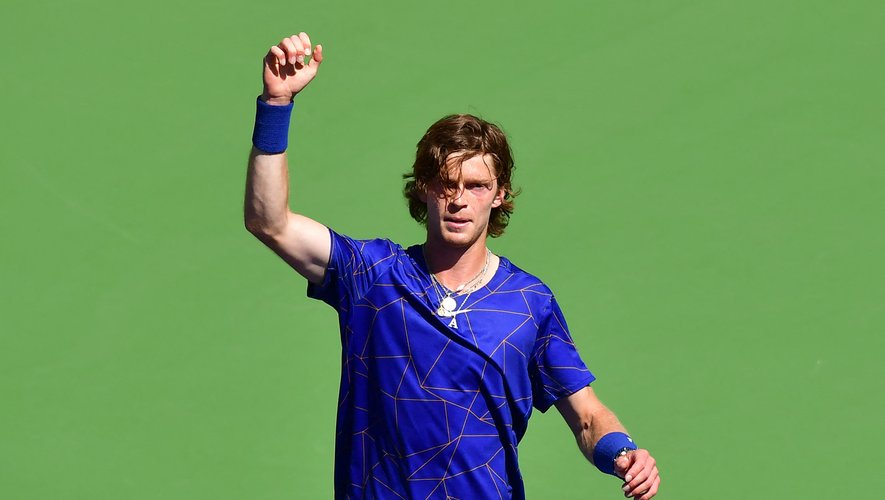 
the essential
He is one of the rare Russian sportsmen to affirm his position against the war. Russian tennis player Andrei Rublev called on all athletes to “come together to lead by example”.

Asked about the situation in Ukraine after qualifying for the semi-finals of the Indian Wells Masters 1000, Andrei Rublev repeated that he “felt bad for everyone”. A few days ago, during a tournament in Dubai, the world number 7 had written “No to war” on a camera. While playing under a neutral barrier and without registration from his country, the 24-year-old was the first to denounce this war and oppose it.

In California, Rublev confirmed this position: “We can’t not see the news. What I can say is that it’s terrible what is happening”, he said, before adding: “We have to be united, we have to stay out of politics, to set an example at least in the sporting sphere. I think that would be a good message, for a better world”.

Roger Federer, “horrified” by the images from Ukraine, announced on Friday that he would donate 500,000 dollars (452,000 euros), via his foundation, in favor of refugee children so that they can “continue their education”.

“My family and I are horrified by the images coming out of Ukraine and are heartbroken seeing these innocent people who are so terribly affected. We want peace,” the legendary tennis player wrote in a message posted on the networks. social.

Covid: what the new “benchmark guide” provides for in companies

The “Porteñita” Alderete, with home address after the crime