War in Ukraine. “I would do it again”: Marina Ovsyannikova, the journalist who interrupted the Russian news, testifies 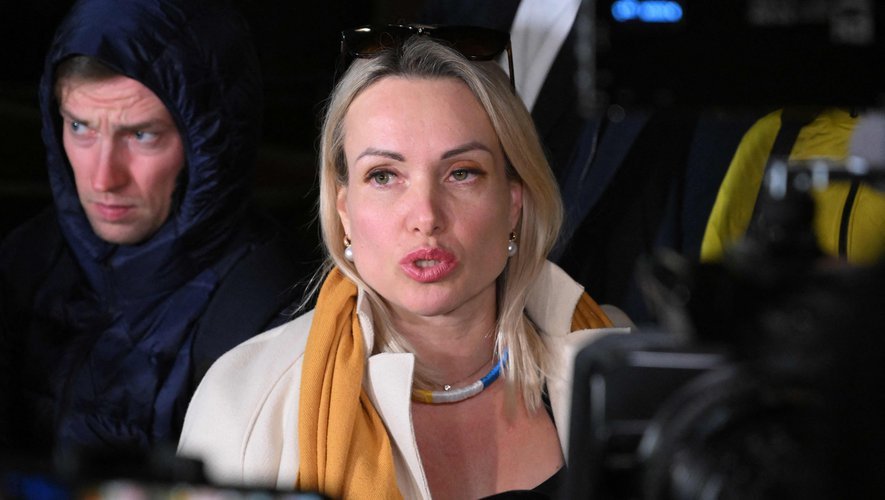 
the essential
Marina Ovsyannikova, the anti-war journalist who interrupted the Russian JT, testified on BFMTV, four days after her intervention.

On March 14, Marina Ovsyannikova, a journalist employed by the main Russian television channel, interrupted the daily newspaper by brandishing an anti-war sign. “Stop the war! No to war!” she chanted.

“I deny absolutely nothing of what I have done. (…) The whole world has been able to see that not all Russians are for the war. Yes, I would do it again”, testified the journalist on BFM TV this Friday, four days after his gesture.

“I hope the sentence can be reduced”

Marina Ovsyannikova was fined. Released, however, she still faces criminal prosecution punishable by heavy prison sentences. “My intervention will be judged. They have at least a month to compile the file. But since I have two children who are not yet adults, I hope that the sentence can be lowered,” she said. affirmed.

“The discontent has accumulated for years (…) This war is the apotheosis of everything. A point of no return. I understood that we could not say anything more,” said also declared the journalist, who says she acted alone.

“I went very quickly in the studio,” she said. “I passed by a policeman, because there are three circles of guards. I went back behind the presenter. When I realized that I was no longer live, I came downstairs and threw my sign. In the large hallway, I came across all of the management who offered me to resign.

“We have registered the problems, pointed out the ways of solution. We visited the medical dispensaries of Odzun, Shnogh, Chochkan, Alaverdi Medical Center. ” Arsen Torosyan

Inflation: how much of food prices are taxes?