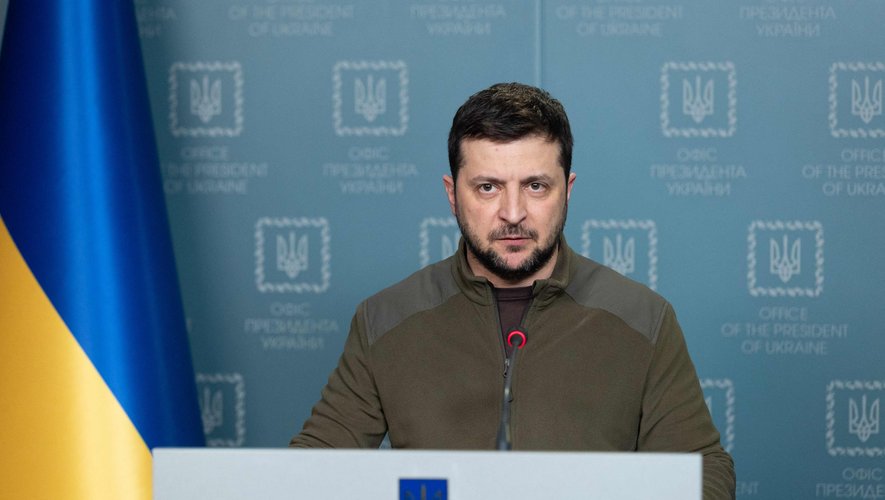 
the essential
Zelensky who calls for serious discussions to avoid losses over generations, Joe Biden and Chinese President Xi Jinping who spoke by telephone… Here is everything you need to know this Saturday noon.

The Russian Defense Ministry said on Saturday that it had used “Kinjal” hypersonic missiles the day before to destroy an underground weapons warehouse in western Ukraine. Russia had never previously reported the use of this ballistic missile in the two conflicts where it is belligerent, Ukraine and Syria. It has been deployed many times in exercises since the first successful test in 2018.

Zelensky calls for serious discussion to avoid losses over generations

Ukrainian President Volodymyr Zelensky said on Saturday that it was time for Moscow to agree to “get together” to “discuss” peace seriously in order to avoid consequences for Russia “for several generations”, while Russian forces claimed to have entered Mariupol after several days of siege.

“Peace and security negotiations for Ukraine are the only chance for Russia to minimize the damage caused by its own mistakes,” Volodymyr Zelensky said in a video posted on Facebook, filmed in a deserted street at night. . “It’s time to come together. It’s time to discuss. It’s time to restore territorial integrity and justice for Ukraine,” pleaded the head of state. “Otherwise, he warned, the losses for Russia will be such that it will take several generations to recover.”

More than 130 people have been rescued from the Mariupol theater building bombed by the Russian army, but “hundreds” of others remain under the rubble, Ukrainian President Volodymyr Zelensky said on Friday. According to the town hall of Mariupol, the situation is “critical” in the city with “uninterrupted” Russian bombardments and “colossal” destruction.
The Russian army has announced that it will now fight in the city center of this besieged strategic port.

As Westerners try to further increase pressure on Russia to end the war, US President Joe Biden held a nearly two-hour phone call with his Chinese counterpart Xi Jinping. Joe Biden “described the implications and consequences if China provides material support to Russia as it carries out a brutal attack on Ukrainian cities and civilians”.

The two leaders signaled their desire to “keep the channels of communication open” during this meeting.

Gender equality: an exemplary challenge for the State

Triumphs of Desamparados and Peñarol at the end of date 16

Next Defense Assistance Packages To Be Determined Based On Battlefield Situation – U.S. Ambassador