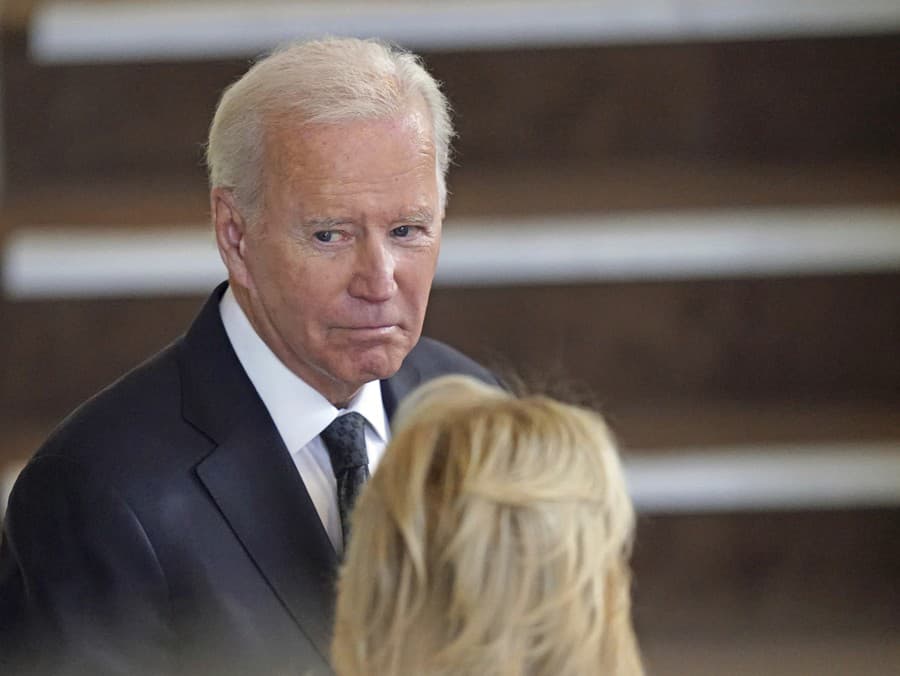 KYIV – In his Sunday evening video address, Ukrainian President Volodymyr Zelenskyy declared that Ukraine will regain all the territory occupied by Russia in Ukraine. We follow the events ONLINE:

22:00 Today’s online has ended. Thank you for your attention.

21:42 Germany will deliver four more self-propelled howitzers and ammunition to Ukraine. German Defense Minister Christine Lambrecht said this on Monday. Lambrecht added that “it proved itself in battle” ten howitzers from Germany, as well as eight others that Kiev received from the Netherlands. “Ukraine highly appreciates these systems and has expressed a desire to receive additional howitzers,” said Lambrecht. “In the interest of continued support for Ukraine in its courageous fight against the brutal Russian attack, Germany will comply with this request,” she added.

20:57 The Russian Foreign Ministry summoned Canada’s ambassador to Moscow on Monday to explain its protest in connection with the attacks on the Russian embassy building in Ottawa. As for the incidents, the Russian ministry said that in one case, an unknown person threw a Molotov cocktail onto the grounds of the Russian Embassy in Ottawa. In the second incident, “aggressive” demonstrators allegedly also blocked the entrance to the consular part of the embassy.

20:42 Ukrainian forensic experts have already exhumed 146 bodies, mostly civilians, from the mass grave that was discovered last week near the city of Izium in the Kharkiv region in eastern Ukraine. This was announced on Monday by the governor of this region, Oleh Synehubov, Reuters reports.
According to Ukrainian President Volodymyr Zelenskyi, an estimated 450 bodies are buried in the woods behind the town of Izium, recently retaken by Ukrainian forces as part of a counter-offensive. The governor of Synehubov has now stated that two children were also discovered among the exhumed bodies. He also added that the bodies of several victims showed signs of violent death.

20:13 Prague is donating to Ukraine 20 trams and two buses that it no longer needs in its operation. The beneficiary of the aid is the Kharkov city transport company. This was announced on Monday by the Transport Company of the Capital City of Prague (DPP). The donation of the vehicles was mediated by the Prague mayor’s office, to which Kharkov mayor Ihor Terechov defended himself with a request for help. “Cars that can no longer serve passengers in Prague will find the necessary use elsewhere. In Ukraine, many trams and buses were completely devastated due to the invasion of an uninvited Russian dictator. We are thus supporting the reconstruction of Ukrainian cities so that war refugees can return to their homes as soon as possible “ said Prague mayor Zdeněk Hřib.

18:52 Russia shelled the Kryvyi Roh district in the Dnepropetrovsk region. The neighborhood was shelled by several Smerch rocket launchers, but there were no casualties, according to Oleksandr Vilkul, head of the Kryvyi Rih military administration. The Kyiv Independent reports.

18:10 The General Prosecutor’s Office registers 34,000 Russian war crimes in Ukraine. Prosecutor General Andriy Kostin said on September 19 that investigators are focusing on crimes committed during Russia’s occupation of part of the Kharkiv region, particularly in Iziya. The Kyiv Independent reports.

16:18 Explosions reported at the airport in Russian-occupied Melitopol. The mayor of Melitopol, Ivan Fedorov, said that on September 19, there was a strong explosion in Melitopol, Zaporozhye Region. Fedorov did not provide any details about the attack. The Kyiv Independent reports.

16:10 On Monday, the Moscow City Court reduced by one month the seven-year prison sentence of municipal deputy Alexei Gorinov, who was convicted of spreading disinformation about the Russian army, by one month. Gorinov must therefore serve a prison sentence of six years and 11 months. This was reported by the British station BBC on Monday, which added that Gorinov, as a member of the Moscow Krasnosel district, is the first properly elected opposition politician who was unconditionally convicted for criticizing the military invasion of Ukraine.

15:37 Russian-backed separatists in eastern Ukraine have sentenced an employee of the Organization for Security and Cooperation in Europe (OSCE) to 13 years in prison for treason, Russian news agencies reported on Monday, as quoted by AFP. The Supreme Court of the pro-Russian self-proclaimed Luhansk People’s Republic (LPR) sentenced Dmitry Shabanov, who worked as an assistant to a forward patrol base as part of the OSCE mission. Šabanov was detained in April and accused of providing confidential information to foreign intelligence services, thereby committing treason according to the court of the LRC.

15:15 At least 13 people lost their lives on Monday as a result of artillery fire in the eastern Ukrainian city of Donetsk, which is currently controlled by Russian forces. According to them, two shots hit the bus stop and a shop located near it. The number of injured was not immediately known. Local authorities appointed by Moscow blamed the Ukrainian army for the shelling, but these claims could not be independently verified, DPA pointed out. Kyiv regularly rejects such accusations and instead accuses Moscow of shelling the conquered territories in order to create anti-Ukrainian propaganda for its own media. The industrial city of Donetsk has been under the control of Moscow-backed separatists since 2014.

US President Joe Biden has warned his Russian counterpart Vladimir Putin that the use of nuclear or other unconventional weapons against Ukraine would require a follow-up response from the United States. Biden made the announcement on CBS News’ “60 Minutes” on Sunday.

“Don’t. Don’t. Don’t. You will change the face of war unlike anything since World War II,” is what President Joe Biden says he would tell President Vladimir Putin if the Russian leader is contemplating the use of tactical nuclear or chemical weapons. Sunday, on 60 Minutes. pic.twitter.com/8xxaDnYcqj

“No no no,” answered the American president when asked what he would say to Putin if he were considering such a move. At the same time, Biden praised the Ukrainians for their courageous fight against the massive Russian invasion and added that “they are defeating Russia”.

“Winning the war in Ukraine means getting Russia out of Ukraine completely,” answered the American president when asked how he would define victory for Kyiv. At the same time, he added that, given the scale of human suffering and destruction caused by the resistance to the Russian attack, “it is very difficult to consider it a victory.”

12:30 The Kremlin has denied claims that members of the Russian army committed war crimes in the Kharkiv region in eastern Ukraine, calling them “lies”. “It’s the same scenario as Buča. It’s a lie and, of course, we will defend the truth in this story,” Kremlin spokesman Dmitry Peskov said on Monday.

Private televisions and radios in danger? OĽANO MPs see the risk, they are against a special levy

Scientists invent the shirt for people who have heart problems

Papilloma virus in humans, what are the symptoms and how to prevent infection