War in Ukraine: China calls for a “ceasefire through dialogue” 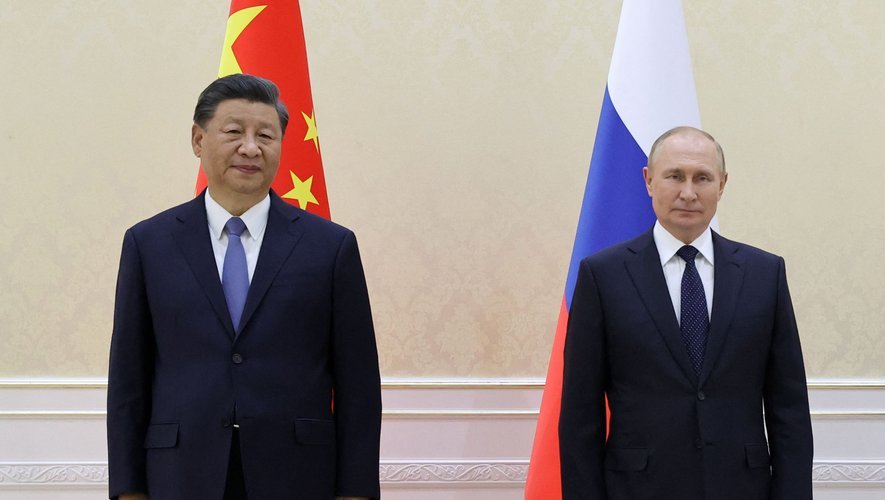 
the essential
A few hours after Vladimir Putin’s televised address, a spokesperson for the Chinese Foreign Ministry calls for a “ceasefire through dialogue” in the conflict in Ukraine.

China calls on Wednesday for a “ceasefire through dialogue” in the conflict in Ukraine, and insists on the need to respect “the territorial integrity of all countries”, after an address by Russian President Vladimir Putin announcing a partial military mobilization. “The sovereignty and territorial integrity of all countries must be respected, the purposes and principles of the Charter of the United Nations must be followed, the legitimate security concerns of all countries must be taken into account, and all efforts conducive to peaceful resolution of crises should be supported,” Chinese Foreign Ministry spokesman Wang Wenbin told a press conference.

“We call on relevant parties to implement a ceasefire through dialogue and consultation, and find a solution that addresses all parties’ legitimate security concerns as soon as possible,” Wang Wenbin said. “China calls on all parties concerned to properly resolve their differences through dialogue and consultation, and stands ready to work with the international community to continue to play a constructive role in de-escalating the situation.”

Vladimir Putin declared this Wednesday morning a partial mobilization and promised to use “all available means” from his vast arsenal to protect his territory, in particular against Westerners, after the announcement by Ukrainian regions controlled by Moscow of the organization this week of annexation “referendums” by Russia.

China and Russia have grown closer in recent years in what they have described as a “no-holds-barred” relationship aimed at counterbalancing US global dominance.

Last week Vladimir Putin and his Chinese counterpart Xi Jinping met in Uzbekistan at a regional summit and rallied Asian leaders behind a new “international order” that defied Western influence.

Vero Lozano broke down in tears at the Martín Fierro: “They have been my heaven”

“Let the truth reign”: Ricky Martin’s nephew who accuses him of abuse broke the silence