War against inflation: Matías Kulfas spoke but the Government has still not announced concrete measures 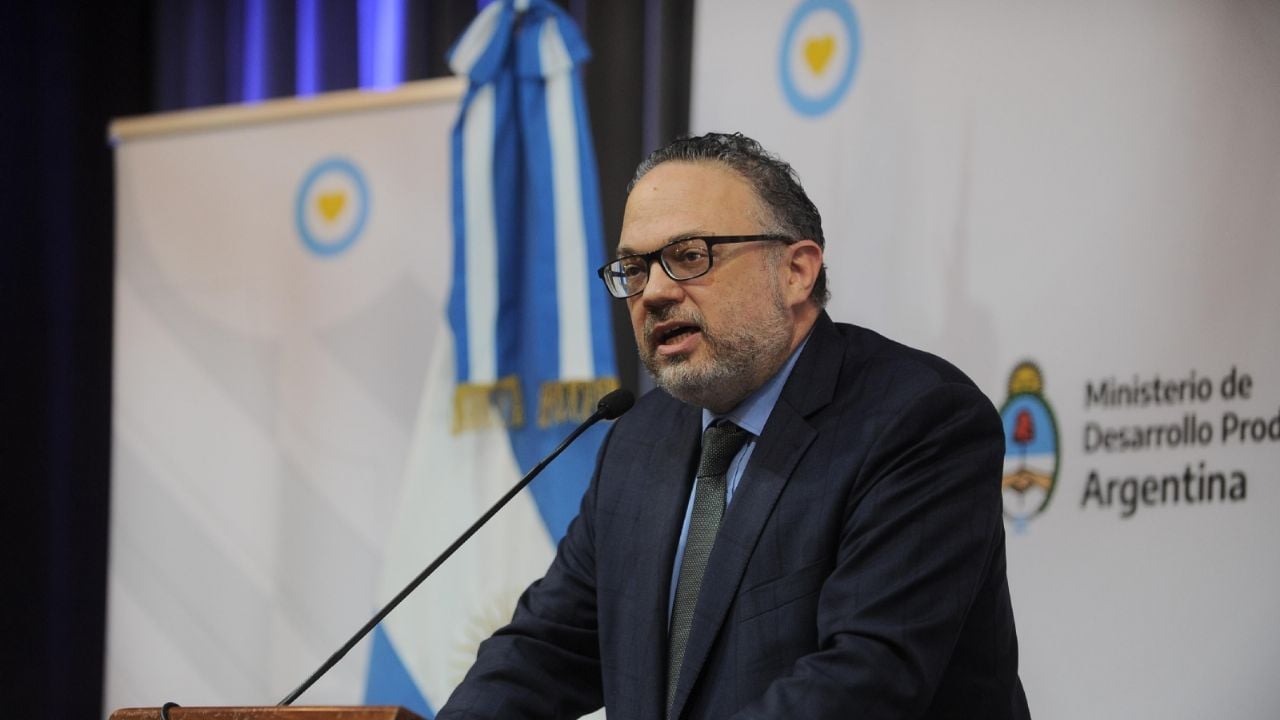 
The Minister of Productive Development, Matias Kulfasheld a press conference to report on new measures to contain the inflationfundamentally with regard to food prices, although, once again, as occurred with the conferences of Alberto Fernandez and of Julian Dominguezthere were no concrete announcements.

The Minister of Productive Development affirmed today that the trust to subsidize the price of wheat flour, after the international rise that it had after the outbreak of the war between Russia and Ukraine, will seek to “return to February prices the prices of noodles, bread and flourand announced that the Secretary of Commerce works together with supermarkets and food producers to define “in 24 hours” which products in a food basket return to the prices they had between March 8 and 10.

During his presentation, Kulfas affirmed that “doing nothing is validating that increases in the value of wheat are transferred to the price of key products on the table of Argentines”, and said that “the decision to form the trust to support the price of wheat is framed in an international scenario of turbulence”

The press conference was held at the ministry’s headquarters and there the official tried to specify that the sector is being compensated so that flour producers have the product at February prices.

He also announced today that “in 24 hours” it will be defined which are the foods whose prices will go back to the values ​​they had from March 8 to 10, after the meeting he held with leaders of the Coordination of the Food Products Industries (Copal) and supermarkets, which, he maintained, was “constructive” although “it had some moments of tension because there was a kind of denial” on the part of the businessmen.

“In 24 hours it will be clarified what is the responsibility of the industry and intermediaries and the prices that have been adopted in an unjustified manner have to be rolled back to March 8 or 10, which have to do with the Care Price schemes implemented by the Secretary of Internal Trade”, affirmed Kulfas.

On the other hand, he announced that a “line of credits for $8,000 million at a subsidized rate for the milling industry” with the aim that the mills accelerate the purchase of wheat to produce flour but avoid “a massive transfer of prices to the table of the Argentines”.

Regarding the trust, he said that it will be funded with the increase of two percentage points of withholdings that are applied on exports of soybean meal and oil that the Minister of Agriculture, Livestock and Fisheries announced last Saturday. Julian Dominguezhe specified.

“The flour mills are going to be compensated so that they have a compensation equal to the price they had in February and ensure that bread and other products; it is a mechanism to prevent this shock in the price of wheat from affecting the table of the Argentinians,” said Kulfas, while affirming that “wheat producers are not going to suffer any damage.

On the other hand, in reference to the meeting they held this morning with leaders of the Coordinator of the Food Products Industries (Copal) and the association of supermarkets and wholesalers, said it was “constructive” although “it had some moments of tension because there was a kind of denial” by businessmen about “speculative” increases in recent days.

“In 24 hours it will be clarified what is the responsibility of the industry and intermediaries and the prices that have been adopted in an unjustified manner have to be rolled back to March 8 or 10, which have to do with the Care Price schemes implemented by the Secretary of Domestic Trade,” he assured.

“Later there were much more important increases and that we are not willing to validate, that is why we also told them that all the prices increased after that date should be rolled back and, if there was a difference, that it be duly explained and that is why these 24 hours of impasse to continue talking,” he added.

Lastly, he said that the government “is committed to these dialogues ending fruitfully” but that “if there were to be any shortages, we will not hesitate to apply the Supply Law as we have done on other occasions.”

Mendoza exports grew both in volume and turnover during 2021

Russia’s Invasion of Ukraine a “Success”?

Former SBU general Naumov, who left Ukraine a few hours before the Russian attack, was detained with a large sum in Serbia – media