Wanda Nara confirmed her separation from Mauro Icardi: “It is very painful to live this moment” 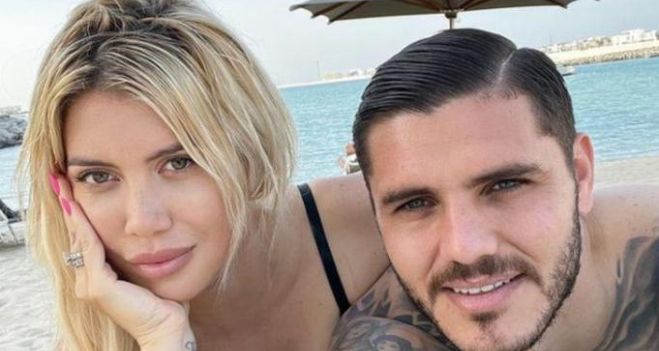 
After a few rumors denied by both parties, Wanda Nara and Mauro Icardi separated after eight years of marriage and two daughters together, Francesca and Isabella. It was the businesswoman who reported it on Thursday afternoon through a brief statement on her social networks.

“It is very painful for me to live this moment but given my exposure and the things that are transcending and the media speculation, it is preferable that they know it from me. I have nothing more to clarify and I am not going to give any details about this separation. Please, I ask that you understand not only for me, but also for our children, “he wrote accompanied by his signature:” Wanda “.

In addition, the businesswoman deleted the photos from her feed in which the soccer player appeared and only postcards of her different professional endeavors and day-to-day life with her children can be seen. For his part, Icardi has not yet manifested himself in networks and in his case he does save images with his wife.

Almost a year ago, on October 16, the affair between Mauro Icardi and actress Eugenia La China Suárez emerged and since then the couple has been immersed in turbulence and reconciliation. At the beginning of August, the businesswoman traveled to Argentina and an audio of hers emerged that among the reasons for her presence in the country was the signing of the divorce, something that was eventually denied.

Since then, he surprised her with her daughters in Miami where the blonde opened a store for her cosmetic line and they traveled together to Turkey, where the footballer signed a contract with Galatasaray to continue his career. These days, Wanda resides in Argentina, where she fulfills her work commitments as one of the researchers of Who is the Mask?, the Telefe program led by Natalia Oreiro. And everything seemed to have settled once again between them.

However, in the last few hours contradictory messages have returned on social networks that could hint at a new crisis. In one of her Instagram stories, Wanda shared with her almost 15 million followers a screenshot in which she predicted her end of the year regarding her zodiac sign. “How will you end this 2022? Sagittarius: single ”, reads the photo that the businesswoman replied and that the instagrammer Juariu captured. Soon after, the post had been deleted.

On the other side of the world, Icardi also referred to the subject, opening the game of questions and answers on his social networks. “Are you separated from Wanda?” Asked a user. To which Icardi replied: “As I have been asked a thousand times already, we are going to clarify it from the outset. NO! We are not separated, ”he pointed out. And he referred to the constant rumors of crisis between the two.

“She is finishing this work commitment that she took in Argentina and in a few days we will have her back home, because both the children and I miss her very much. Obviously her gossip shows and shows sell her lies and more than two public figures like us. But we are more than used to it and sometimes we like to play a little with so much nonsense that they invent and we feed them from time to time, until what they talk and invent falls apart by its own weight. I love you, Wanda Nara”, added Icardi in a publication of the last hours. That said, she has not yet commented on the strict posting of the mother of her daughters.