Voice of America: Shadow of doubt over the decision to close two Turkish educational institutions 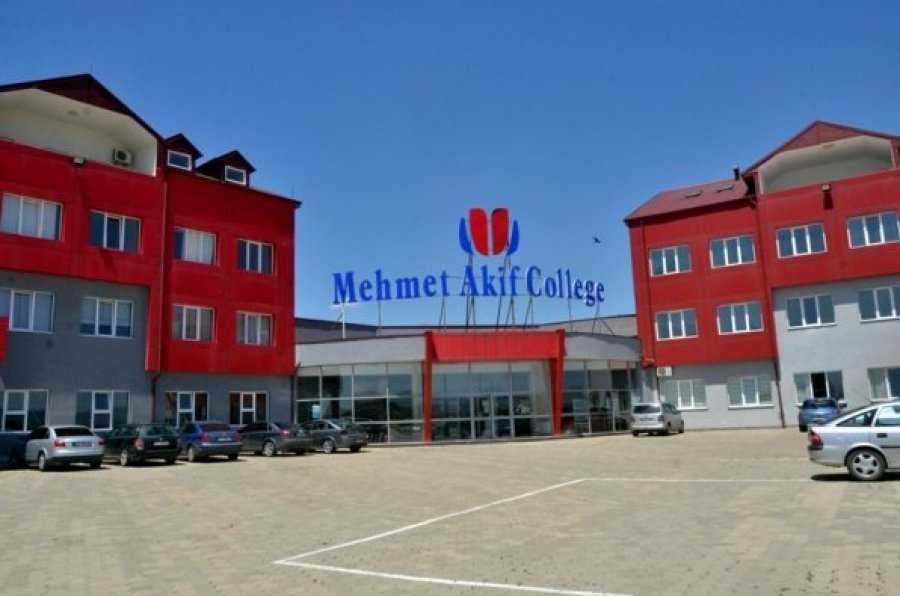 
In Albania, the Turkish college Mehmet Akif, a non-public educational institution and kindergarten for children “Zübeyde Hanım”, part of “Turgut Ozal Education”, reacted today to the decision of the authorities to close their activity. They claim that the decision is unfair.

The Ministry of Education said today, in the case of the Mehmet Akif college, that the reason was the beginning of the teaching process in an environment not previously approved by it. Mehmet Akif College is part of the Gulistan Foundation, linked to the Turkish cleric Fetullah Gulen. The measure of the Albanian authorities raises doubts that behind it lies the repeated request of the Turkish president to close all activities financed by Gülen in Albania.

The students of the Turkish College “Mehmet Akif” protested today in the school yard, after a day before the government decided to close it, a few days after the start of the new season. They were joined by teachers and various parents, while they lined up the medals and evaluations received by the authorities for the high results. The college has been operating since the beginning of the 90s in Albania.

In an explanation for the decision, the Minister of Education, Evis Kushi, pointed out that the College has started the teaching process in a new location and environment, not approved by the Ministry, and that the legal criteria have not been met even though they have been verified twice.

But director Mustafa Ertekin gave a different version. According to him, the communication with the ministry started more than three months ago and the remarks were, in one case, about the position of the board, which turned out to be inappropriate with the angle of the light, and in another case about the gym. According to him, both remarks have been taken into consideration. He expressed his surprise at the decision: “At this moment, I cannot convince neither the students, nor the parents, nor the employees that these are conditions to close an institution”

The college is part of the “Gulistan” foundation, linked to the Turkish cleric Fetullah Gulen, announced by the Turkish authorities as the organizer of the failed coup d’état in July 2016. Since then, Ankara has repeatedly demanded the closure of activities financed by Gulen, or the Feto organization.

This request was a refrain of the public declarations of Turkish President Recep Tayyip Erdogan during his visit to Tirana in January of this year. Even in his speech in parliament, he made an open warning, when he said that this issue is seen as a “prerequisite for brotherhood, friendship and strategic partnership” between the two countries.

The Ministry of Education rejected strong suspicions that Turkey’s insistence was behind its decision. Likewise, Prime Minister Edi Rama, in a post on Twitter, said that there is no place for conspiracy theories and that the only goal was “the equal application of the law in the case of the removal of a school license like many others before”. .

With the same reason, that of not approving the change of location, since last week the closure of the activity of the kindergarten for children “Zybeide Hanim”, part of the Ozal Education Market, has been announced. But in this case, the garden has been located in the current building since 2004, and according to its leaders, as well as the lawyer Isuf Shehu, at that time, the approval of the location was not a legal requirement. They explained that in accordance with the recommendations of the inspection, they had submitted a request in February of this year for the approval of the location, and that the answer came only last week, after 7 months, where the request was rejected, as the hygiene and sanitation act was missing.

“Circumstances lead us to believe that we have been confronted with such a fact based on a situation outside the sphere of law enforcement, which is not related to education”, declared today Gentiana Burimi, director of the kindergarten.

Turgut Ozal Education has also been part of Gulen’s financing, but for several years it has officially changed owners, passing to a company based in the Netherlands, owned by some Turkish citizens./VOA/

The closure of the "Turgut Ozal" kindergarten, the lawyer: No communication, violation of the law by the Ministry of Education! Unfair order from this institution

Jim Bauer back a year after appearing on The Voice, he makes a big announcement

A boy was infected with monkeypox in the US