Visit to Berlin/Gjiknuri: Europe should not lose focus from the Western Balkans 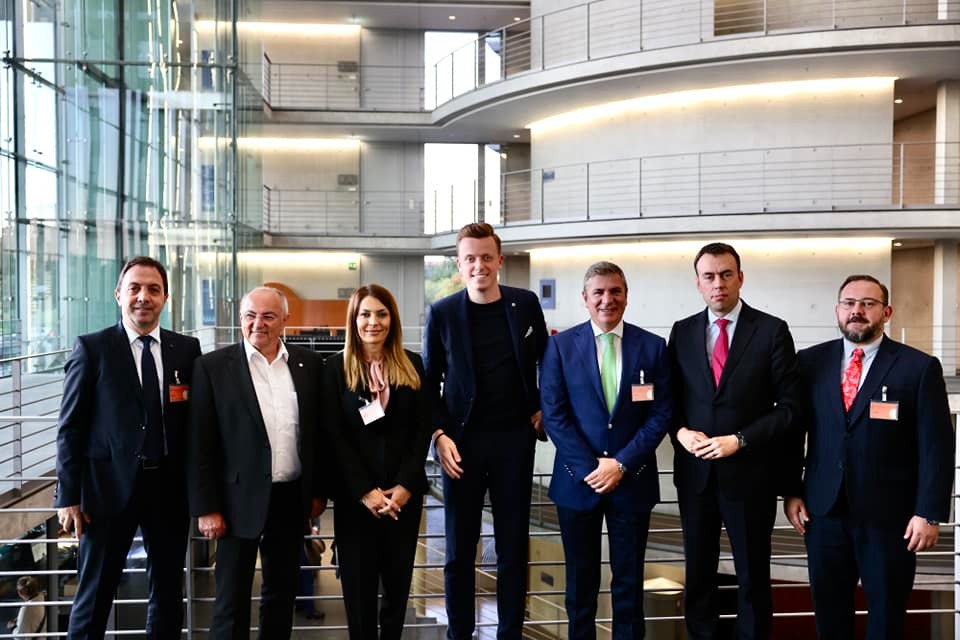 A delegation of the Socialist Party led by the General Secretary of the SP, Damian Gjiknuri, conducted a working visit to Berlin where he met with the highest levels of policy making in the German Social Democratic Party and the German Bundestag on issues related to the Western Balkans.

During these meetings, which were attended by Blerina Gjylameti, Secretary for Organization and Digital Secretary Etjen Xhafaj, the importance of the integration process and the special role that Germany plays in this process were emphasized.

“We tried to explain to all the interlocutors we discussed the processes taking place in the Western Balkans, including the “Open Balkans”. The message was very clear from all the interlocutors that: Germany is supportive of the integration into the European Union as soon as possible of Albania and the entire region”, said Gjiknuri.

The conference on the Western Balkans will be held in Berlin in November under the auspices of Chancellor Scholz. The number two of the socialists emphasizes that the Berlin Conference will focus on the Region and will give a greater impetus to this process.

“Europe, despite being in a difficult moment, should not lose focus on the Western Balkans. Naturally, the Albanian government has a special role to push this process forward. We received support for the measures undertaken by the Albanian government and for the entire policy followed by the “Rama” government. Of course, we committed that we will continue on this path and soon and in the framework of the Congress of European Socialist Parties, where the Western Balkans will be on the special agenda, the message will be emphasized once again how important rapid integration is. says Gjiknuri.

Based on the events in Ukraine, the General Secretary of the SP Damian Gjiknuri underlined the importance of the inclusion of the Western Balkans in the integration processes.

During the visit to Berlin, the SP delegation also met with SPD Chairman Lars Klingbeil, Chairman of the SPD Parliamentary Group Rolf Mützenich, Federal Minister of the Interior Nancy Faeser, Minister of Defense Kristine Lampreht, Minister of Economy and Economic Cooperation Svenja Schulze, Secretary of State in the Ministry of the Interior Rita Schëarzelühr-Sutter, the legendary former presidents of the SPD Franz Müntefering and Rudolf Scharping, the former President of the European Parliament, Martin Schulz, currently head of the “Friedrich Ebert Stiftung”, as well as a number of high-ranking personalities of German politics.

Man caught covid-19 and monkeypox at the same time