Video: watch the last training session of the Argentine National Team ahead of the duel against Mexico 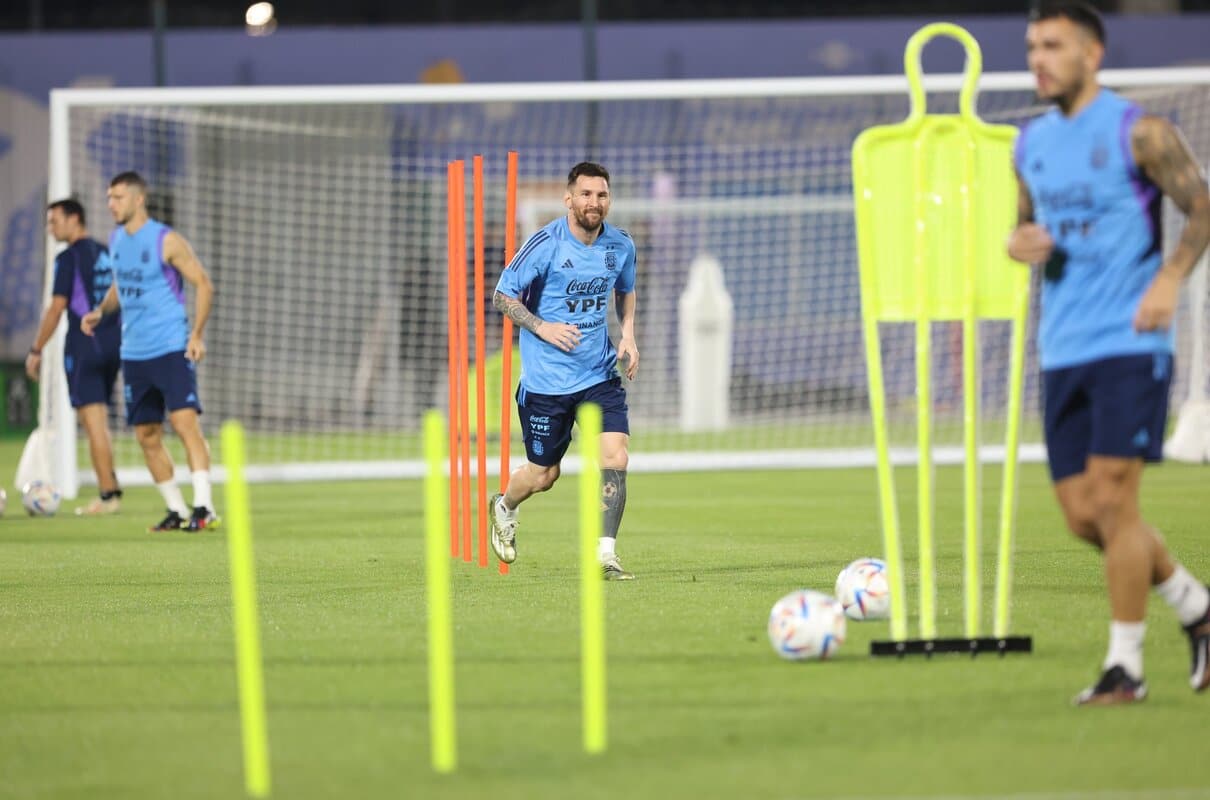 
Looking ahead to the game against Mexico for the 2nd date of Group C of the Qatar World Cup 2022the AFA He shared a video today reviewing the best images of the last training of the Argentine National Team. In the material you can see Lionel Messi, who today did kinesiology for the same discomfort in the soleus that he had before the commitment against Arabia. Later he trained normally.

From there, two more changes should not be ruled out either. Marcos Acuña and Lisandro Martínez instead of Nicolás Tagliafico and Cuti Romero. There would not be any injured in Argentina. But the coach would see certain names with a lack of competition rhythm. The other seven players would be practically confirmed to face Mexico.

What does the Argentine National Team need to qualify for the round of 16?

The following is the Group C standings so far: 1st – Saudi Arabia: 3 units; 2nd Poland: 1 unit; 3rd Mexico: 1 unit; 4th Argentina: 0 units. For Scaloni’s team to secure a place in the round of 16, they need to add two victories in their last appearances.

With that said, it’s important to add that 6 points could also give him the lead in the pack. This scenario would only materialize if Arabia no longer adds wins. His next presentation will be on Saturday 26 against Poland starting at 10:00. While it will close on Wednesday the 30th against Mexico from 4:00 p.m. If they tie both commitments, the Albiceleste could end up in 1st position.

Chiche Duhalde attacked Cristina Kirchner: "Her leadership is not positive"

Dentistry: Basic care protocol in the context of COVID-19

“Gentle Fire” The star of “Fortress” danced on the pylon in support of the Armed Forces of Ukraine. Video