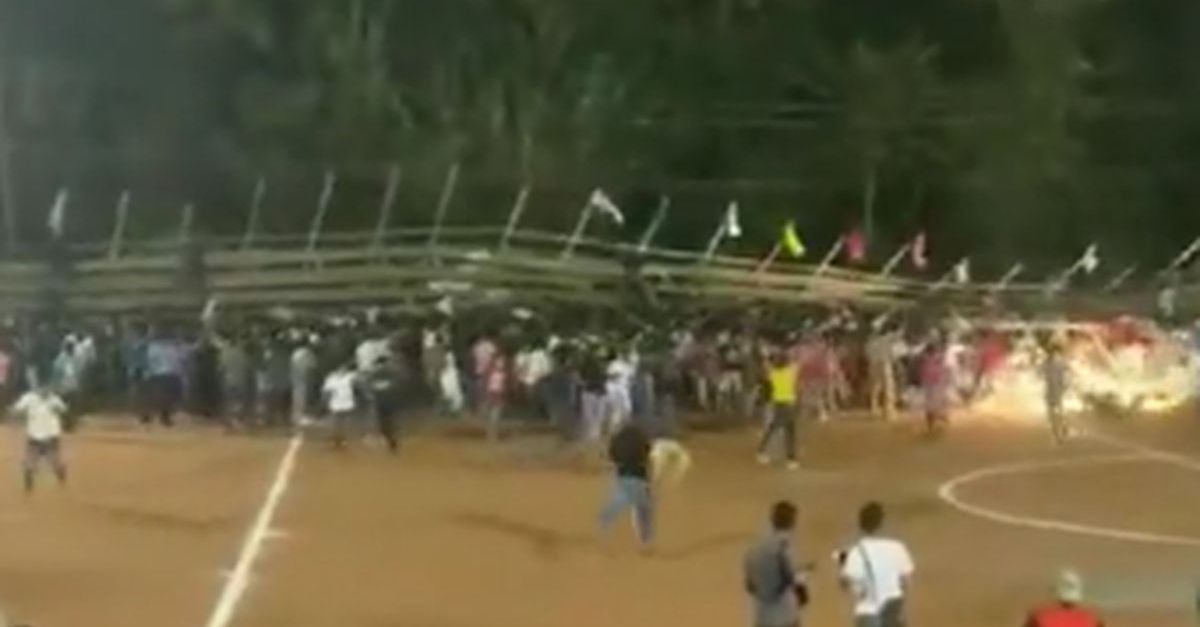 
Incredible views come from India, where during a football match played in the city of Malappuram an entire provisional grandstand, full of people, collapsed. Hundreds of fans were injured, the current number of which is still unknown.

The news was announced by the ANI agency, which also published impressive images that quickly went viral on the Internet. According to reports from the agency, the exact number of spectators who were injured after the collapse of the temporary grandstand is not known, but the images show that practically everyone present in that part of the stadium was involved in the clash.

Some people, who had managed to save themselves from the collapse, had to face another closely related problem: part of the lighting system fell on some fans who were trying to escape. The causes that led to the collapse of the structure have not yet been determined, although it seems easily imaginable that the grandstand has collapsed under the excessive weight of those present.

“He would have called her”: they gave more details about the alleged fight between Flor Vigna and Nico Occhiato

Horror: In a village they exchange corpses of Russian soldiers for prisoners

Thievery Corporation is repeating the historic evening at Arsenal in Kragujevac

“The first thing I heard from people on the street was: ‘We need to speak out.'” Shurov spoke in the center of liberated Kherson. Photo, video

23,000 km of roads destroyed in Ukraine due to Russian invasion