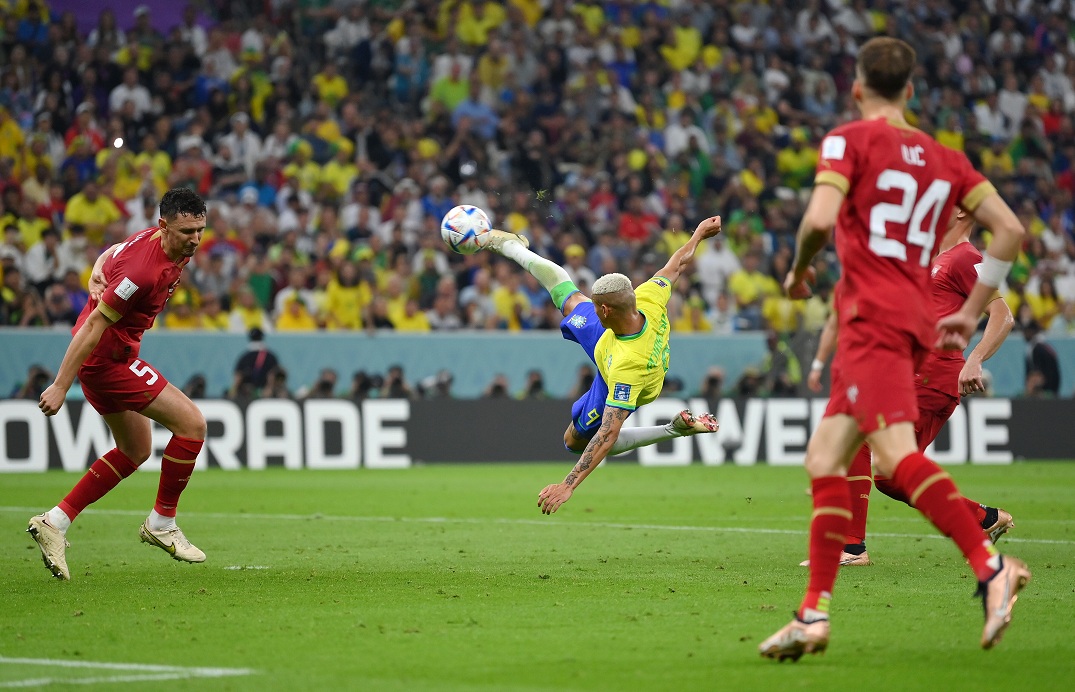 
Brazil beat Serbia 2-0 and started their Qatar 2022 adventure in the best possible way. After a first half with few emotions, the Seleçao increased the pace in the second half and with Richarlison settled the match. The Tottenham striker was the weakest on the field until the moment of the advantage. It was he, in the 62nd minute, who unlocked the match. The goal relieved the pressure on the Tottenham striker, who doubled the lead in the 74th minute with a spectacular goal. Control and acrobatics in the area, in Rivaldo style, and the match had no more history. For Brazil, another pole with Alex Sandro (60′) and a crossbar with Casemiro (81′).

The Brazilian fans outside the stadiums in Qatar may be fake, many were Middle Eastern, but the talent on the pitch is authentic. Lusail sends a message to the world: Tite’s Brazil has the right to the status of the favorite for the World Cup. They beat Serbia 2-0, two goals from Richarlison, and that’s about it. The most important thing is that they defeated a very disappointing Serbia in the second half, but nevertheless concrete, even competitive, keeping the morale of all the most important players high. After a normal hour, Neymar started the action of the first goal. Vinicius hit the ball to make it 1-0 with Richarlison’s finish and provided the assist to make it 2-0. Richarlison just scored a double and scored the most beautiful goal of these five days of the World Cup. And to think, until 0-0 he was the worst on the field. True, but in front of the beauty of the goal, everything disappears.

Rama "defends" Kurti: I do not agree with the attacks on him Kurti: Where is Rama wrong with the "Open Balkans" Kurti reveals what he told Rama about friendship with Serbia Why did Rama side with Albini

The OAS suspended Russia: Argentina abstained in the vote

Lula takes the lead over Bolsonaro in dramatic scrutiny