[VIDEO] Drunk, pretended to be from Ukraine to avoid a fine in Bolivia 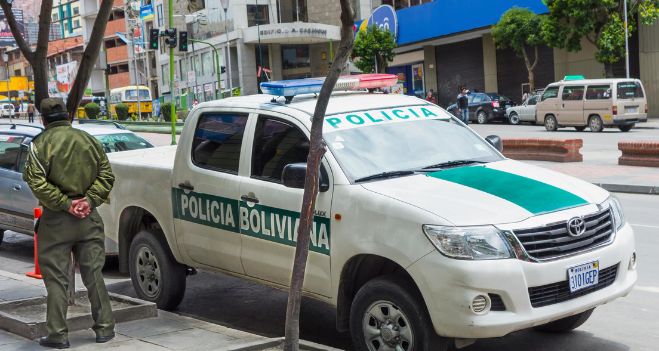 
A driver in an obvious state of intoxication, in an attempt to avoid being sanctioned by the Bolivian Police, argued that he came from Ukraine.

The incident occurred in Coroico, La Paz; and was recorded by a reporter from Red Yungas who witnessed the arrest.

“I’m going to transform,” said the driver, who was with another drunk man and a woman on board the vehicle, while an officer asked him to hand over the keys and get out of the vehicle, pointing out that he was calling everyone’s attention, even from the press.

“I am from Ukraine, I have come from the war”, the curious response of a driver in an alleged drunken state.
Via: Between Quotes pic.twitter.com/kf8SBMvwqs

The reporter intervened and asked the driver where he is from. “From the Ukraine. I have come from the war,” the man replied.

The officer then tried to get him out of the car by grabbing his arm. “Look at the lack of respect,” said the driver towards the reporter, pointing to the uniformed woman.

After a few more minutes of insistence from the police, and after the companions claimed that they were lawyers, the man finally got out of the car to receive the corresponding sanction.

Is cochlear implant a symptom of cancer?

Starting at 300 euros, the BMW X6, Mercedes-Benz and Hummer go up for auction