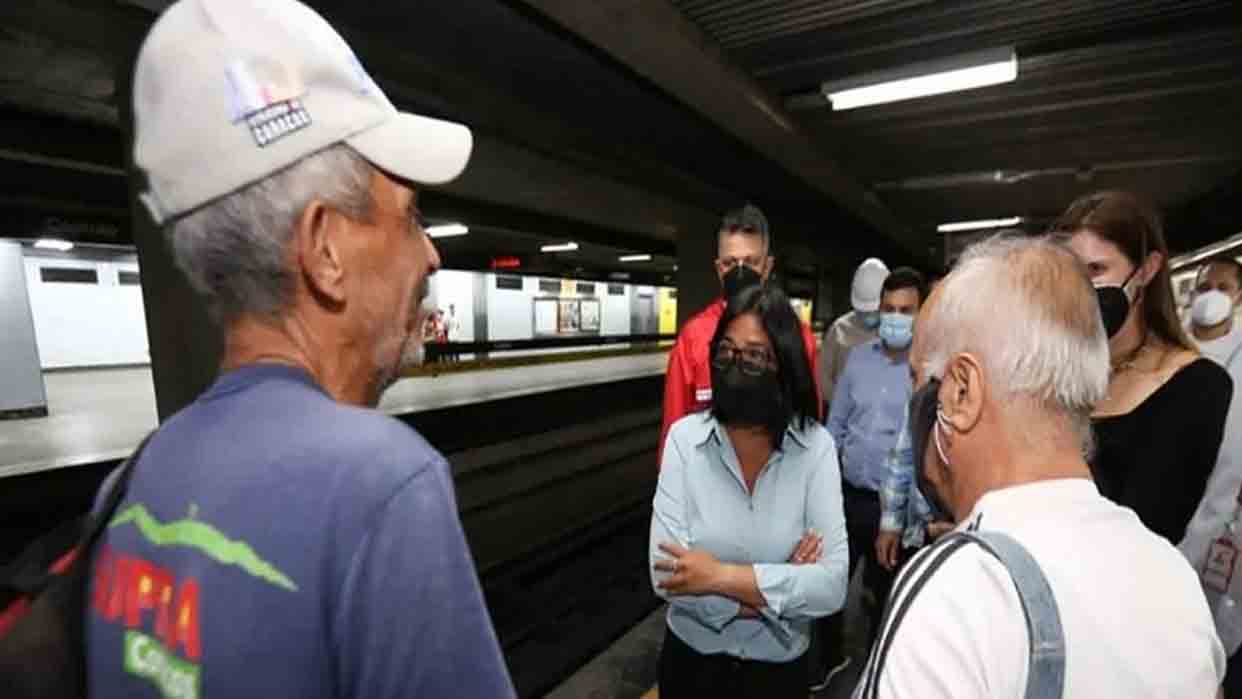 Caracas. – The Executive Vice President of the Republic, Delcy Rodríguez, supervised this Wednesday the remodeling work of the stations of the Caracas Metro system.

On a tour that started from La Hoyada station, Rodríguez verified the work of adapting the lights, recovery of the air conditioning system, escalators, elevators, electromechanical parts, as well as the cleaning and disinfection of internal spaces and common areas.

In the same way, the authorities boarded the train until they reached the Parque Carabobo station, where they shared with Metro users and workers, to learn about the proposals for the work implemented in underground transport.

The executive vice president then went on board the train to the Colegio de Ingenieros station to verify the operation of the user information booths, administrative areas, ticket vending machines, turnstiles, the major ventilation system, which is intervened by the personnel that works in the Plan El Metro se Muevo Contigo.

He ended by observing the maintenance, cleaning and disinfection work in the areas outside the Colegio de Ingenieros station, which is carried out by the institution’s workers.

New owner: it was decided who will take the 10 of Boca

The increase in the number of infections / Alimehmeti: There is no room for panic, this is how the next winter is expected

The great friend of Albanians, the former Secretary of State, Madeleine Albright, dies

An old man in a wheelchair sleeps on the street: the hard family struggle in the background