US Supreme Court upholds right to carry guns outside the home 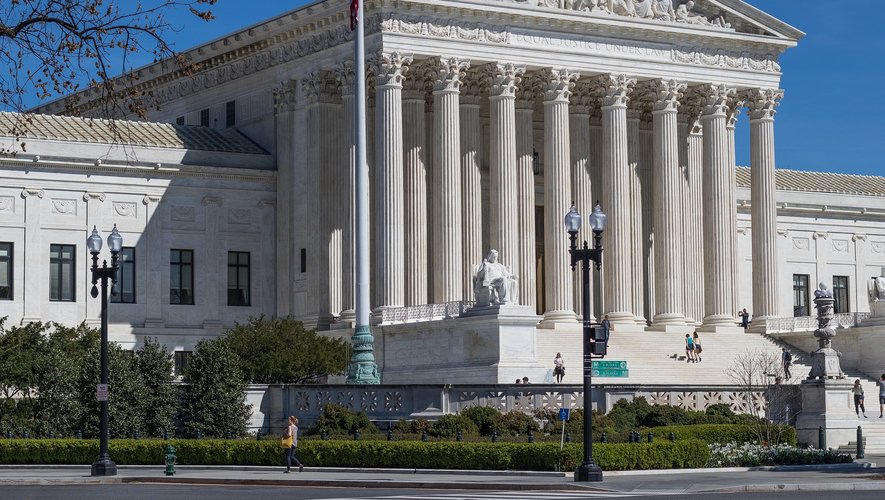 
the essential
The Supreme Court of the United States consecrated this Thursday, June 23, the right of Americans to leave their homes armed.

The United States Supreme Court on Thursday struck down a New York state gun law, enshrining the right of Americans to leave their homes armed. This decision, taken by a majority of six out of nine judges, all conservatives, comes as the country is still reeling from a series of deadly shootings, one of which, on May 24, killed 21 people in a primary school. from Texas.

“The Second and Fourteenth Amendments to the Constitution protect an individual’s right to carry a handgun for self-defense outside the home,” Justice Clarence Thomas wrote for the majority. The Court acts “without considering the potentially fatal consequences of its decision”, regretted its progressive colleague Stephen Breyer in a separate argument, recalling that “in 2020, 45,222 Americans were killed by firearms”.

The powerful arms lobby, the National Rifle Association (NRA), immediately hailed a “victory”. The decision, on the other hand, represents a strong snub for the supporters of a better regulation of firearms, whose efforts it will complicate.

Concretely, it relates to a law which, since 1913, has limited the issuance of permits to carry concealed weapons to people who have reason to believe that they may have to defend themselves, for example because of their profession or threats against them. It had been challenged in court by two gun owners, who had been denied permits, and an affiliate of the NRA.

Disco music is not a question of fashion: the 30 songs that made the world dance

Networks: the best memes of Boca’s defeat against Banfield with the focus on Vidal

Trade and economic relations between Armenia and Ukraine have a great potential for development. Mher Grigoryan

A figure from ‘El Hotel de los Famosos’ was honest in front of Pollo Álvarez: “I don’t bank”

If we try to lower inflation at any cost, it can be dangerous for the economy ․ “Confrontation”