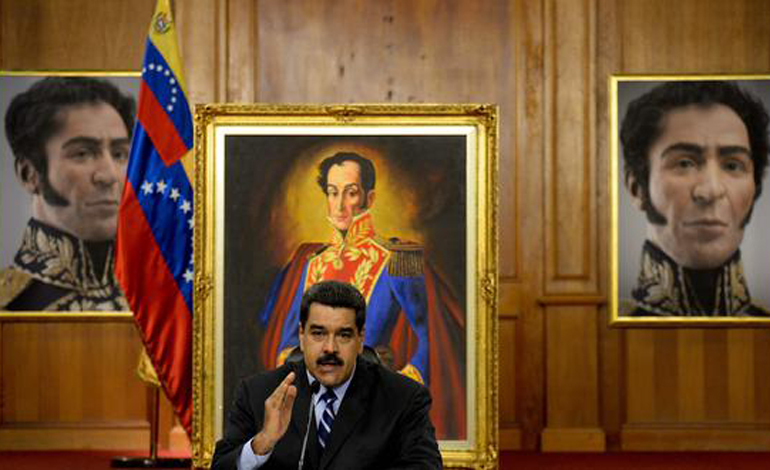 
The president, Nicolás Maduro, announced this Monday that A delegation from the United States Government arrived in the country to continue the talks that began on March 5 and give continuity to the bilateral agenda.

The talks began the weekend of March 5, when rumors began that the White House confirmed two days later, and reported that a high-level delegation sent by President Joe Biden he had met with Maduro at the Miraflores palace.

This was stated at a press conference by Jen Psaki, the then White House spokeswoman, when asked about these direct talks between Washington and Caracas, the highest level between the two parties in the Venezuelan capital in years.

«The purpose of the trip (to Venezuela) was to discuss different issues, among them, of course, energy security“, he pointed.

The same day that Washington reported the visit to Caracas, Maduro confirmed their meeting.with a high-level American delegation“, to which he conveyed his will to “advancing in an agenda that allows well-being and peace»after years of confrontation between the two countries.

Then, he assured that the talks started in early March would continue “forward”, in the search for “a positive agenda” between the Joe Biden government and his administration.

In the absence of a few days to complete four months of that first meeting, the US delegation returned to the country and met with the president of the National Assembly (AN, Parliament), Jorge Rodríguez, who led the negotiations with the opposition in Mexico, from August 2021 until October, when the ruling party decided to unilaterally interrupt them.

One of the conditions that the US sets for relations with Venezuela to resume and stabilize is that both the opposition and the ruling party return to Mexico City and restart the dialogue.

Thousands of migrants protested in Mexico and threatened a new caravan

WHO ELSE CAN GET OVER ME? Maja Marinković responded to Dragojevićka in an unprecedented way, then responded to Filip’s beating

“To what extent has the yard improvement of 136 million drams contributed to the treatment and prevention of the epidemic? It must be at least substantiated.” Janjughazyan

Note these pains that last more than three months; Could be fibromyalgia