Ukraine, we will not capitulate to Mariupol 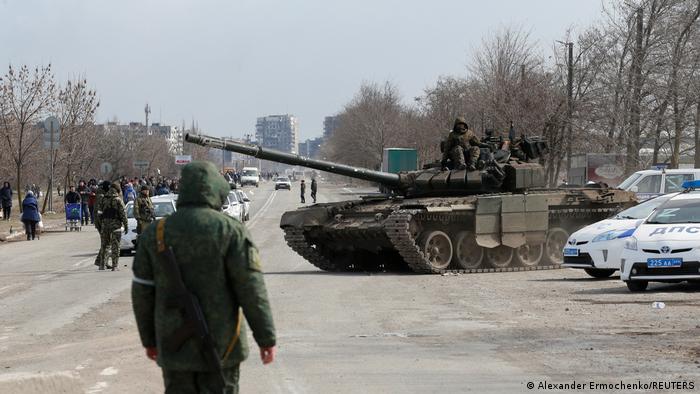 
Ukraine does not accept capitulation in Mariupol, despite the Russian ultimatum. Ahead of the wave of Ukrainian refugees, German Foreign Minister Annalena Baerbock says that every country in Europe must accept refugees.

Ukraine has refused an ultimatum to hand over the besieged city of Mariupol to Russian forces. “There will be no capitulation and surrender of weapons,” Ukrainian Deputy Prime Minister Irini Veretshuk told Ukrajinska Pravda on Monday morning. This has been made known to the Russian side.

Russian Major General Mikhail Misinzev said on Sunday, referring to Mariupol, that there was a “terrible humanitarian catastrophe”. “All those who surrender their weapons will be guaranteed free movement from Mariupol.” A corridor will be opened for this on Monday morning, the head of the National Defense Center announced. According to Misinzev, civilians will also be allowed to leave the city in the direction of Russia or the areas controlled by Ukraine. According to the Russian side, there are still 130,000 people in Mariupol. The city council of this city had accused Russia of sending the inhabitants to Russia against their will.

Meanwhile Ukrainian and Russian negotiators have struck a deal for a videoconference on Monday. Adviser to the Ukrainian president Myhajlo Podoljak said that “both working groups have been working intensively lately.” But according to Podoljka, talks on ending the war between the two countries could take several weeks. But there are signs, he said, that Moscow’s position is more “tailored” and more realistic, according to President Zelensky’s adviser. Russia demands demilitarization of the country and neutrality of Ukraine. Ukraine has signaled readiness for neutrality, is seeking strong guarantees from the west. Kiev, on the other hand, insists on territorial inviolability.

German Foreign Minister Annalena Baerbock has called for solidarity within Europe in the face of the large influx of refugees from Ukraine. “Many, many more people will come. “We will have to disperse them from the European outer border,” said the green politician after a visit to a refugee shelter in Hanover. She wants to repeat this appeal at the meeting of Foreign Ministers in Brussels on Monday. “Every country in Europe must accept people,” Baerbock demanded. “We have to take people across the Atlantic.”

Meanwhile US President Joe Biden wants to visit Poland. The White House announced that Biden, as expected, will attend the NATO, EU and G7 summits in Brussels on Thursday. On Friday, he will travel to Warsaw for a meeting with Polish President Andrzej Duda. We will also talk about the humanitarian crisis, which has caused “this unjustified and unreasonable war of Russia against Ukraine” is announced by the White House./DW

Calm victory for Teuta in the transfer against Laçi

Víctor Hugo Morales: «What do we choose for those who are going to be born helpless in this world?»

Have you chosen your playlist for Valentine’s Day? Follow us