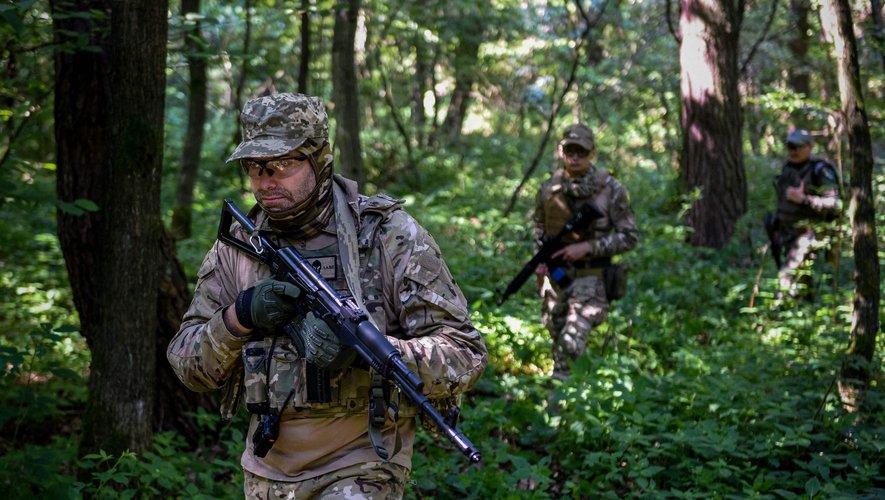 
the essential
A report by the NGO Amnesty International accuses the Ukrainian forces on Thursday of having endangered the lives of civilians by establishing military camps in schools or hospitals. Ukraine said it was “outraged” after these “unfair” accusations.

The head of Ukrainian diplomacy, Dmytro Kouleba, said Thursday that he was “outraged” by the “unfair” accusations of the NGO Amnesty Internationalwho blamed kyiv for endangering civilians in the war with Moscow.

Read also :
War in Ukraine: at least eight people killed in a bombing at a bus stop

According to the NGO, the Ukrainian army has put civilians at risk by establishing military bases in schools and hospitals and by launching attacks from populated areas to repel the Russian invasion, Amnesty International said on Thursday. Such tactics violate international humanitarian law, the NGO warned in a statement, the conclusions of which were denounced by kyiv as participating in “a disinformation and propaganda operation”.

“Not exempt from respecting international law”

“We have documented a tendency for Ukrainian forces to endanger civilians and violate the laws of war when operating in populated areas,” said Agnès Callamard, Secretary General of Amnesty International. “Being in a defensive position does not exempt the Ukrainian army from respecting international humanitarian law,” she added.

Between April and July, Amnesty International researchers investigated Russian strikes in the regions of Kharkiv (east), Donbass and Mykolaiv (south-east), inspecting sites hit by strikes and interviewing survivors, witnesses and relatives of victims.

According to the NGO, these researchers found evidence that Ukrainian forces were launching strikes from populated residential areas and had established bases in civilian buildings in 19 towns and villages in these regions. Most of the residential areas where the soldiers were located were located miles from the front lines, Amnesty notes, pointing out that other options that would not have endangered civilians – such as military bases or densely wooded areas in proximity – were possible.

The NGO indicates that to its knowledge, the soldiers who settled in these residential areas did not ask the civilians to evacuate. She claims that Ukrainian forces have established military bases in schools and hospitals. On Twitter, Ukrainian presidential adviser Mikhaïlo Podoliak assured that “people’s lives” were “Ukraine’s priority” and that the populations of towns near the front were being evacuated.

“The only thing that poses a threat to Ukrainians is the Russian army… coming to Ukraine to commit genocide,” he said. “Moscow is trying to discredit the Ukrainian armed forces in the eyes of Western companies with its network of agents of influence. It is a shame that an organization like Amnesty participates in this campaign of disinformation and propaganda”. “Ukraine clearly adheres to all laws of war and international humanitarian law,” he said in a statement.

If Amnesty denounces these Ukrainian tactics, it insists on the fact that they “in no way justify the blind Russian attacks” which have hit the civilian populations. The NGO says it contacted the Ukrainian Ministry of Defense about its research findings on July 29 but had not received a response as of the release of the statement.

Messi’s tender gesture with a rival at 9 years old

The import of chocolate և chocolate products of “Kinder” brand will be temporarily banned. SATM:

Babies who died at Mohamed-Tlatli hospital in Nabeul: Opening of an investigation