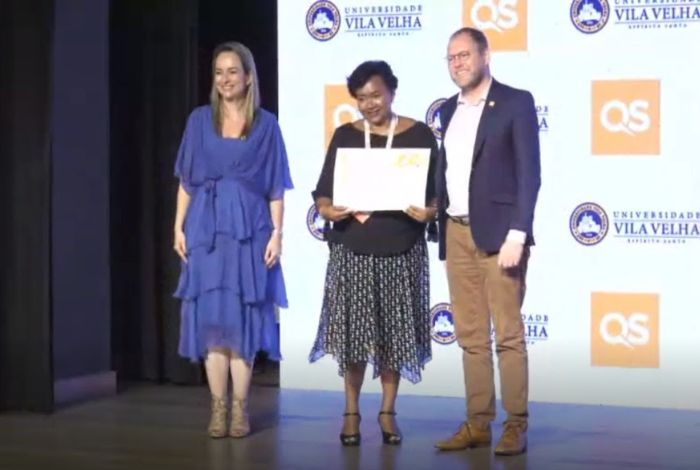 The Universidad Católica Andrés Bellos rose to position #69 in the subcontinent and repeated as the best private institution in Venezuela in the QS Latin America University Rankings 2023.

During the presentation of the list, held in Brazil, the Quaqcuarelli Symonds organization awarded UCAB for its improvement in indicators and its high academic and employee evaluation.

Indeed, this Thursday, September 22, took place at the Universidade Vila Velha, in Brazil, the “QS Higher Ed Summit: Americas 2022”an event that brought together representatives of universities from all over the continent to discuss and share information on the challenges and opportunities that institutions in the region have to improve the quality of the education they provide.

During the meeting, the British firm Quacquarelli Symonds (specialized in data analysis on university performance worldwide) made public the QS Latin America University Rankings 2023, a classification that weighted the performance of higher education institutions from Mexico to Argentina. For this edition, 428 universities were evaluated, 12 more than in the previous year.

UCAB on the rise

According to the listing, the Andres Bello Catholic University climbed seven rungs from #76 to #69 among his peers on the subcontinent. This is the best position obtained by the study house since 2019, when it reached number 74 in Latin America.

The UCAB achieved a total score of 48.1 out of 100 and stood out particularly in specific indicators such as Reputation among Employers and Academic Reputationin which he obtained 90.8/100 and 76.9/100, respectively.

At the national level, the Caracas Jesuit institution climbed one position and went from fourth to third place among all the universities in Venezuela. As in previous years, it remained the best privately managed university in the country and the only non-public institution among the 100 best in the continent.

The coordinator of the UCAB Statistics Unit, Gabriela D’Ambrosioassured that the results obtained by the university are not by chance.

«We have worked on the quality of our teachers, hiring professionals with a higher academic degree; in the teacher/student ratio, improving the number of teachers per student; in maintaining the name of UCAB, between academics and employers, developing projects and achieving alliances. All this dedication has resulted in climbing seven positions in the Latin American ranking, which shows that we are a reliable university at the regional level, increasingly recognized and competitive outside of Venezuela”, he specified.

already in the QS World University Rankings 2023, published in June and dedicated to assessing the performance of universities around the world, UCAB climbed at least 50 places worldwide and was positioned in the range 751-800 among almost 1,500 universities evaluated. In 2022 it was in the 800-1000 range.

During the presentation of QS Latin America University Rankings 2023, in Brazil, a special awards ceremony was held for the most outstanding universities on the list. The awards were given in five categories: Recognition of Improvement, Excellence in Research, Impact on Reputation, Newcomers and Top 10.

As part of that group, the UCAB received two awards: «Improvement Recognition«, for having climbed several positions and increasing his qualification, and that of «Impact on Reputation«, after having achieved a high academic rating and among employers in the region. According to the ranking, Universidad Católica Andrés Bello ranked #18 in reputation among employers and #25 in academic reputation in all of Latin America.

The secretary of the UCAB, the teacher Magaly Vasquez, received the awards in person; He assured that they are one more example of the sustained effort made by the university to maintain academic excellence, even in the midst of the country’s social and economic crisis.
“These two recognitions fill us with great pridebecause they were delivered within the framework of a meeting dedicated to discussing the improvement of the level of higher education in the Americas and because we are the only Venezuelan university that received them.

In addition, in the categories in which we were recognized, we share with other important universities on the continent, such as the University of Buenos Aires, the Tecnológico de Monterrey, the Catholic University of Ecuador or the National University of Asunción, all of which are prestigious,” Vásquez said from Brazil.

The Latin American ranking of universities has been published by Quacquarelli Symonds since 2011. As explained on its website, the evaluation is based on several indicators, including academic reputation, reputation among employers, research citations, faculty/teacher ratio. students and web impact.

In the Sumy region, Russian troops fired at a psycho-neurological boarding school, three patients in the hospital – the head of the OVA

There is a need for awareness in rural communities

Sinegubov denied the fake that the invaders allegedly approached Kharkov