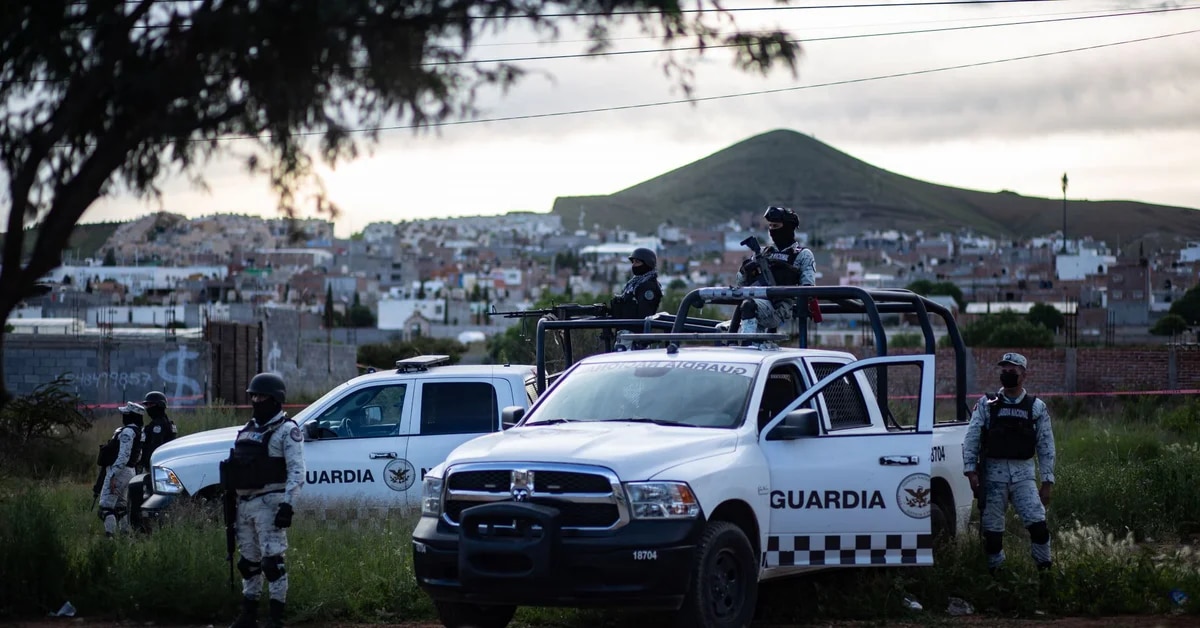 A car accident on the Arriaga-Ocozocoautla de Espinosa toll road left a balance of two people dead and eight injuredincluding five elements of the National Guard.

The events would have occurred on the morning of November 24 at kilometer 29 of the aforementioned highway in the state of Chiapaswhen the National Guard patrol belonging to the 20th Battalion carried out a security and surveillance patrol in the area.

When he was returning to his base of operations, the mishap occurred. Although the details of how the events occurred were not reported, it was indicated that the alleged perpetrator was the driver of the National Guard vehicle, what sources of The universal identified as Miguel Ángel “N”, who fled the place.

To attend to the emergency, ambulances and paramedics from the Red Cross of the region arrived to transfer the injured, with internal bleeding, to nearby hospitals.

Likewise, elements of the National Guard, the Mexican Army and ministerial offices of the State Attorney General’s Office (FGE) attended.

The security agency would have already initiated an administrative process, as well as made the national guards who were traveling in the vehicle available to the ministerial agency for the demarcation of responsibilities.

So far the identity of the people who died after the vehicle accident is unknown. Unofficially it was said that one of the deceased was a child and an elderly person.

The crash registered in Chiapas is not the only one of its kind. Last October a sweets seller He died after being hit by a National Guard vehicle in Jalisco.

Paramedics came to the scene who could not save the merchant’s life and confirmed his death.

Unlike the latter case, the National Guard shared a statement in which he confirmed the accident, regretted what happened and also mentioned that will support the bereaved. Similarly, it was reported that the driver was made available to the relevant authorities.

Another National Guard vehicle accident occurred in September on the Cuacnopalan-Oaxaca highway, in which a uniformed officer died.

Although no further details were offered about the only reported fatality until, unofficial versions disseminated in local media indicated that the officer was Elizabeth Cantú, 22 years old.

Similarly, it was announced that the accident caused injuries to 32 elements of the National Guard. Of these, 15 were treated at the scene and 17 more were transferred to the Hospital de la 28a. Military zone. Presumably, the officer died at the medical unit facilities.

Another accident happened last October. In these facts, an alleged element of the National Guard drilled the floor of an establishment with his weapon because he missed a shot.

During the recording that circulated on social networks, a man in boots and a uniform could be seen carrying a long weapon, and one of the people present exclaimed: “The good thing is that it was there on the ground.”

After having pierced the floor the armed man He apologized and pointed out that the gun did not have a safety. “Excuse me, the truth is that we come from working abroad.”

General José Silvestre Urzúa, coordinator of the National Guard in Zacatecas, was assassinated during a confrontation

This is how they hid methamphetamine in a truck tire in Baja California; a woman was arrested

They reported the alleged suicide of an element of the National Guard in Tepatitlán, Jalisco

Cristiano Ronaldo writes the history of the World Cup

The number of victims has increased, among the wounded is a girl who was evacuated from Kharkov. Consequences of the strike on Chortkov. Photo report

Neck pain and air conditioning, what to do? The expert replies