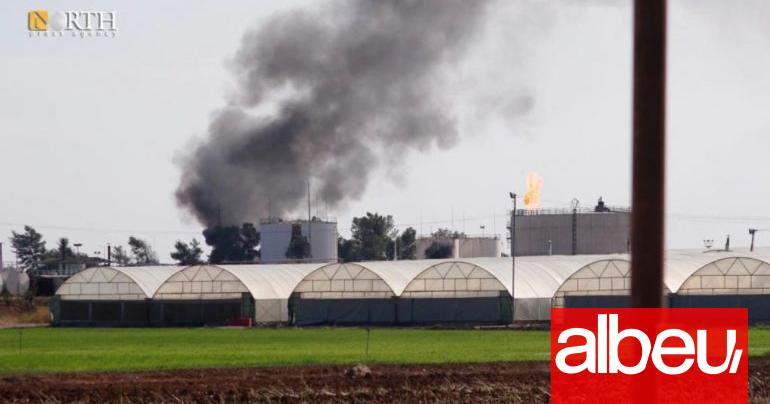 
Turkish drones are striking key oil facilities under the control of the Kurdish-led Syrian Democratic Forces (SDF) in northeastern Syria, three local sources said. The airstrikes were strongly condemned by the United States.

The SDF announced that dozens of people, including 11 of its fighters, were killed during the attacks. This is the first time that Turkey has systematically attacked oil fields in the region controlled by the SDF.

Over the weekend, Turkish planes launched airstrikes against bases of the Syrian Kurdish YPG militia located in northern Syria, prompting retaliation in the form of attacks along the Syrian border.

The SDF, a US partner in the fight against Islamic State, said Turkey had struck deeper into Syrian territory than in previous operations and that the strikes had killed 15 civilians and 25 Syrian government soldiers.

Turkish President Tayyip Erdogan has promised to expand the operation and said that Ankara will start a ground operation when it deems it useful.

“The enemy intends to cause great damage to our defense forces, in particular to our commanders and command centers… It is thus preparing the ground for a ground offensive,” the SDF said in a statement.

Since 2016, Ankara has already conducted three ground operations in Syria against Kurdish militias.

Turkey launched airstrikes in response to the deadly November 13 bomb attack in Istanbul, which it blamed on the YPG, which runs the Syrian Democratic Forces (SDF). Ankara considers the YPG an extension of the Kurdistan Workers’ Party (PKK), which it has outlawed.

No one claimed responsibility for the attack, and the PKK and YPG have denied involvement.

Turkish drones struck oil facilities in the late hours of Wednesday near the Syrian city of Qamishli, as well as in the rich Rumeilan oil-bearing area, near which US forces are also stationed, three sources in the Syrian cities of Qamishli and Hasaka announced.

The Pentagon said the Turkish airstrikes threatened the safety of US military personnel and that the escalating situation has jeopardized years of progress against Islamic State militants in the area.

The United States has about 900 troops in Syria, mostly working with the SDF in the northeast.

Asked about the Pentagon’s comment, a Turkish defense ministry source said Ankara “selects its targets carefully” and was in close contact with its American counterparts. This source said the oil fields were not among Ankara’s targets.

The PKK is considered a terrorist organization by Turkey, the United States and the European Union. American support for the SDF has been a major source of tension in relations with NATO ally Turkey for years./VOA

Silent and tepid match, Uruguay was stopped by the two pillars to take the victory

The fugitive macrista appeared at the Parlasur and generated a scandal

DEJAN LOOKED AT ME AS A LADY Dalila admitted how she felt, then shed bitter tears: I’m cursed!