Truss reveals the route of Albanians trying to cross the English Channel by raft: I will deal with this issue personally 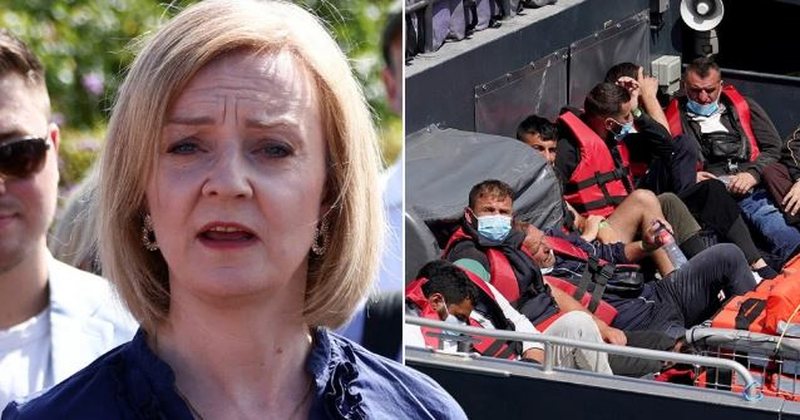 
The candidate for prime minister of Great Britain, Liz Truss, has promised today that she will be very ‘strong’ with the French and will ‘deal personally’ with the European judges to solve the crisis of migrants crossing the Channel by raft. La Mansh”.

The Foreign Secretary has vowed to look into the government’s scheme to send migrants to Rwanda if she becomes prime minister as a means of curbing the number of people arriving on British shores in small boats.

“The thing is, what’s happening right now is that people are calling their lawyers before they leave, to get asylum seekers out of immigration detention centers. And they’re using the European Court of Human Rights to stop the deportation, so that’s the issue we have to deal with,” Truss said.

She also reiterated her commitment to expand the scheme to more countries, which could see those arriving in the UK on dinghies sent to various other countries besides Rwanda.

According to Truss this would help other nations ‘build their economies’ and avoid ‘brain drain’ across their borders.

“What is really important is that countries like Rwanda want citizens in their country to help build their economy. They don’t want a massive brain drain, but we have to work with them to do that and make sure there’s somewhere illegal immigrants can go,” she declared.

The Foreign Secretary said she would push through a proposed ‘Bill of Rights’ to reduce the influence of the European Court of Human Rights, which has previously imposed a legal block on migrants being sent from Britain to Rwanda.

Speaking to Red Wall voters in Leigh, Greater Manchester, she was challenged by an audience member who told her the French government was “totally uncooperative”, as anger grew in Britain that the coastguard across the Channel allows human trafficking gangs to move freely.

“I had a very tough conversation with the French foreign minister two weeks ago because the French are not putting enough staff at the borders at Dover to deal with the long queues. I will be very clear and firm in my negotiations with the French. I think you saw in the Northern Ireland Protocol, that when we didn’t get what we needed to amend the Protocol and restore peace and stability to Northern Ireland, I took the Protocol Bill through Whitehall and took it to the House of Commons. Municipalities. So I am prepared to take strong action with the French and with the EU to get things right,’ Truss said.

Florian Belli's sisters ask for the custody of two children: We need 50 thousand dollars to get them

Stuttering has a cure in childhood

He beat his partner until a 4-year-old son defended her: “You’re going to get out of here in little pieces”

Yuri Kokobelyan: about buying a hydropower plant for 50 thousand drams

‘The first signal, the peak has passed’/ Epidemiologist: The first day that active cases fall during the BA.5 wave