Truckers and authorities in Chile do not reach an agreement 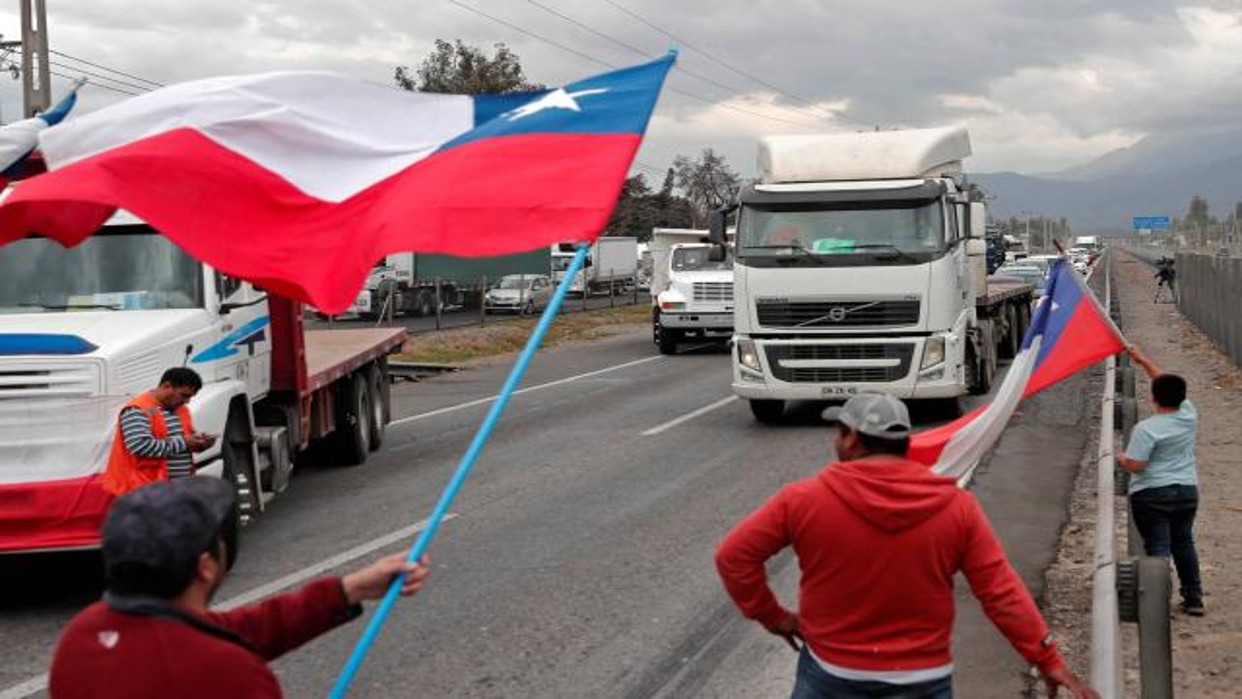 Caracas.- The truckers union and the Chilean government did not reach any agreement on Tuesday and, therefore, the carriers will continue the strike that began last Monday, against the high prices of fuels and the lack of safety on the roads.
The Confederation of Transportistas Fuerza del Norte in Chile announced that it will maintain the indefinite strike after rejecting the government’s proposal to end the protest, reported Efe.

The government authorities proposed a document stipulating the authorization of 12 rest areas with lighting, a police fence and other security measures between Santiago and Arica (2,000 kilometers north of Santiago), in addition to the injection of 1,500 million dollars to the Stabilization Mechanism of the Fuel Price (Mepco).

“The mobilization continues until we can reach a definitive agreement between the parties,” the president of the carriers grouped in “Fuerza del Norte,” Cristian Sandoval, told local media.

“It is not satisfactory, there is no more comprehensive solution to the problem,” also pointed out the president of the National Freight Transport Confederation, Sergio Pérez.

Is kidney donation dangerous? Can the donor lead a normal life; Everything you need to know

Demarcation with Montenegro, Kurti says he is waiting for Abazovic to come to power

Bats are not the only source of many animal diseases

How to take care of your “smile care”: 7 tips for having perfect teeth