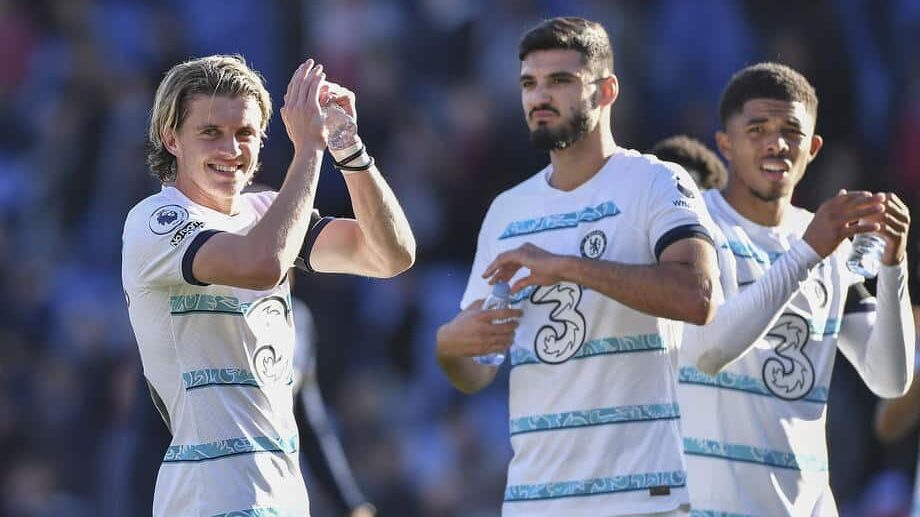 Liverpool and Brighton shared the points in a great match of the eighth round of the Premier League.

The match ended 3:3, and the Belgian Trosar shone among the visitors, scoring all three goals for his team.

The guests were already leading 2:0 after 18 minutes. Trosar scored in the 4th minute on Welbeck’s pass, assisted by March in the 18th minute.

By the end of the half, Liverpool reduced through Firmino after Salah’s pass. The same player scored in the 54th minute to make it 2:2. When Webster scored an own goal to give Liverpool the lead it looked like the hosts were heading for victory.

However, the great Trosar was accurate again in the 83rd minute on a pass from Mitoma for the final 3:3.

In today’s second London derby, Chelsea beat Crystal Palace 2:1 in stoppage time with a goal by Gallagher, who played for Palace last season. Earlier in the first half, the hosts took the lead through Eduardo, and Aubameyang equalized with the first goal after returning to England.

Fulham’s Aleksandar Mitrović experienced a debacle. They were defeated by Newcastle 4:1 at home. It should be said that from the eighth minute they played with one less player due to the suspension of Čaloba. In the first half, Wilson, Almiron and Longstaff scored for the guests, and Almiron put the point with his second goal. Fulham only reduced it in the finish with a goal by Reed.

Southampton lost at home to Everton 1:2. Everything worth mentioning happened in five minutes. The Saints took the lead in the 49th minute through Arribo, and then Cody and McNeil brought the turnaround to Everton in the 52nd and 54th minutes.

The match between Bournemouth and Brentford ended 0:0, writes Sport Klub.

Luis Suárez was moved and revealed an intimate detail about Messi

“To come to light”: they assure that Marcelo Tinelli could announce a new love relationship

This moment too shall pass; Samantha shared her illness on Instagram

Laura Ubfal revealed what will happen to Alex Caniggia: “They want him again”