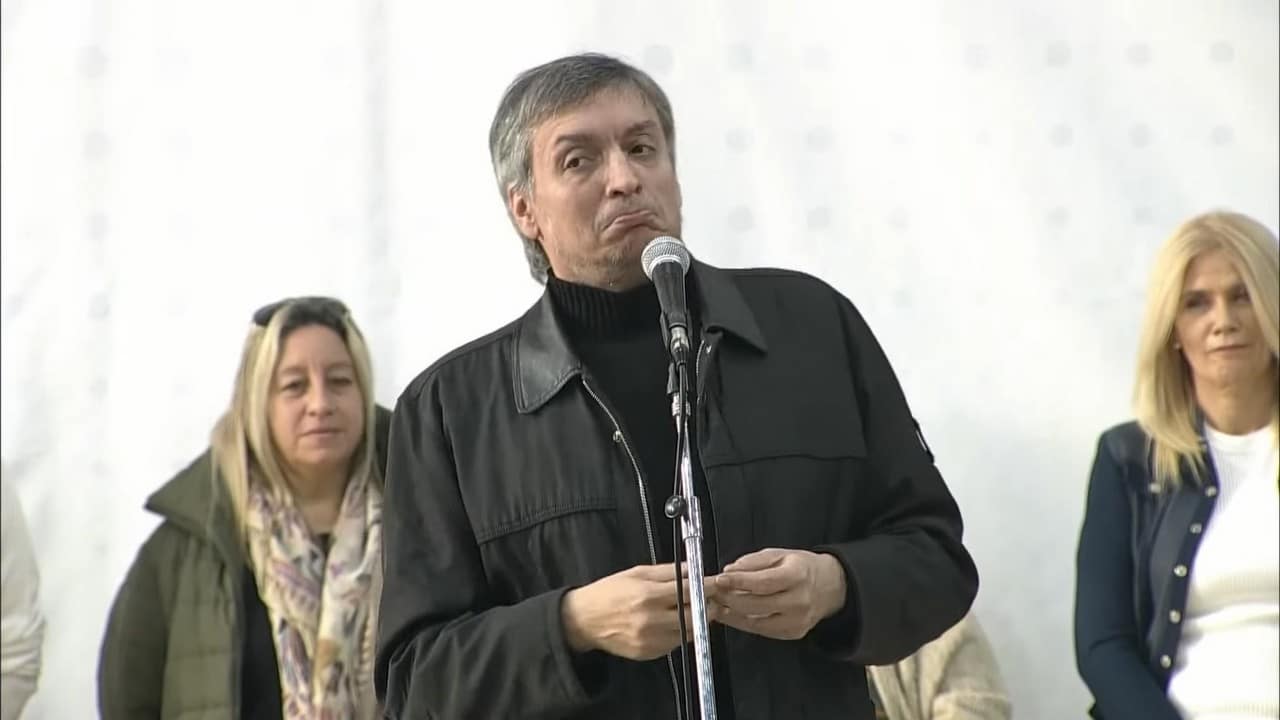 The federal prosecutor Diego Luciani involved a Maximo Kirchner in the indictment for alleged corruption in the public work awarded to Santa Cruz between 2003 and 2015. Within the framework of the arguments of the trial of the “Cause road”, Luciani acknowledged that at that time the son of the vice president Cristina Kirchner “He had no public office.” Given this, the prosecutor showed strong evidence against the current national deputy for the Frente de Todos.

It is a series of WhatsApp messages extracted from the phone of the former Secretary of Public Works Jose Lopez (the one with the bags) that consigned an interest of Máximo in a construction site of 100 streets. The dialogues were between López and the former deputy from Santa Cruz Marias Bezipersonal friend of Kirchner, and also with the then official of the Ministry of Planning Abel Fatalaanother of the defendants in the case.

In one of these dialogues, López lets Bezi know about the progress of different works in Santa Cruz and Fatala affirmed that Máximo Kirchner “went through the works and asked for information about them.” Interventions by Máximo Kirchner do not appear in the exhibited documentation, despite which for the prosecutor “it is more than clear that he was aware of what was happening in Santa Cruz.”

“Máximo Kirchner toured the works together with a person he closely trusted, Matías Bezi. When the accused wield that they did not know what was happening in Santa Cruz, it is not true, they handled all the tenders,” charged the prosecutor. The affirmation seemed to anticipate that Luciani will request that deputy Kirchner be investigated for alleged “coordination” with the rest of the defendants.

“The order to carry out this tender and the hurry for the hundred blocks emanated from the highest positions of the Executive Power and in this work the son of the President and José López appear as intermediaries,” said the prosecutor. The tender in question, according to Luciani, was for “25 million dollars to build a hundred blocks” and the work was awarded to the Kank y Costilla company, which said it was under the control of Lazarus Baez.

What left a new day of allegations

Luciani opened the third day of the allegation in the public works case by analyzing one by one the circumstances in which each of the contracts were awarded. The starting point was to compare the companies that offered for each call for tenders to conclude that firms from the Austral Group, owned by the defendant Báez, competed with each other and had the collaboration of others that did not belong to him to “simulate the legality of the tender.” .

However, he did not specify whether, due to the composition of the bidding documents, other companies that would have wanted to compete were excluded from bidding to keep the works. Although he spoke of “directing” the tenders to favor Báez, he failed to explain which companies would have been harmed by these alleged illegal actions.

The prosecutor insisted on qualifying each bidding process as “fiction” and emphasized the short times for the award of works and the lack of controls on compliance with the execution. In this sense, he highlighted that none of the works assigned to the Austral Group complied with the originally set deadlines.

“One can understand that a public work has delays or extensions for certain reasons, but if none of the works meets the deadlines, this demonstrates the inability of Austral Construcciones to carry out these tasks,” he emphasized. Luciani announced that he will return to the alleged “incapacity” of the Báez Group companies at the next hearing, which will be the fourth of the nine scheduled for the prosecution.

He also alluded to the amounts of “financial advances” that the Báez companies were receiving in different stages of the execution of the works that were awarded to him. “We cannot believe how such acts of corruption went unnoticed,” Luciani insisted. The prosecutor closed in this way a week in which he directly targeted the Kirchner family. First it was Cristina, second Máximo. And next week, the process will continue.

The economic activity index increased by 10.2% in 5 months

Does he play against Venezuela? The news about Messi that excites all Argentines