Today the elections in FSHF / Albanian Football vote with a president suspended by the court and chaos with the delegates by Java News 15/03/2022 09:23 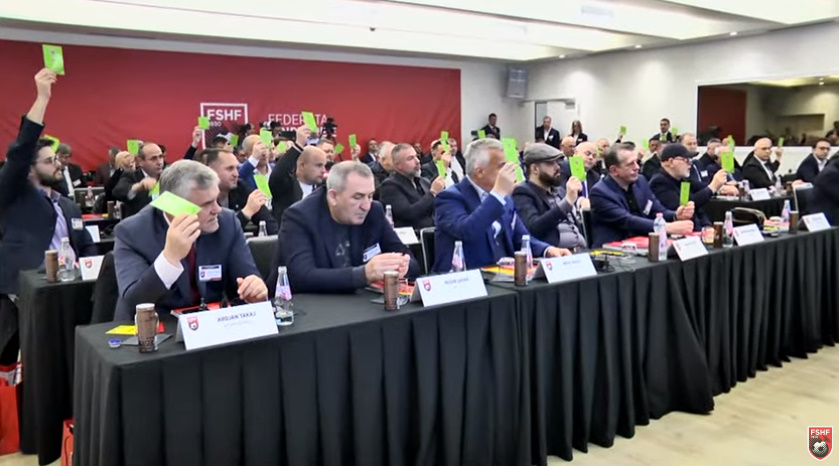 
The regular election assembly of FSHF that was held on March 2 decided that the elections for the post of president of the federation and members of the Executive Committee be postponed for today, at 10:00, in the same environment, in the “Football House” ”.

Present at the March 2 assembly were 41 delegates out of a total of 55. Thus, 14 were not present, among them the delegates of the Tirana Football Association, and during the work of the assembly the delegates present were legitimized. The situation still remains unclear, because we still have a court decision in force that has suspended the president of the ALF, Armand Duka, and the general secretary, Ilir Shulku.

On the other hand, the chairman of the assembly on March 2, Edvin Libohova, stressed that on March 15, so today, the assembly will continue with the same number of delegates. While the president of the Tirana Association, Eduard Prodani, after holding the assembly of the association and expelling the delegates, called on the AFF to recognize those delegates, because otherwise it would be a great shame for the city of Tirana to be left without representation in FSHF./panoramasport

They give him effective prison for stealing a motorcycle, while his accomplice escaped from going to jail