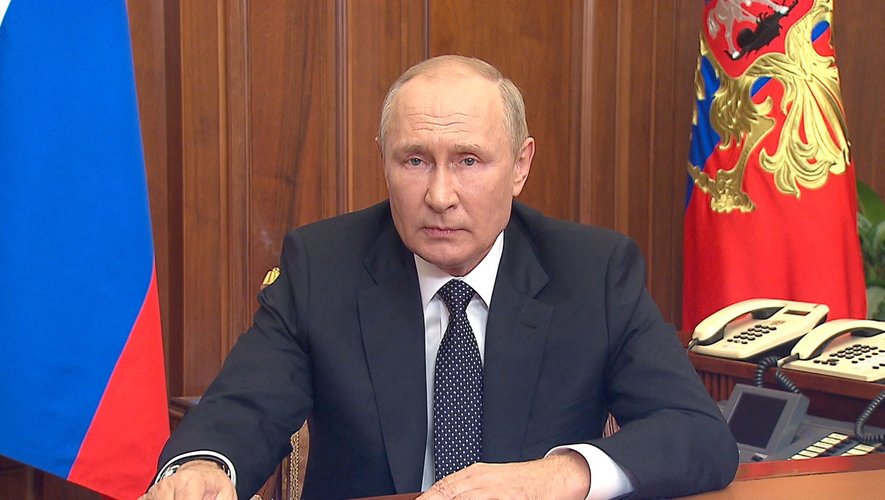 
the essential
Vladimir Putin announced on Wednesday the mobilization of Russian reservists to fight in Ukraine and warns that Russia will use “all means” to defend itself. The neighboring countries of Russia react.

“It’s not a bluff”. Vladimir Putin warns. The Russian president affirmed in a televised address this Wednesday morning a “partial mobilization” of Russians of fighting age. 300,000 citizens will have to go to the Ukrainian front. “The objective of the West is to destroy our country”, assured the Russian president who threatens to use “all the means” at his disposal to protect “Russia and our people”.

The announcements of the Russian president lead to various reactions in the countries bordering Russia.

Lithuania has announced that it is putting its rapid reaction force on alert “to prevent any provocation from Russia”, explained Lithuanian Defense Minister Arvydas Anušauskas.

As Russia’s military mobilization will also take place near our borders, (Kaliningrad region), Lithuania’s Rapid Reaction Force is being put on high alert to prevent any provocation from Russia.

Estonian Defense Minister Hanno Pevkur tweeted that the partial mobilization announced by Vladimir Putin “pushes the West to higher readiness”. He notes in a daily interview Aripaev : “We have seen that Putin does not hold anything back”.

The Finnish Foreign Minister wants to be reassuring. “There is no immediate cause for concern in our neighboring regions”, reports Antti Kaikkonen in the daily Helsingin Sanomat. He assures that the state of preparation of the Finnish defense forces is “good” and that the majority of Russian troops usually stationed near the border with Finland have been moved in the direction of Ukraine.

Schettino out of prison to file documents, the deadline for alternative measures matured

When “Shangri La” tax was paid by the government, the other licensed casino paid its own debts. “trace”

DOCTORS ARE FIGHTING FOR MILJANA Siniša’s father spoke out: Her life was in danger, we are all in suspense

The consumer price index in March was 7.4% compared to March last year