Thievery Corporation is repeating the historic evening at Arsenal in Kragujevac 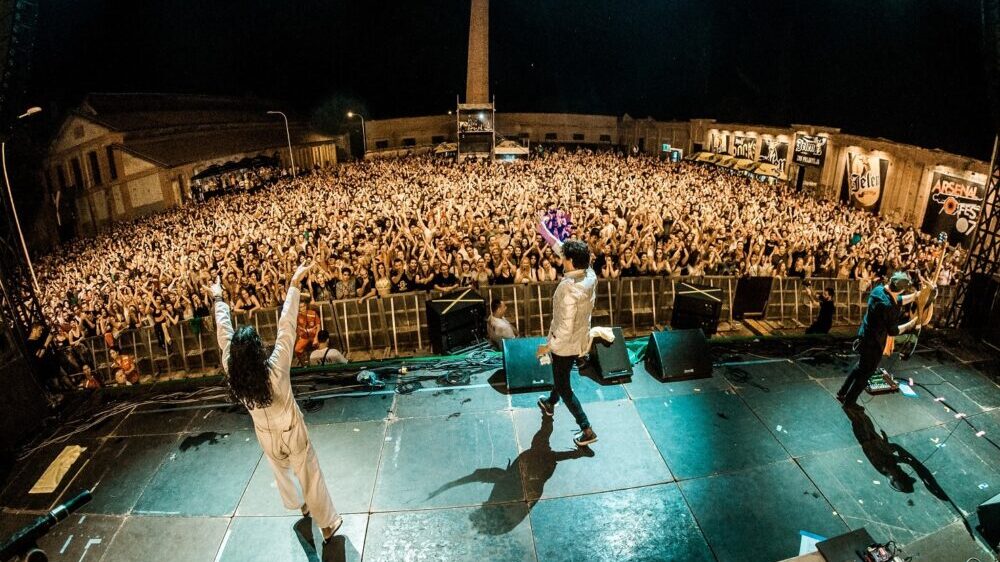 This year, the world’s top music attraction, Thievery Corporation, will perform for the second time on the Main Stage of Kragujevac’s Arsenal Fest 12 (June 30 – July 2), on the final, third night, July 2.

A large American band prepared an unforgettable procession for the visitors of this festival on June 23, 2017, at the seventh edition of the festival. That evening, as many as 12,000 people enjoyed the space of the Rector’s Arsenal, which is a daily record that has not been broken so far.

Serbian fans have an even fresher memory of their spectacular performance at the crowded Tashmajdan Stadium in Belgrade on June 26, 2019.

In April 2020, crossover legends released their 10th studio album, Symphonik, with orchestral versions of their greatest hits from their 27-year career.

The band formed the production and production duo of Rob Garza and Eric Hilton in Washington in 1995.

Thievery Corporation is credited with creating a whole subgenre of electronic music, enriched by the use of reggae, dub, hip-hop, downtempo, Indian trip-hop and bossa nova, which is heard in the songs “The Richest Man In Babylon”, “Sweet Tides”. “Lebanese Blonde”, “Until the Morning”, “Letter To the Editor”.

Thievery Corporation represents a planetary phenomenon. They achieved great success and headliner appearances at mega festivals such as Coachella and Lollapalooza, as well as millions of copies of albums and YouTube reviews, without big radio hits, high-budget videos and the support of big record companies.

“We have so many amazing people on the stage, of different ages, nationalities and backgrounds. That diversity helps us bring the songs from the album to life in front of the audience. We are definitely a fun orchestra, there is no boring moment at our concerts “, Rob Garza points out.

Thievery Corporation are already the third confirmed foreign headliners at this year’s Arsenal.

At the opening, on June 30, the gypsy punk-rock attraction Gogol Bordello will perform, and on July 1, the London alternatives Placebo.

Until Thursday, February 17, the ticket price for the third night, when the Thievery Corporation performs, is 1,500, and later it will be 1,800 dinars. A single ticket for the second day (Placebo) costs 2,000 dinars, and a set of tickets for all three evenings costs 3,000 dinars.

Read more news from this city in a special link.

“The aggressor must lose.” The head of the British Foreign Office said that after each Russian shelling of Ukraine, London will provide more assistance to Kyiv

“I don’t steal anymore, boys”: the particular promise of a thief after winning Quini 6 in Chubut

The difference between vagina and vulva: what are the internal and external organs (which few know)