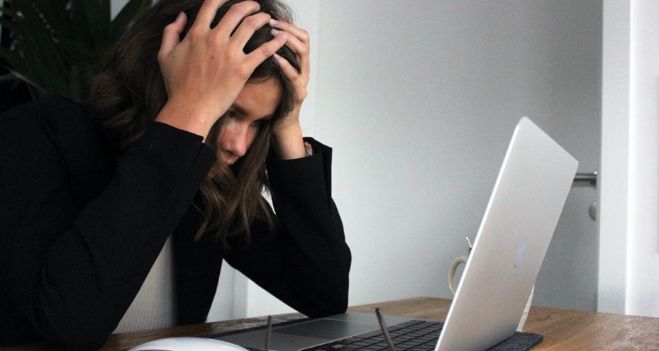 
The research carried out by the Opik group on Social Determinants of Health and Demographic Change at the University of the Basque Country (UPV/EHU) analyzed the relationship between job insecurity and mental health from a multidimensional perspective based on “the EPRES job insecurity scale “, which consists of six dimensions: impermanence, salary, disempowerment, vulnerability, rights and ability to exercise rights.

Each of the dimensions was analyzed separately in order to identify those that potentially had a greater impact on health, based on a sample from the 2018 Basque Autonomous Community Health Survey.

“We saw that there were some dimensions that seem to have a greater impact than others on mental health,” Erika Valero-Alzaga, one of the researchers, told the Infosalus portal of the Europa Press news agency, according to the DPA agency.

The socioeconomic and political transformations “have caused a significant deterioration in the quality of employment and a transfer of risks and insecurity from employers to workers,” added the researcher.

“In addition, job insecurity is not evenly distributed among the working population,” he detailed.

In this sense, the study showed that women tend to occupy lower quality jobs, have more unfavorable contracts than men, lower salary levels and are overrepresented in part-time jobs.

Likewise, job insecurity was more concentrated in young people and in people of lower socioeconomic status.

“Job insecurity has enormously significant negative effects on mental health, so considering the impact that work in general (paid work and domestic and care work) has on people’s lives, it should be a priority to political level,” Valero said.

And he added that, although until now the concern -in Spain- was to end unemployment, which also has a negative impact on health, “it is not just about guaranteeing access to employment, but about ensuring access to a job decent and adequate salary levels”.

In this regard, the results of the study “could help identify the most unfavorable aspects of job insecurity for mental health and thus implement various sociopolitical measures to address them,” Valero explained.

However, he recognized that it is a cross-sectional study that “precludes establishing a principle of causality between job insecurity and mental health”, and stressed the need to promote new research to adapt and analyze the EPRES scale in self-employed workers, as well as in people who do not have an employment contract. (Telam)

Mining suppliers ask to be consulted for contract reduction

Hospitalizations are no longer falling, New Zealand is easing its measures… the point on the coronavirus

If you are the parent of a boy, these are the main things you need to learn

A special greeting: De Rossi’s message to Carlos Tevez on his arrival at Rosario Central