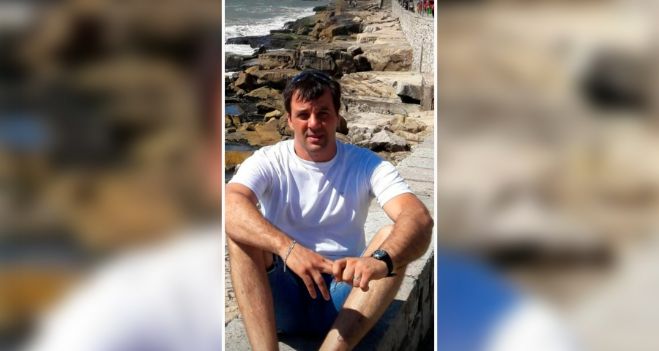 
A judge of guarantees issued the preventive detention of the man accused of the triple homicide of his brother in 2019, his 10-year-old daughter in 2021 and his mother in April this year, who died while hospitalized in the Buenos Aires city of San Nicolás, informed judicial sources. The decision was made by the judge of San Nicolás, Román Parodi, by validating the request made by the prosecutor María Belén Baños regarding the prosecution of Pablo Damián Grottini (42).

Judicial sources informed Télam that the magistrate considered the statements of witnesses and the analysis of the accused’s computer to be key, where it was detected that he searched Google “what happens if I inject air into the veins” or “how long after introducing air the heart attack”, among other issues. The man was prosecuted with preventive detention for the crimes of “homicide doubly aggravated by the bond and by treachery” to the detriment of his mother and daughter, while for the death of his brother Gabriel (32 ) did so with the legal qualification of “aggravated homicide by treachery”.

In addition, the prosecutor charged him with the crime of “harm” because a witness testified that two days after the brother’s death he saw Grottini kill the victim’s dog by giving him an injection. The accused had denied in his preliminary statement the testimonies of some nurses from the hospitals where his relatives were hospitalized and justified the history of his internet searches, in which he consulted for information on “what happens if I inject air into the veins” and “how long after introducing air the heart attack occurs”, saying that he performed them with the intention of committing suicide.

Grottini began to be investigated on April 23 after the death of his mother Teresita Di Martino (61), who was taken by her sick son to the San Felipe de San Nicolás Hospital, where she reported feeling dizzy and distressed by the death of another son. and his granddaughter, which occurred some time ago. After carrying out the corresponding studies, the doctors confirmed that she was recovered, so they planned to discharge her, although while she was hospitalized in box 3 of that health center, in the care of her son Grottini, he stated that the serum “lost”. The nurse on duty found that he was punctured, pierced from side to side, and observed that the man’s clothing was wet, according to what is recorded in the case.

Judicial sources added that, an hour and a half later, Grottini called the nurses again, who confirmed that Di Martino had died.

“Then it was determined that the new serum that the nurse had placed was also punctured, this time with a single hole in the hose, and an open ampoule of diazepam was found in the same box where the patient was, which had not been found. been prescribed for any patient that day,” according to a judicial statement.

While this episode was being investigated, it emerged based on testimonies from acquaintances and neighbors that a brother of Grottini, named Germán, who was 32 years old and was an athlete and lifeguard, had died in similar circumstances, as had his 10-year-old daughter Ailén. years old, who suffered from maturational delay. Faced with this situation, the prosecutor ordered to investigate and impute her three deaths and ordered the girl’s body to be exhumed on May 3 for an autopsy, which has not yet produced results.

REPO: The App that revolutionized purchases in wholesalers.

“It feels like life has abandoned her.” Arestovich appreciated “Miss Crimea 2022” and examined close to her tattoo on her chest

The man who attacked the Vice President refused to testify

Jorge Macri supported Berni in the claim to lower the age of imputability: “It is essential”