They mock you to your face: First they pretend they didn’t take money for long-term care, then they claim it has nothing to do with illegals! 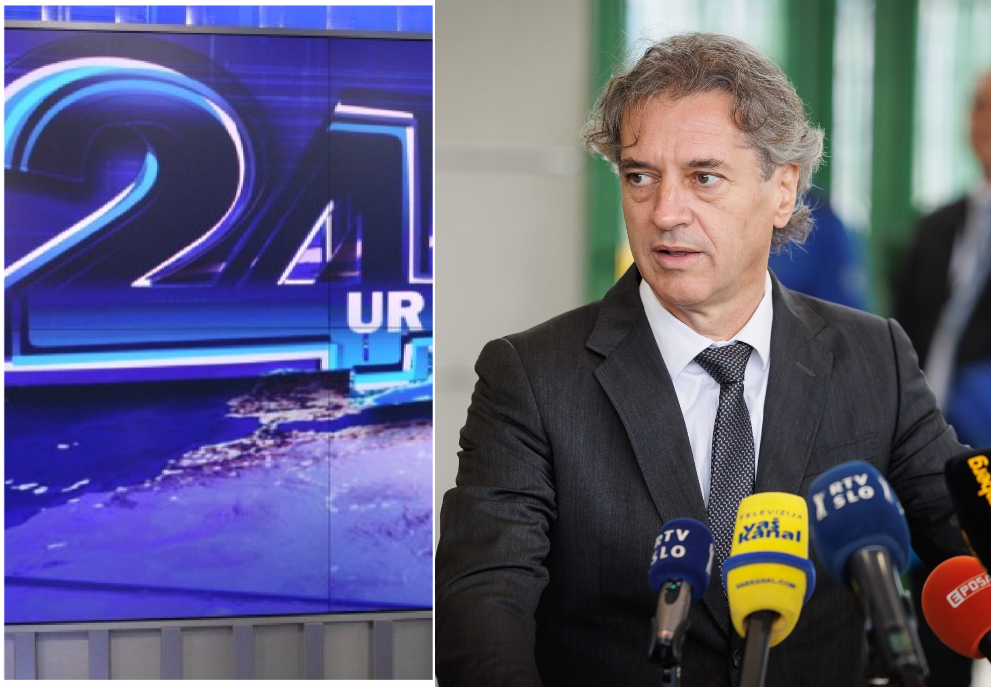 They mock you to your face: First they pretend they didn’t take money for long-term care, then they claim it has nothing to do with illegals!

When approving the budget for the next two years, Saša Jazbec, State Secretary of the Ministry of Finance, explained that requests for international protection are increasing, so the budget is being adjusted to reality. At the same time, she also asserted that the money does not go to migrants at the expense of long-term care. But the fact is that funds for long-term care under the Ministry of Health were reduced by 79 million, and 52 million euros were added to migrants. For 52 million, we can say with certainty that they have spilled over from long-term care to migrants. For the record, the government’s Office for the Care and Integration of Migrants states that the budget allocated to migrants has increased to a large extent due to the Ukrainian crisis – but official figures show quite the opposite – the vast majority of funds go to illegal migrants.

Yesterday, the National Assembly approved the budgets for 2023 and 2024. Government Robert Golob that is, the individual departments are planning that next year the funds for long-term care under the Ministry of Health would be reduced by just under 80 million euros, while under the Ministry of Labour, Family, Social Affairs and Equal Opportunities it would be increased by 17 million euros. Funds for the care and integration of migrants would also increase – by 52 million euros -, he states 24 hours and determines whether Golob’s government really took funds from long-term care and allocated them to migrants, as SDS claims.

The Ministry of Finance, of course, rejects these statements. “We can ensure that planned funding for long-term care has not been reduced in order to increase it for migrant care. There is no connection between them,” they confirmed for 24 hours and pointed out, among other things, that individual ministries do not have visible funds that they have at their disposal in accordance with the approved program from the Recovery and Resilience Plan. Maybe we don’t understand something again, but it seems that their explanation in no way means that almost 79 million were not withdrawn from the Ministry of Health. And their explanation also does not change the fact that they allocated almost 52 million more to the care and integration of migrants. True, we can argue whether the migrants got so much more at the expense of long-term care or something else – but the result of the transfer of funds can be seen from the plane: 79 million less for long-term care, and 52 million more for migrants. Even if we take the 17 million transferred to the Ministry of Labor as a reserve, the fact remains that 52 million could have been left where they were. 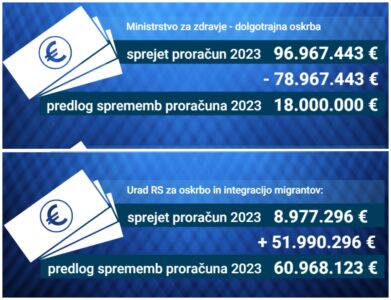 The Ministry claims that there are no funds for long-term care – at the same time, these funds are apparently found for the care of migrants

“The proposal for changes to the state budget for 2023 has been prepared based on the proposals of the ministries. The departments prepared their proposals for financial plans in such a way that they included legal obligations and other activities that can be implemented in the next year,” they also said at the Ministry of Finance – and on the 24ur portal they translated it as if the fact that Golob’s government took funds for long-term care and allocated them to migrants is not true. “The planning of 97 million euros is irrational and unrealistic, and it also seemingly and unnecessarily increases the budget deficit. The government is aware that it cannot implement the funds based on the existing Long-Term Care Act due to unrealistically designed measures and non-existent funding sources,” explained the Ministry of Finance. But it is more than obvious that there are funds, if they could allocate them to migrants. If funds are diverted from long-term care to migrants, does that suddenly no longer mean that “the budget deficit is increasing unnecessarily”? Golob’s government is clearly making fools of the people, and the mainstream media is still supporting them.

The Government’s Office for the Care and Integration of Migrants explains that the budget allocated to migrants has increased to a large extent due to the Ukrainian crisis. “For refugees from Ukraine, the costs are planned in accordance with the Act on the Temporary Protection of Displaced Persons and represent around 75 percent of the increase in the office’s budget,” they told 24ur. But even their explanation is worth doubting. This August, there were 6,500 Ukrainians in Slovenia, many of whom have already found work. On the other hand, 21,467 illegal border crossings were processed in the period from 1/1/2022 to 31/10/2022 – and most of these people, of course, also apply for asylum, as they do not want to return to their country. Also the police states that in the period from 1/1/2022 to 31/10/2022, 21,452 expressed intentions to apply for international protection were processed, while 7,151 applications for temporary protection were received since the beginning of the Ukrainian crisis. It is therefore quite clear that the increase in requests for international protection cannot be attributed to Ukrainians, but to a much greater extent to illegal migrants who are caught by the police upon entering the country. According to calculations from a few years ago, each migrant costs our country approximately 1,900 euros gross per month. In the case of 21,452 illegal migrants who apply for asylum, this amounts to just under 41 million – and the rest can be concluded to be temporary protection for Ukrainians. According to this calculation, it is absolutely clear that Golob’s government primarily cares for illegal migrants, but not for the long-term care of Slovenian citizens. The statements of the Government Office for the Care and Integration of Migrants are not true. 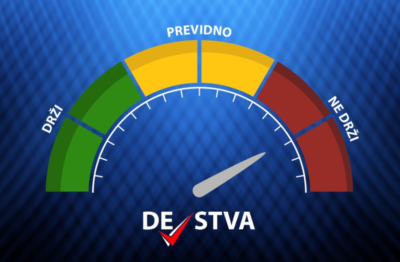 The EP adopted the resolution: Progress of Serbia towards the EU and money from the funds only if it imposes sanctions on Russia

Dialogue with mutual trust is necessary in EAEU. Pashinyan

Boxing: a young Mexican boxer dies five days after being knocked out in the ring

“There’s still a year before the competition, everything will be fine by then.” Johnson said that “Eurovision 2023” should be held in Ukraine