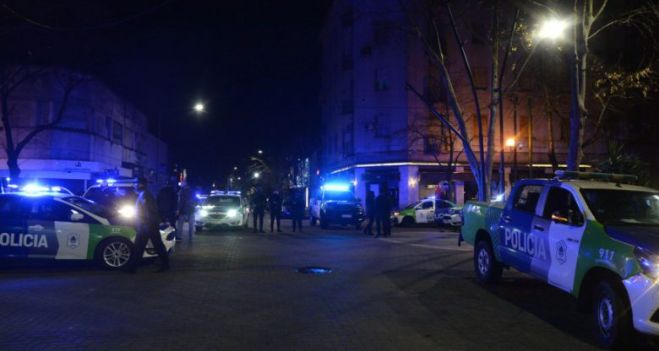 
The owner of a butcher shop in the Hurlingham district of Buenos Aires was kidnapped by a gang that captured him at the door of his business and released him five hours later after negotiating with the family and collecting a ransom of 2,000 dollars and 280,000 pesos, sources reported today. judicial.

The victim of the event was a 66-year-old merchant -his identity is being kept confidential to protect him-, owner of a butcher shop located on Gorriti Street, in the Miter neighborhood of Hurlingham, in the western suburbs.

According to sources, the victim was safe and sound today and was going to testify before investigators this afternoon.

It all started after 4 p.m. yesterday, when the man came walking from his home near the butcher shop, to reopen the premises in the afternoon, and was intercepted at the door by a group of armed criminals who threatened him, put him in a vehicle and they took him captive.

The captors communicated with the family to notify them that they had kidnapped him and one son and one daughter of the four that the victim has, assumed the role of negotiators with the criminals.

The family filed a complaint with the Police and, as it was a kidnapping for extortion, the federal prosecutor of Hurlingham, Santiago Marquevich, who in turn is the head of the Specialized Fiscal Unit for Kidnapping for Extortion (Ufese) began to intervene in the case. .

At the police level, the federal prosecutor put the detectives of the Departmental Investigation Delegation (DDI) of Morón to work.

After just over five hours of captivity, the family agreed with the captors to pay a ransom of 2,000 dollars and 280,000 pesos, which took place at 9:30 p.m. last night in the town of Ingeniero Budge, Lomas de Zamora district, in the south of the suburbs

The merchant was released near the payment site after the gang fled with the ransom money.

“We are working to identify the criminals. At the moment we do not rule out any hypothesis: it could be a random act or that the gang had some type of information about the victim to choose her for this kidnapping,” a judicial source directly linked to Télam told to the investigation.

The cause was labeled as “extortive kidnapping aggravated by the collection of the ransom.”

The use of chinstrap is once again mandatory in Brazil

The most disappointing video games of 2021 Follow us Join our community!

COVID in Albania: Three citizens lose their lives in 24 hours, another 538 are infected!

“I am sad”: Baby Etchecopar spoke of the decision to broadcast his program amid the problems in A24

Against the background of the deepening social crisis of Armenia, the economic dependence on Turkey is increasing