They ignited a small euphoria in Panathinaikos, let it be in the national team 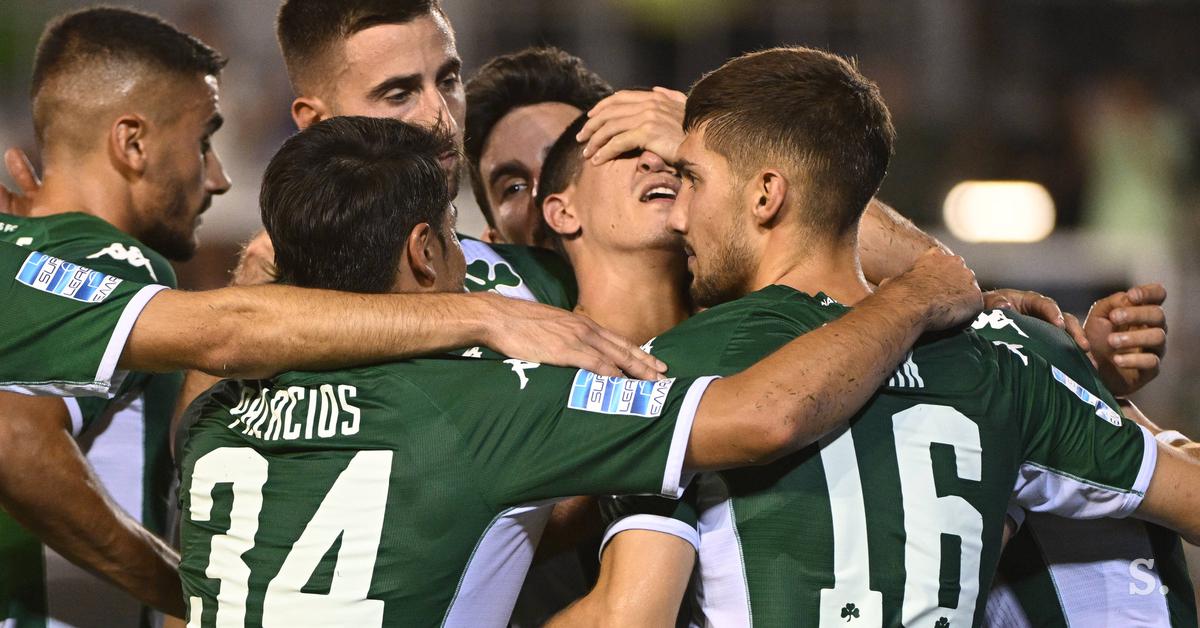 What does the Slovenian national football team need most? What the three representatives managed in Panathinaikos – a series of victories. “There is a positive energy around the club. With five consecutive victories, we ignited a little euphoria,” said Adam Gnezda Čerin on the sidelines of preparations for the Nations League match with Norway.

For the protégés Matjaža Kek there are three days of training before the last two Nations League games – on Saturday at home against Norway and on Tuesday away against Sweden. They are currently fourth in their B League group, a point behind Sweden. Third place means remaining in the second quality group of this competition. Although they have only two points from the first four games, there is no lack of confidence in the national team. This is what the young midfielder said at the press conference Adam Gnezda Čerin: “We have two tough matches ahead of us, two quality opponents, but we can compete equally with all of them. We showed this last but not least in the summer, when we played some excellent halves, but unfortunately also some worse ones, which in the end can be seen in the score. We motivated enough and I’m sure we can win both games. Our goal is to stay in this division.”


These days, there is a lot of talk about the biggest star of the Norwegian national team Erling Haaland, who already scored 14 goals in ten games at the beginning of this club season. “He is a fantastic striker, about whom there is no need to waste words. But we already proved in the first game that we can cut him off. We have to stop the entire Norwegian team and prevent the flow of quality balls at the height of the penalty area,” Gnezda Čerin described the plan for the match somewhat . Haaland is also appreciated by the defender Žan Karničnik. “We know that he is one of the best strikers in the world, who plays excellently. He is quality, but he still needs teammates who work for him.” So if they stop Norway as a whole, they will also stop Haaland.

Panathinaikos, with three Slovenians, is undefeated in the Greek league this season.
Photo: Gulliver Image


With a victory against Norway, the football team would once again ignite a fire among the fans. In the last period, they were more interested in the basketball and volleyball national teams. Three representatives from the club know what it’s like when you start winning in a row. Andraž Sporar, Benjamin Verbić and Gnezda Čerin play together for Panathinaikos. After five rounds of the Greek league, he is the leader with five wins. “There is a positive energy around the club at the moment. With five consecutive victories, we ignited a small euphoria, because the fans recognized that we can do something more this year,” said Gnezda Čerin.


For 23-year-old Adam, Panathinaikos is the third club abroad. After leaving Domžal, he played for Rijeka and Nürenberg. He played all five league games for the Greek giants, as well as two in the conference league qualifiers. “I’m happy with the minutes, because I played all the games from start to finish. I’m happy that the coach trusts me to collect points and play well as a team.” Šporar also played in all seven matches. Otherwise, he only played two full games, but he scored three goals. The fierce rush of the opponent’s goalkeeper in the last match did not leave any consequences. Verbič also has one goal from the first seven games for the Greek club. “In my opinion, it is very positive that there are three Slovenians in the club. Both for the national team and for the club. We help each other and everything is much easier,” said Gnezda Čerin.

“The virus has affected Europe” / Ministry of Agriculture for bird flu: It has been confirmed in Durrës, Dibër and Korçë!