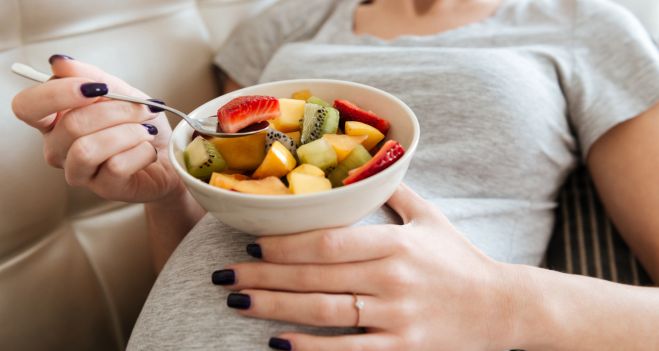 
Unborn babies in the womb react with different facial expressions to the tastes and smells of the foods their mother eats, according to a study carried out by researchers from the British University of Durham and the French University of Burgundy.

In the study published by the journal Psychological Science, scientists came to this conclusion for the first time. After analyzing 4D ultrasound scans performed on 100 women aged 18 to 40 who were 32 to 36 weeks pregnant, according to the AFP agency.

These images have allowed us to observe the way in which future babies react when their mother eats carrot or kale. When faced with the carrot, the fetuses showed a “laughing face”, while those whose mother had eaten cabbage had a “tearful face”, the scientists claimed.

“Several studies had suggested that babies could taste and smell in the womb, but they were based on results after birth. Our study is the first to emphasize these reactions before delivery,” said Beyza Ustun, a researcher at Durham University and lead author of the study.

The human being perceives flavors by combining taste and smell. In fetuses, the researchers believe the mechanism could be through the amniotic fluid in the uterus.

“By looking at the facial reactions of the fetuses, we can surmise that pass a series of chemical stimuli in the feeding of the mother in the environment of the fetus”, said Professor Benoist Schaal, from the University of Burgundy and co-author of the study.

“This could have a very important role in our understanding of the development of our taste and olfactory receptors, as well as the perception and memory with which they are linked,” he continued.

According to the researchers, These results could contribute to informing mothers about the importance of a healthy diet during pregnancy.

The study authors also began to analyze whether the diet of pregnant women could have an impact on the preferences of the baby after birth.

4 signs that your relationship is toxic

Conference on breastfeeding in Paysandú

Freimut: Abroad, I am one of the “out”. If I’m not here tomorrow, they’ll just quietly bury me

PAHO warns of increased cases of covid-19 in America